Heartbreaking photo of dog waiting for his master – a missing pilot

Waiting for a master who will never come home: Heartbreaking photo captures a German Shepherd sitting at the front gate for pilot owner who died in a plane crash

The pet dog of a pilot killed when his light plane crashed in Queensland sits patiently waiting at the front gate of his property – unaware his master will never come home.

Marcel Van Hattem, 52, and his 31-year-old female passenger had been missing since the Yak-52 plane they were flying in was last seen on Wednesday morning.

Dutch-born Hattem was taking the mother-of-one on a joy ride above the Gold Coast on Wednesday to celebrate the woman’s upcoming birthday.

But at some point after 10.30am the aircraft lost contact with ground crews, before a rescue team found debris matching the plane on South Stradbroke Island at 5.30pm. 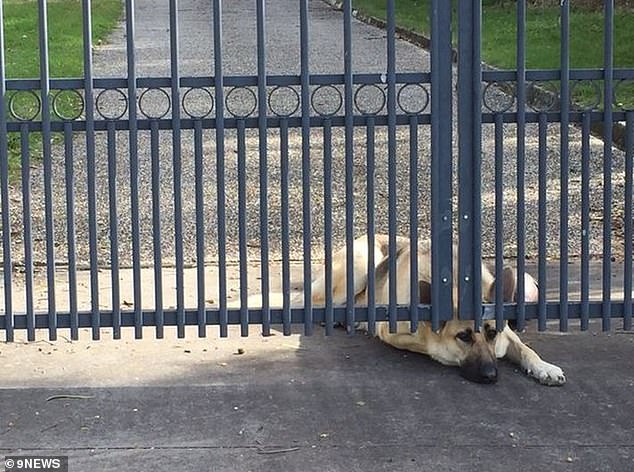 The pet dog of missing pilot Marcel Van Hattem sits at the front gate to his Gold Coast property waiting for his master to come home (pictured). Mr Van Hattem’s body was found on Thursday afternoon, while grave fears are held for his 31-year-old female passenger 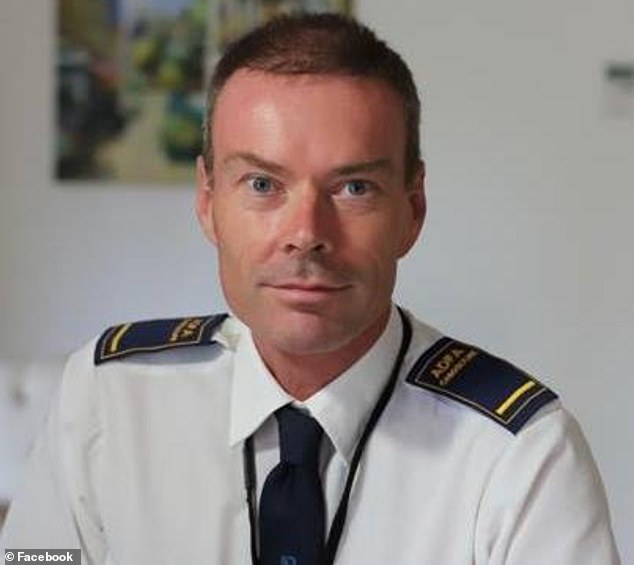 Police said the pair had intended to be up in the air for only 30 minutes, but despite this the alarm wasn’t raised until later in the afternoon.

Rescue crews found part of the plane’s propeller at 5.30pm on Wednesday, before a large section of the aircraft’s body was discovered overnight.

The search for the body of the woman – who has an 11-year-old daughter – continues and is being regarded as a recovery mission.

The president of the Southport Flying Club, where Mr Van Hattem took off and was planning to land, said it was clear something had gone horribly wrong.

Neil Aitkenhead said Mr Van Hattem was a regular at the club’s airstrip and was well-respected and proficient.

‘He could have landed anywhere. It wasn’t until investigations dug deeper and found it was only intended to be a 30-minute flight that the alarm was raised.’

Mr Aitkenhead said flying conditions were perfect when the group climbed into the Soviet-era Yak 52 and took off at 10am on Wednesday. 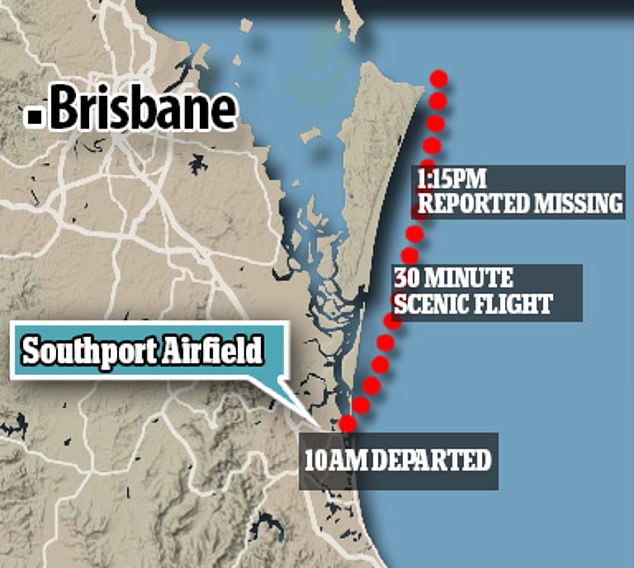 The vintage plane departed Southport around 10am and was reported missing around 1.15pm by Air Traffic Control 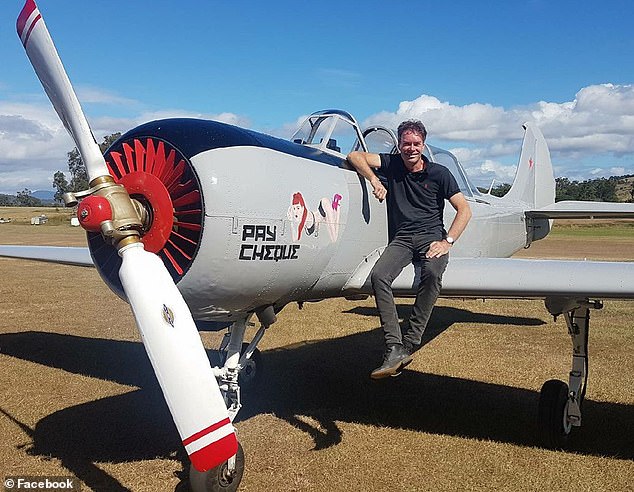 Dutch-born Hattem, 52, was taking the young mother – his friend – on a quick joy ride over the Gold Coast to celebrate the woman’s upcoming birthday

The plane was spotted flying over South Stradbroke Island about half an hour later.

It is the same type of plane as one that plunged into the ocean in the same area 11 years ago, killing the pilot and passenger.

Experienced pilot Barry Hempel and his passenger, Ian Lovell, died when that Soviet-made Yak-52 crashed into the ocean off South Stradbroke Island in August 2008.

Search efforts are continuing on Thursday, with specialised underwater sonar equipment brought in.