TWO hikers have been left furious after they were hit with a £70 parking fine – despite leaving a fiver and a note on their car's windscreen.

Andrew Frith and Olivia Donnelly drove to Snowdon in Wales for a hike, leaving their car in a pay-and-display park. 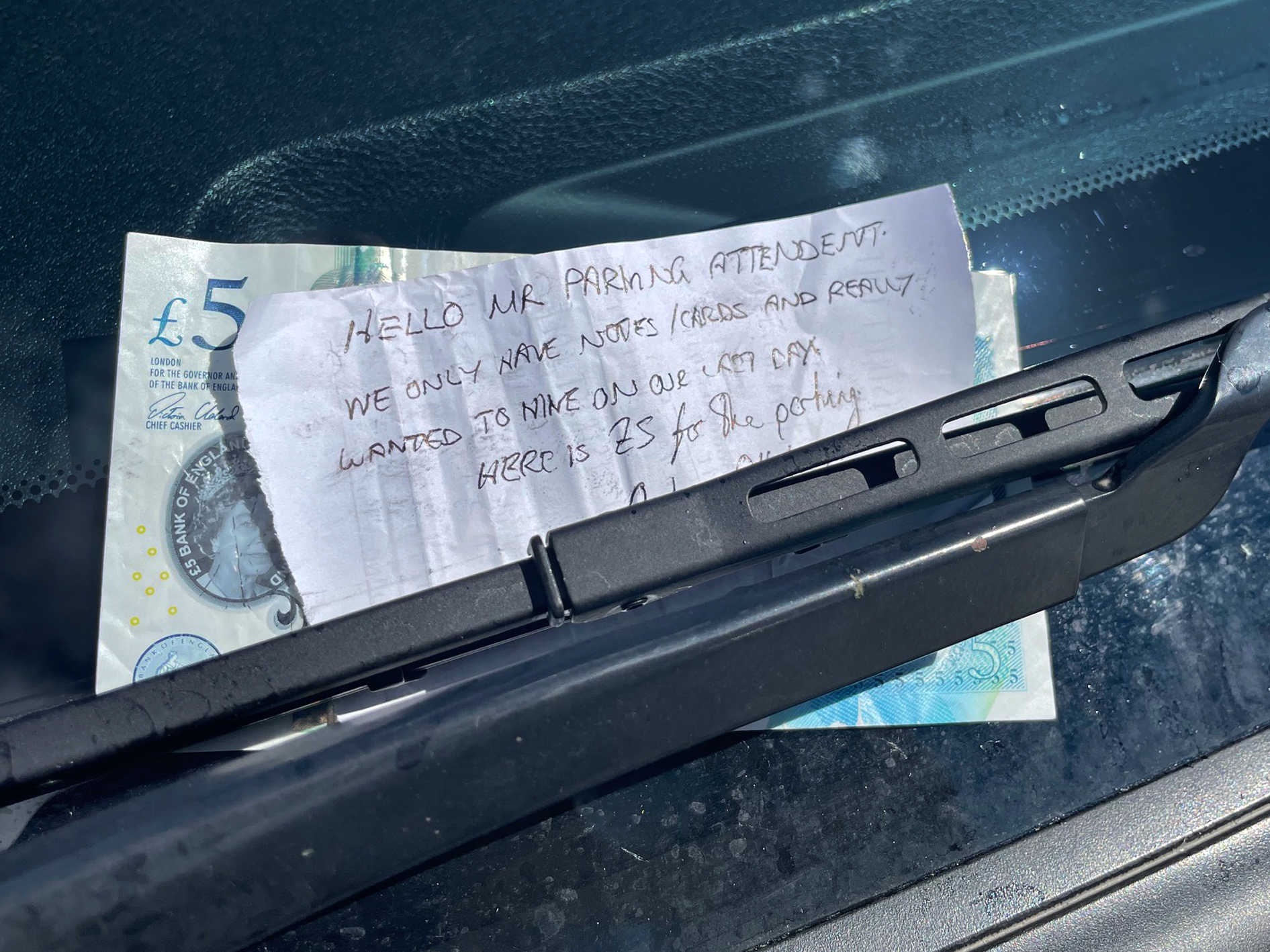 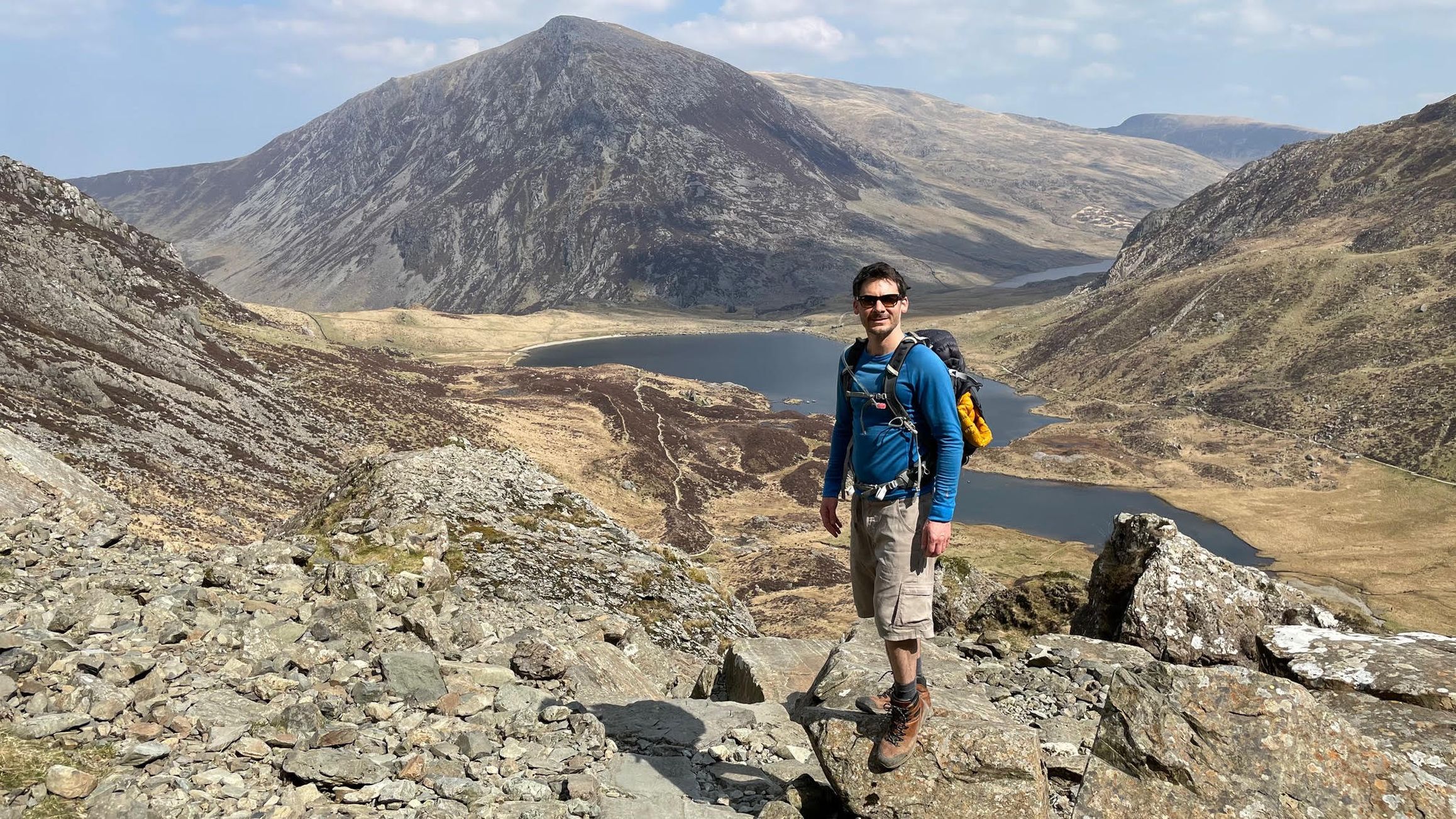 They arrived at Snowdon believing all car park ticket machines would accept cashless payment given concerns over the Covid-19 pandemic.

They left £5 – more than enough to cover the cost of a ticket – along with a note explaining their situation.

However, the couple were shocked to find on their return to their car that they had been slapped with a £70 fine.

They've accused Gwynedd Council of being petty and said the incident sent out the wrong message to visitors who try to behave honestly.

They fear too many walkers are being unnecessarily penalised by “money-making” officials who put council coffers before tourism goodwill.

The West Midlands couple, who have a home in Y Felinheli, parked near Gwastadnant as the Pen-y-Pass car park was already full.

It charges £2 per person but, as some visitors have previously found to their cost in the past, the machine only accepts coins.

“We did not bring coins in view of past government guidance that they could encourage the spread of Covid,” said Andrew, a 42-year-old financial consultant.

“We had to pay £4, so we asked around and were given £5 by another hiker, who very generously refused to take any promises from us.

“The banknote was left under the wiper with a friendly note to the parking attendant.

“So we were very disappointed to arrive back later to find a penalty notice.
“It is a sad state of affairs when genuine people who do the right thing are still penalised.

“Surely the parking system is not in place to target this type of goodwill and honest behaviour?”

Gwynedd Council said a cashless payment system has been introduced in the "vast majority" of its pay-and-display car parks.

A spokesperson said: “Some locations mean that it is difficult to introduce this system due to internet and phone coverage and we have raised the matter with the company that provide us with this service.”

As it happened, Andrew and Olivia, an NHS clinical psychologist, were making a “farewell walk” up Snowdon to mark the end of their relationship.

So they told the parking attendant in their note that they "really wanted to hike on our last day".

After tackling the Miners and Pyg tracks, they returned to the car park to find they had been fined.

Andrew said the issue was less about the money and more about the principle.

He said: “We regularly go hiking in Snowdonia and I’m the kind of person who likes to pay for parking when it’s not really necessary, as the proceeds go to fund local services and facilities.

“Over the last 12 months I must have paid £50 more than I needed to on parking.

“So all we’re calling for is a little common sense and a bit of human decency.

“It should have been clear to the parking attendant that we were happy to pay – and did pay.

“The £5 we left was more than the cost of the parking ticket. Clearly we risked someone stealing the money but for us, morally, paying for our parking was the right thing to do.”

An appeal to Gwynedd Council fell on deaf ears, other than a reminder the fine would be halved if paid within 14 days.

Andrew said he was a frequent user of Snowdonia's car parks and was aware of the number of fines dished out.

“I made sure I parked carefully within the designated area, as you often see vehicles with penalty notices for being a couple of inches over the line,” he said.

“Snowdon has become a money-making hotspot where it doesn’t matter if you try to do the right thing – you still risk being penalised.”

Gwynedd Council said penalty notices include advice on how appeals can be lodged by those who feel they have been fined unfairly.

“Every appeal is thoroughly assessed,” a spokesperson said.

“At the end of this process, should the complainant remain unhappy, they have the right to appeal to an independent adjudication body.”

Andrew accepts that, by the letter of the law, the lack of a pay-and-display ticket meant they risked a fine.

However the couple hoped that common sense would apply.

“I’m sure the parking attendant could have found a way,” he said.
“Add it to petty cash at the end of the day, or even donate it to charity.

“Everyone has rules but this was not in the spirit of them, nor was it morally justifiable.” 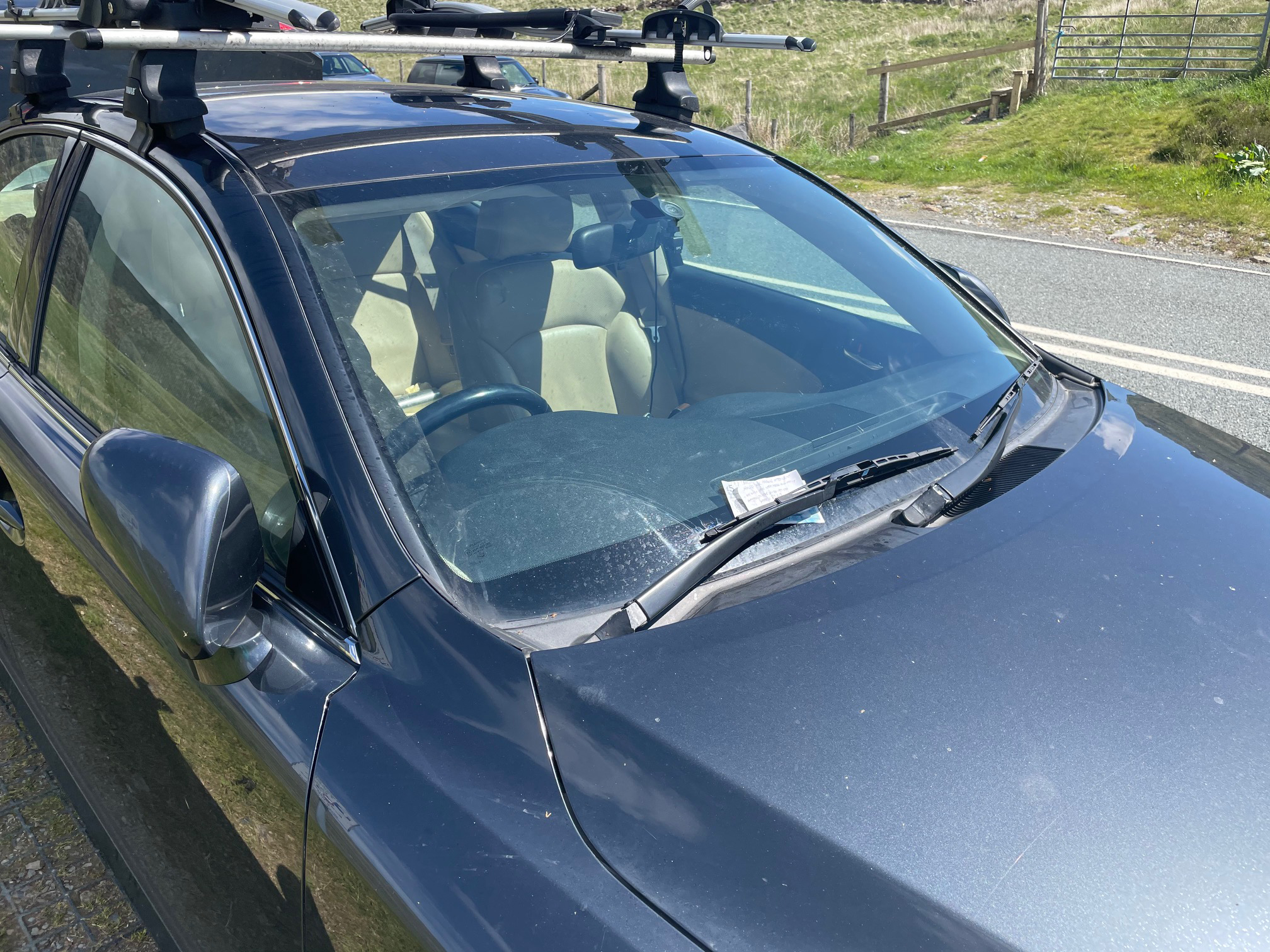