HONG KONG (Reuters) – Hong Kong braced for multiple anti-government demonstrations on Friday and a “stress test” of the airport this weekend, as weeks of protest in the Chinese-ruled city showed no signs of let-up amid rising tension between China and some Western nations. 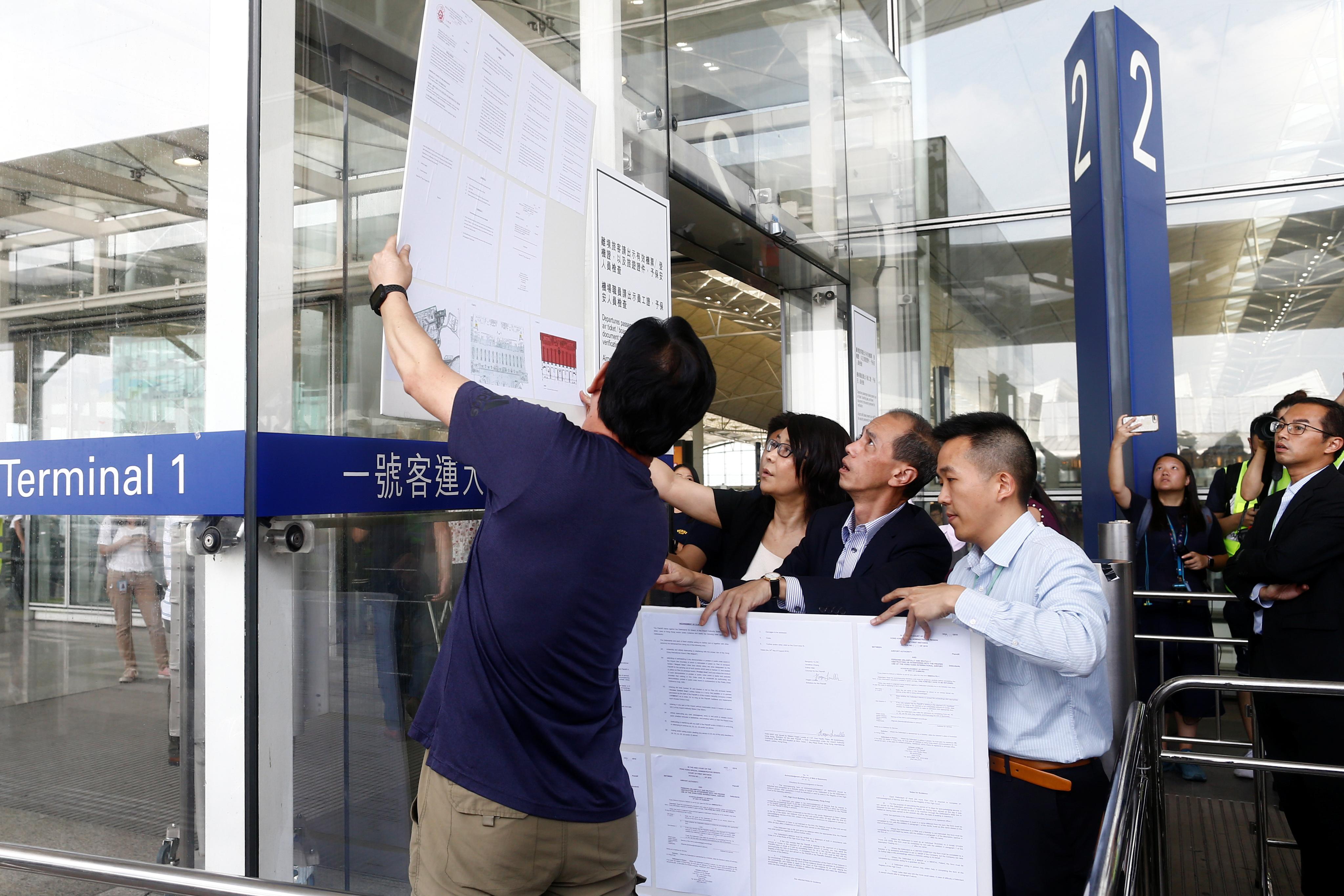 “Go to the airport by different means, including MTR, airport bus, taxi, bike and private car to increase pressure on airport transport,” protest organizers wrote online ahead of a protest this weekend.

The airport, built on reclaimed land around an offshore island and reached by train or a highway over interlocking bridges, was forced to close last week and hundreds of flights were canceled or rescheduled when protesters and police clashed.

The Airport Authority published a half-page advertisement in major newspapers urging young people to “love Hong Kong” and said it opposed acts that blocked the airport, adding that it would keep working to maintain smooth operations.

The protests, originally over a now-suspended bill that would have allowed extraditions to China, have plunged the former British colony into its worse crisis since its return to China in 1997 and pose a major challenge to Chinese President Xi Jinping.

The unrest has widened into calls for greater freedom, fueled by worries about the erosion of rights guaranteed under the “one country, two systems” formula, adopted after the handover, such as an independent judiciary and the right to protest.

The Canadian consulate said it had suspended travel to mainland China for local staff, just days after an employee of the city’s British consulate was confirmed to have been detained in China.

China has said that Simon Cheng, the consulate employee, was detained in the border city of Shenzhen neighboring Hong Kong. Beijing has accused Britain and other Western countries of meddling in its affairs in Hong Kong.

Canada’s latest travel advisory on Thursday warned that increased screening of travelers’ digital devices had been reported at border crossings between mainland China and Hong Kong.

Friday’s protests included a march by accountants and a “Baltic Chain” in which protesters will join hands across different districts in the evening.

“A lot of bosses are apolitical. However, politics comes to you even when you try to avoid it,” Kenneth Leung, a lawmaker for the accountancy “functional constituency”, told protesters.

“…We used to be ranked as the freest economy in the world for almost 20 years. Can we keep the ranking? No, it’s over. Our core values are integrity and honesty. We need to stick to our international core values.”

BACK IN THE USSR

In 1989, an estimated two million people joined arms across three Baltic states in a protest against Soviet rule that became known as the “Baltic Way” or “Baltic Chain”.

“The ‘Baltic Way’ brought the world’s attention to their cause and inspired following generations,” the rally organizers said in a statement. “We plead that you will not look away at this crucial time. Stand with Hong Kong.”

The protests have drawn corporate casualties such as Cathay Pacific (0293.HK) amid mounting Chinese scrutiny over the involvement of some of the carrier’s staff in protests.

Cathay confirmed on Friday that Rebecca Sy, the head of Cathay Dragon’s Airlines Flight Attendants’ Association, was no longer with the company. Her departure follows the shock resignation of Cathay Chief Executive Rupert Hogg last week.

Sy said she was fired immediately after managers saw her Facebook account without being given a reason.

The carrier has become the biggest corporate casualty of the protests.

The Hong Kong Confederation of Trade Unions called on Cathay to end to what it described as “white terror”, following Sy’s sacking. It said 14 people had been fired so far in connection with the protests and it described Sy’s dismissal as a “blatant act of suppression”.

The protests are already taking a toll on the city’s economy and tourism, with the special administrative region on the cusp of its first recession in a decade.

Corporations, including big banks and property developers, have called for a restoration of law and order, while exhibitors are seeing widespread cancellations.

“We condemn the use of violence and support the rule of law because it is fundamental to the future of Hong Kong. We look forward to a peaceful resolution,” chief executive and president Ng Keng Hooi said at a briefing to discuss first-half results. 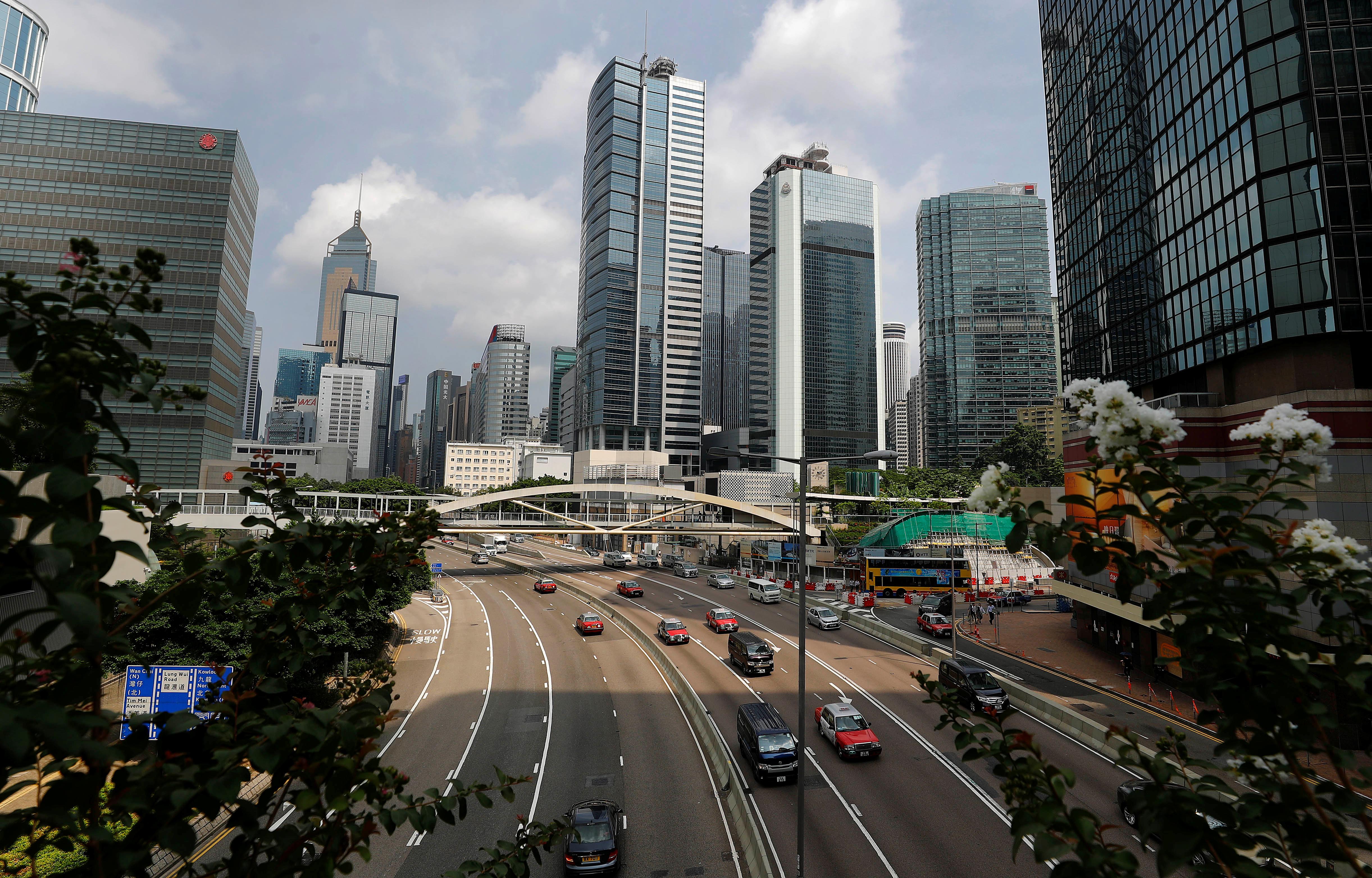 Demonstrators have five demands: withdraw the extradition bill, set up an independent inquiry into the protests and perceived police brutality, stop describing the protests as “rioting”, waive charges against those arrested, and resume political reform.

Beijing has sent a clear warning that forceful intervention is possible, with paramilitary forces holding drills just over the border.

END_OF_DOCUMENT_TOKEN_TO_BE_REPLACED

END_OF_DOCUMENT_TOKEN_TO_BE_REPLACED
Recent Posts
We and our partners use cookies on this site to improve our service, perform analytics, personalize advertising, measure advertising performance, and remember website preferences.Ok