HONG KONG (Reuters) – Scuffles broke out between demonstrators and police in Hong Kong on Thursday as hundreds of people kept up a protest against a planned extradition law with mainland China, a day after police fired tear gas and rubber bullets to break up big crowds.

Protests around the city’s legislature on Wednesday forced the postponement of debate on the extradition bill, which many people in Hong Kong fear will undermine freedoms and confidence in the commercial hub.

Hong Kong’s China-backed Chief Executive Carrie Lam condemned the violence and urged a swift restoration of order but has vowed to press ahead with the legislation despite the reservations about it, including within the business community.

The number of protesters milling about outside the legislature in the financial district fell overnight but rose again through the day on Thursday to about 1,000 at one stage.

They expect the legislature, which has a majority of pro-Beijing members, will try to hold the debate at some stage, though it issued a notice saying there would be no session on Thursday.

“We will be back when, and if, it comes back for discussion again,” said protester Stephen Chan, a 20-year-old university student.

“We just want to preserve our energy now.”

Earlier, some protesters tried to stop police from removing their supplies of face masks and food and scuffles broke out.

A clean-up got underway to remove debris like broken umbrellas, helmets, plastic water bottles and barricades from the streets after the previous day’s clashes. Police fired rubber bullets, tear gas and pepper spray on Wednesday in a series of skirmishes to clear demonstrators from the legislature.

Hong Kong Police Commissioner Stephen Lo said what began as a peaceful gathering on Wednesday had degenerated into a riot with protesters “acting violently in an organized manner”.

Police arrested 11 people and fired about 150 tear gas canisters at the crowd. The city’s hospital authority said a total of 81 people were injured in the protests. 22 police were injured according to Lo.

Police also later arrested two students at the University of Hong Kong after a raid on a student hall of residence, according to an official at the university. The police gave no immediate response to Reuters inquiries on what charges the students face.

In Beijing, foreign ministry spokesman Geng Shuang said the Chinese government “strongly condemns the violent behavior and we support the (Hong Kong) government in dealing with it according to law”.

In the United States, senior congressional lawmakers from both parties responded to the crisis by introducing legislation that would require the U.S. government to provide an annual justification for the continuation of special business and trade privileges afforded to Hong Kong.

“If the extradition bill moves forward and Hong Kong’s autonomy and democratic institutions continue to erode due to interference from the Chinese government, the Congress has no choice but to reassess whether Hong Kong can receive preferential economic and trade benefits under U.S. law,” Democratic Representative Jim McGovern, one of 13 co-sponsors of the proposed legislation, said in a statement.

The U.S. State Department said on Monday it was gravely concerned about the proposed amendments to the extradition laws, warning they could jeopardize Hong Kong’s special status.

Authorities shut government offices in the financial district, which is overlooked by the towers of some of Asia’s biggest firms and hotel chains, for the rest of the week after some of the worst violence in Hong Kong in decades.

Hong Kong’s benchmark stock exchange slid as much as 1.5% on Thursday before closing down 0.1%, extending losses from the previous day.

Most roads in the business district were open on Thursday but some shops and offices were closed and banks, including Standard Chartered, Bank of China and DBS, said they had suspended branch services in the area.

Wednesday saw the third night of violence since a protest on Sunday drew what organizers said was more than a million people for the biggest street demonstration since the 1997 handover of the former British colony back to Chinese rule.

The handover included a deal to preserve special autonomy, but many in Hong Kong accuse China of extensive meddling since then, including obstruction of democratic reforms and interference in local elections. 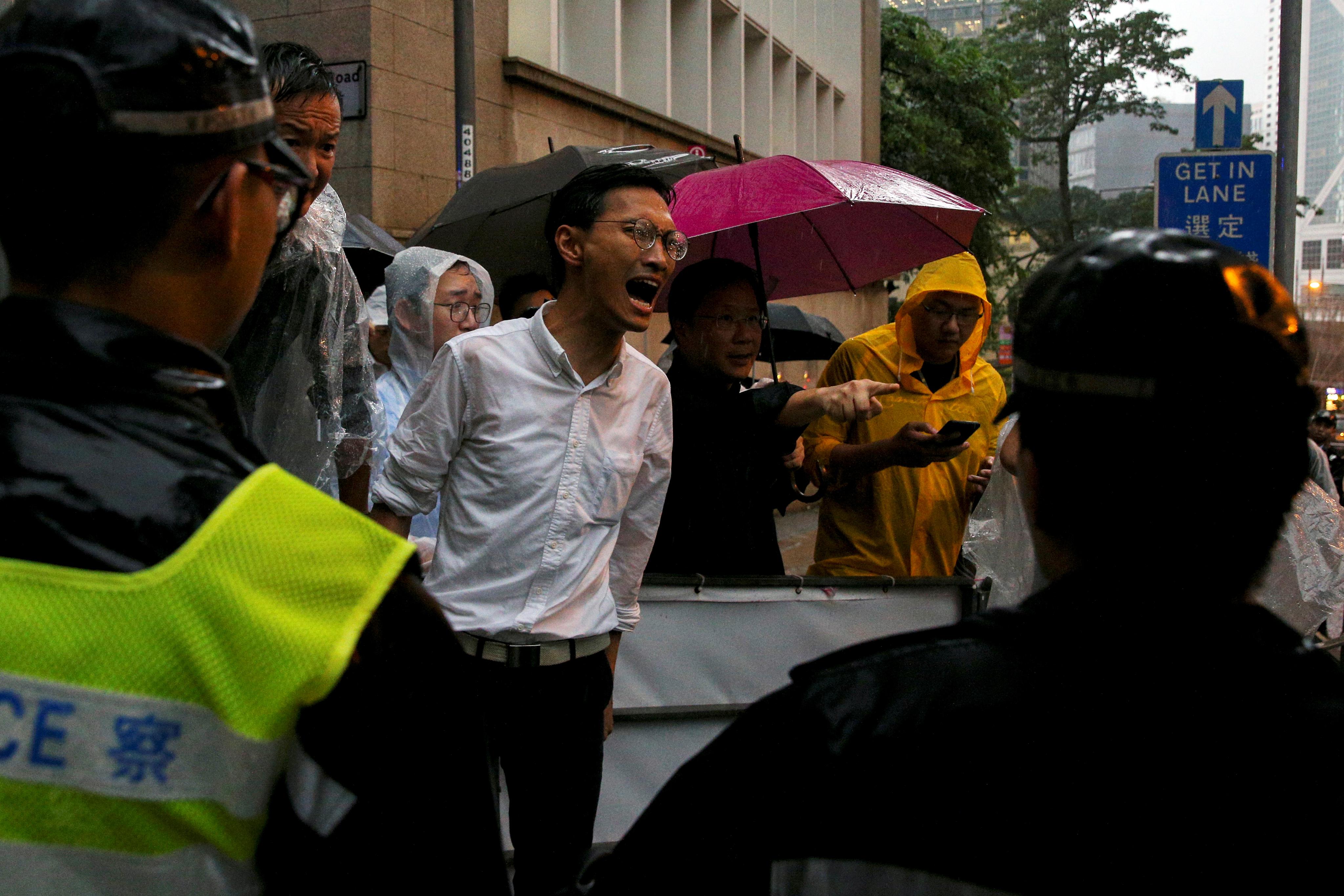 The extradition bill, which will cover Hong Kong residents and foreign and Chinese nationals living or traveling through the city, has sparked concern it may threaten the rule of law that underpins Hong Kong’s international financial status.

Beijing rejects accusations of meddling and Chinese state media said this week “foreign forces” were trying to damage China by creating chaos over the bill.

The English-language China Daily said the “lawlessness” would hurt Hong Kong, not the proposed amendments to its law.

Lam and her officials say the law is necessary to plug loopholes that allow criminals wanted on the mainland to use the city as a haven. She has said the courts would provide human rights safeguards.

The Civil Human Rights Front, which organized Sunday’s huge march, said it was planning another demonstration for Sunday.

Opponents of the bill, including lawyers and rights groups, say China’s justice system is marked by torture and forced confessions and arbitrary detention.

Democratic city legislators condemned Lam and what they said was heavy-handed police action.

“We are not a haven for criminals, but we have become a haven of violent police. Firing at our children? None of the former chief executives dared to do that,” said legislator Fernando Cheung.

“But ‘mother Carrie Lam’ did it. What kind of mother is she?”

Hong Kong’s Tourism Board called off a dragon boat carnival this weekend while the city’s bar association expressed concern over video footage of police using force against largely unarmed protesters.

Amnesty International and domestic rights groups condemned what they said was excessive force by the police, while a spokeswoman for the U.N. Human Rights Office in Geneva said it was following the situation closely. 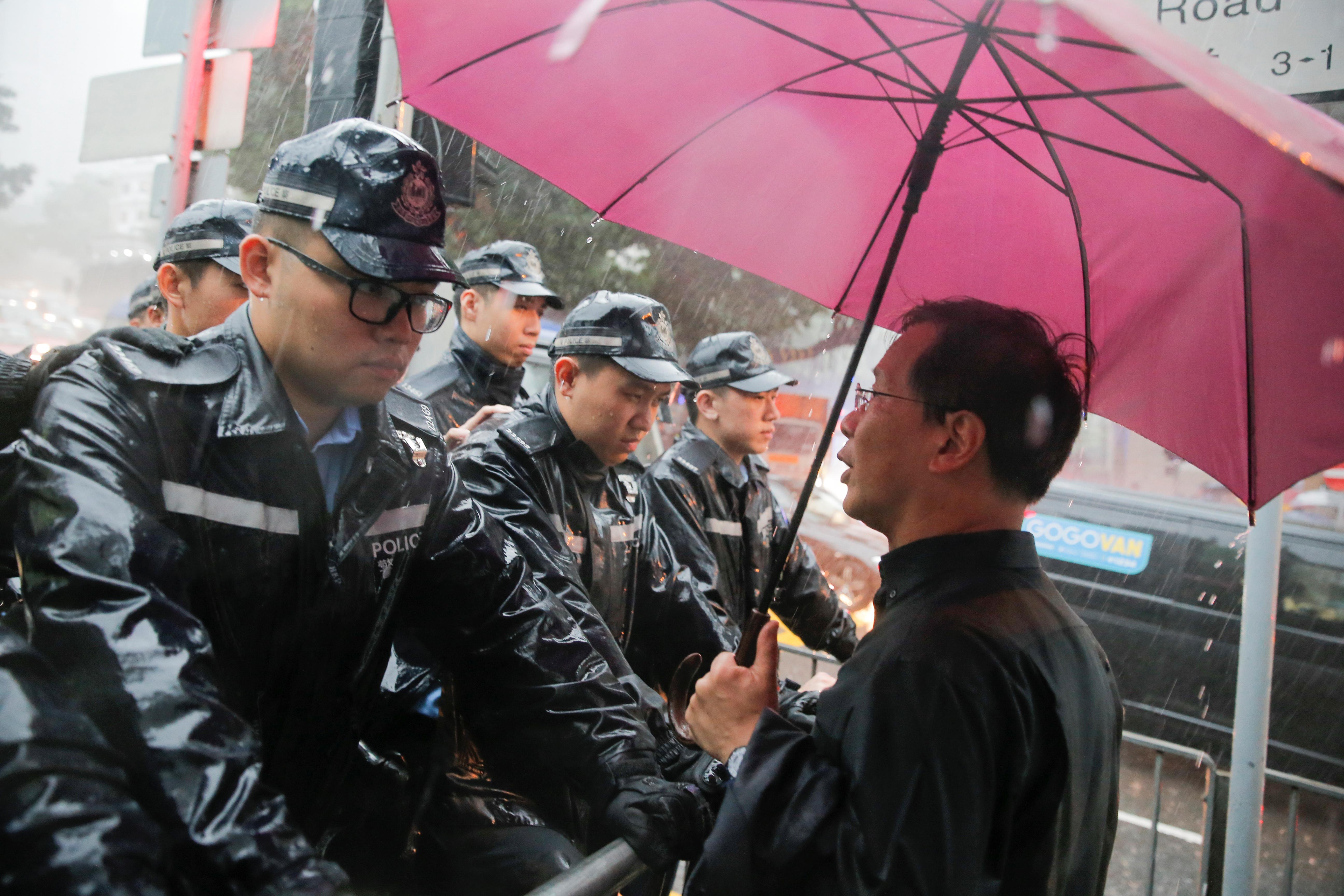 Diplomatic pressure was also building after leaders such as British Prime Minister Theresa May and U.S. President Donald Trump commented on the protests.

The European Union said it shared many concerns over the proposed extradition reform and urged public consultation.