This is the mind-bending moment two majestic wild horses appeared to walk on water in Arizona, as an optical illusion saw them ‘float’ down a river in front of stunned locals.

Kelli Rogers had been paddleboarding on the Salt River in Tonto National Forest, Arizona, spending last month with her excited grandkids when they noticed the two horses.

The 58-year-old was left speechless when she saw the horses appearing to float on the water.

In the clip, the horses appear to be standing on a raft on the surface of the water as the scenery moves by behind them. 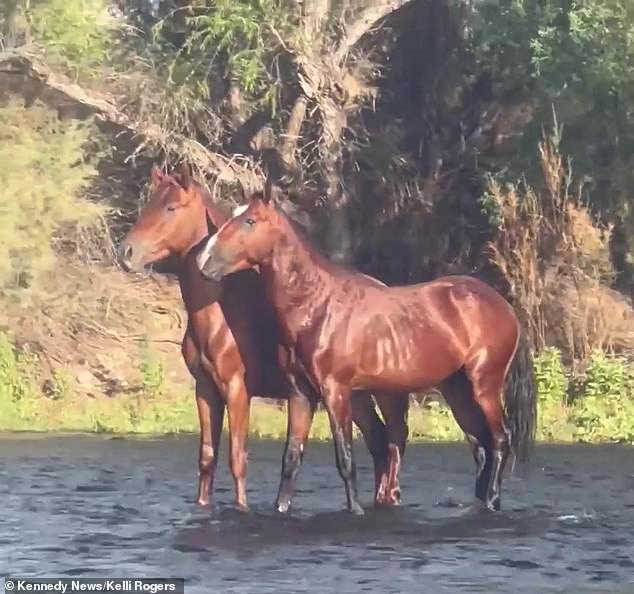 In the clip, the horses appear to be standing on the surface of the water as the scenery moves by behind them

But the horses were in shallower water than the person filing, who were paddleboarding past the horses.

It looks like they were nearer to Kelli and her children than the scenery behind them, giving the impression they were moving when in fact they were staying still.

Kelli said: ‘It was crazy. It wasn’t until I got home and looked at the video that I was like “oh, they look like they’re floating”.

She added: ‘It was one of those moments where they were stood completely still in a few inches of water. As we passed by, they didn’t move. They just don’t stand still like that often.’

Other social media viewers joked about the illusion, suggesting Jack and Rose from the Titanic should have fit on the door together if two horses could fit on a raft.

‘Ok start over; if they fit, Jack totally had enough room! Rose needed to move over,’ said one commenter. 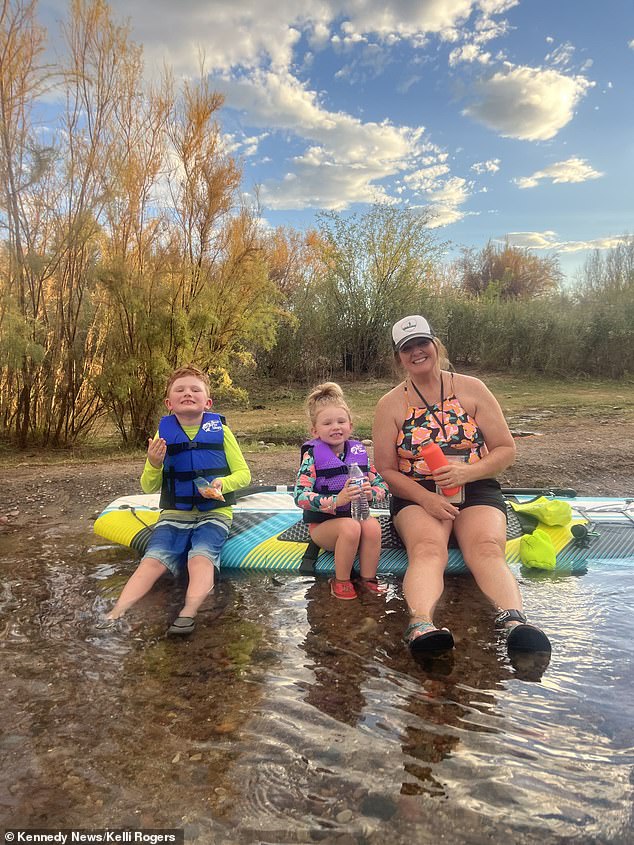 Kelli Rogers is pictured with her two children. They had been paddleboarding on the Salt River in Tonto National Forest, Arizona when they spotted the horses 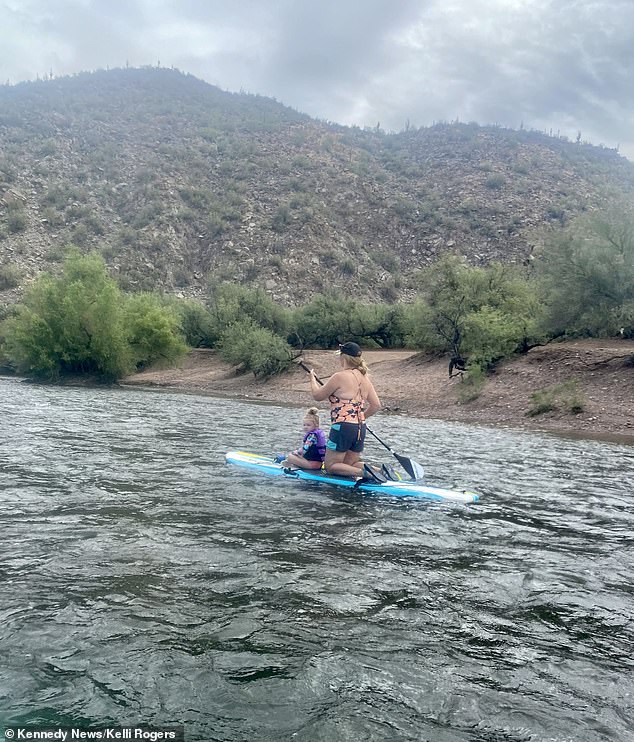 After sharing the video on TikTok, Kelli’s clip attracted more than 8.3million views and more than 1.1million comments and likes.

One viewer said: ‘Why did I think these horses were on a raft floating down the river so majestically?’

Another said: ‘It took me like six times watching to realise that you are floating down stream and they aren’t moving.’

Another TikToker said: ‘I thought my eyes were deceiving me…until I realised you are the one going down stream…what a capture… just beautiful.’