How a mysterious underworld ‘kingpin’ ended up in handcuffs

In early 2019, organised crime intelligence analysts working in a drab government building in Canberra began a debate about whether a 36-year-old Australian businessman posed a major risk to national security. 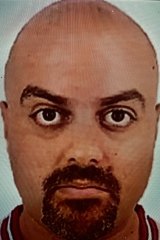 Evan Isshak appeared to be a clean skin, a successful entrepreneur living in an upmarket apartment with water views. His criminal record was blemish free.

But the intelligence analysts suspected there was more to Isshak’s story. The reason the Sydneysider had hit the radar of the secretive Australian Criminal Intelligence Commission (ACIC) was partly because of allegations he possessed a unique knowledge base. Isshak specialised in transport and logistics, with directorships and shareholdings in trucking and freight companies operating down Australia’s east coast.

Such knowledge is highly valued by legitimate Australian importers, but even more so by those who wish to avoid the attention of border security and policing officials at airports and shipping container terminals. It was Isshak’s connections to the latter class of international importer that had been increasingly occupying the ACIC’s attention throughout early 2019.

Multiple official sources in state and federal policing circles have confirmed that a growing body of intelligence suggested that Isshak was linked to two other wealthy Sydney businessmen who had moved offshore, George Dib and Angelo Pandeli.

Both men had, in September 2017, been designated by the ACIC as Australian Priority Organisation Targets (APOT) because of information suggesting the duo had been importing huge drug shipments into Australia.

ACIC chief executive Mike Phelan said a person, company or organisation could only be classed as APOT if they are alleged to be the “baddest of the bad”, posing a grave organised crime threat to Australia.

As well as being designated APOT, Pandeli and Dib came to share another dubious honour. In 2020, Phelan also secretly classified the pair as key members of the “Aussie cartel”, an offshore transnational drug trafficking organisation with an estimated revenue of at least $1.5 billion a year.

To maintain its revenue base, the cartel needed to find “doors” into Australia: ways of bypassing border controls and moving large loads of narcotics into Australia via maritime or air freight. As the focus on Pandeli and Dib increased, Isshak moved increasingly into the ACIC frame. In May 2019, the agency added him to its APOT list (which at the time was 17 names). This was due to intelligence suggesting that Isshak had access to the best network of doors in Australia and was allegedly acting as a logistic broker for serious organised crime figures offshore.

His APOT listing moved Isshak into dangerous territory. It meant the ACIC, along with its federal police partners and state organised crime investigation teams, would now be pouring their limited resources into determining if their suspicions about Isshak could be matched with evidence to take a case before a jury, who would ultimately decide if Isshak was merely a man with colourful connections or something far worse.

Isshak’s other piece of bad luck involved the ingenuity of the Australian Federal Police, which had surreptitiously introduced an ostensibly secure communications platform into the hands of Aussie cartel members. Instead of avoiding phone taps, the An0m network was actually controlled by the US Federal Bureau of Investigations and gave Australian police almost real-time access to communications.

On the compromised platform, Isshak had given himself the username “kingpin”, according to the police statement of alleged facts filed in court. Others allegedly referred to him as “the king”.

It was both these factors which this week led to Isshak’s arrest over his connection to a large-scale drug importation. While it is up to a court and a jury to decide if Isshak is responsible for the importation, police are alleging he was behind the movement of 314 kilograms of heroin into Australia from Thailand.

Isshak was the alleged financier of the heroin, Sydney’s Central Local Court heard on Friday, which police say was bound for Queensland, hidden in drums of paint.

His role in the alleged enterprise was a hands-off one, the court heard, and involved him giving instructions to others.

“We will allege that he was certainly well-established and was very able to use his resources both domestically and internationally to organise importations, such as the allegation that we see before the court now in relation to the 314 kilograms of heroin,” Ciantar said.

Isshak is the second APOT to land in custody over the past 12 months, following the January arrest in the Netherlands of Chinese crime boss Tse Chi Lop. The federal police and the ACIC also have several other offshore APOTs on the run, including the Turkish-based Hakan Ayik and outlaw bikie boss Mark Buddle.

Ciantar also hinted at the scale of the ongoing challenge facing police to keep tabs on Ayik and Buddle’s operations, given the tyranny of distance.

“Most of these targeted people have moved offshore to evade law enforcement,” Ciantar said.

The involvement of Thailand as an alleged source country for Isshak’s alleged heroin importation follows a pattern adopted by his fellow APOTs. Aussie cartel members Ayik, Pandeli, Buddle and Hong Kong-based Michael Tu all have networks operating in Thailand to access drug manufacturing and supply laboratories in the “Golden Triangle” border zone of Thailand, Laos and Myanmar.

Beyond the immediate success for law enforcement agencies in Isshak’s arrest — which may yet be unwound if he is found not guilty — is the deterrence effect across the crime networks he allegedly liaised with. Multiple doors have now likely been shut, which means Ayik, Buddle, Tu and another high level alleged offshore drug trafficker, Bilal Haouchar, will need to expend more money and time finding new maritime and air streams through which to move their product.

There is little doubt they will find fresh routes into Australia, but the game now for policing agencies is to dismantle the infrastructure of organised crime as much as they can by simply arresting key targets.

Closing doors at ports and airports is one way of doing this. So, too, is attacking the means by which groups like Buddle’s Comanchero outlaw bikie gang can move their funds through Australian and offshore banks. One major gap in Australian law enforcement’s armoury is the ability to issue financial sanctions that would prohibit certain organised crime groups or figures from using Western banks. After all, the Aussie cartel’s $1.5 billion yearly revenue needs to move through the world’s financial arteries to help its members stay a step ahead of police and resupply their next importation.