Home » World News » How many children did Malcolm X have?

How many children did Malcolm X have?

THE daughters of Malcolm X have battled to expose the truth of their father's 1965 assassination – despite two being born after his death.

Some of the children of the murdered civil rights leader have followed in their father's philanthropic footsteps, while others took their own path – so where are they now? 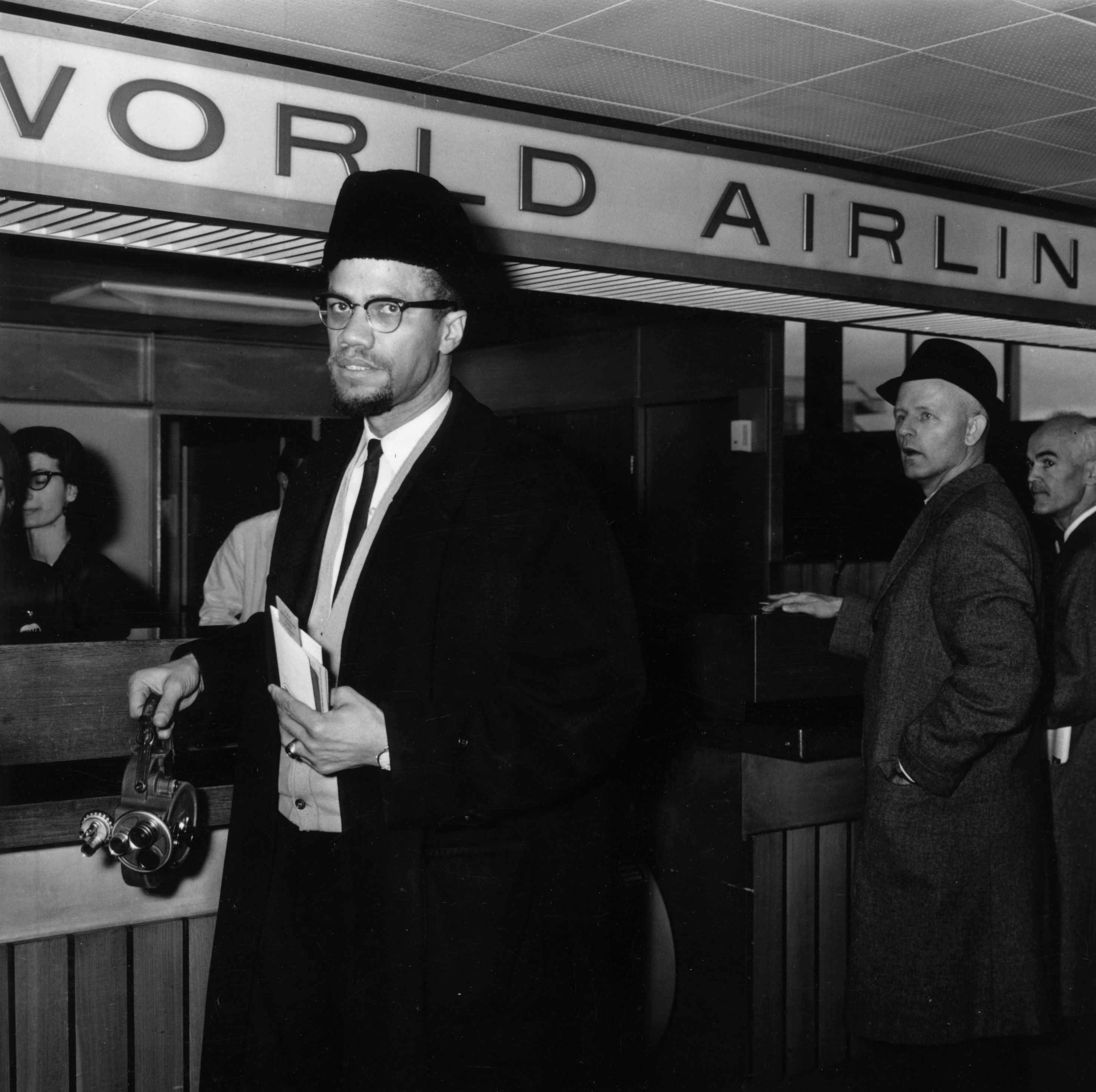 How many children did Malcolm X have?

Malcolm X had six children with his wife Betty Shabazz – all of them daughters.

The powerful orator's family is gaining renewed attention in the wake of a deathbed letter from a policeman – which they claim shows the NYPD and FBI conspired in his murder.

Malcolm’s daughters, who all have the last name Shabazz, are: Qubilah, Attallah, Gamilah Lumumba, Ilyasah, Malaak, and Malikah. 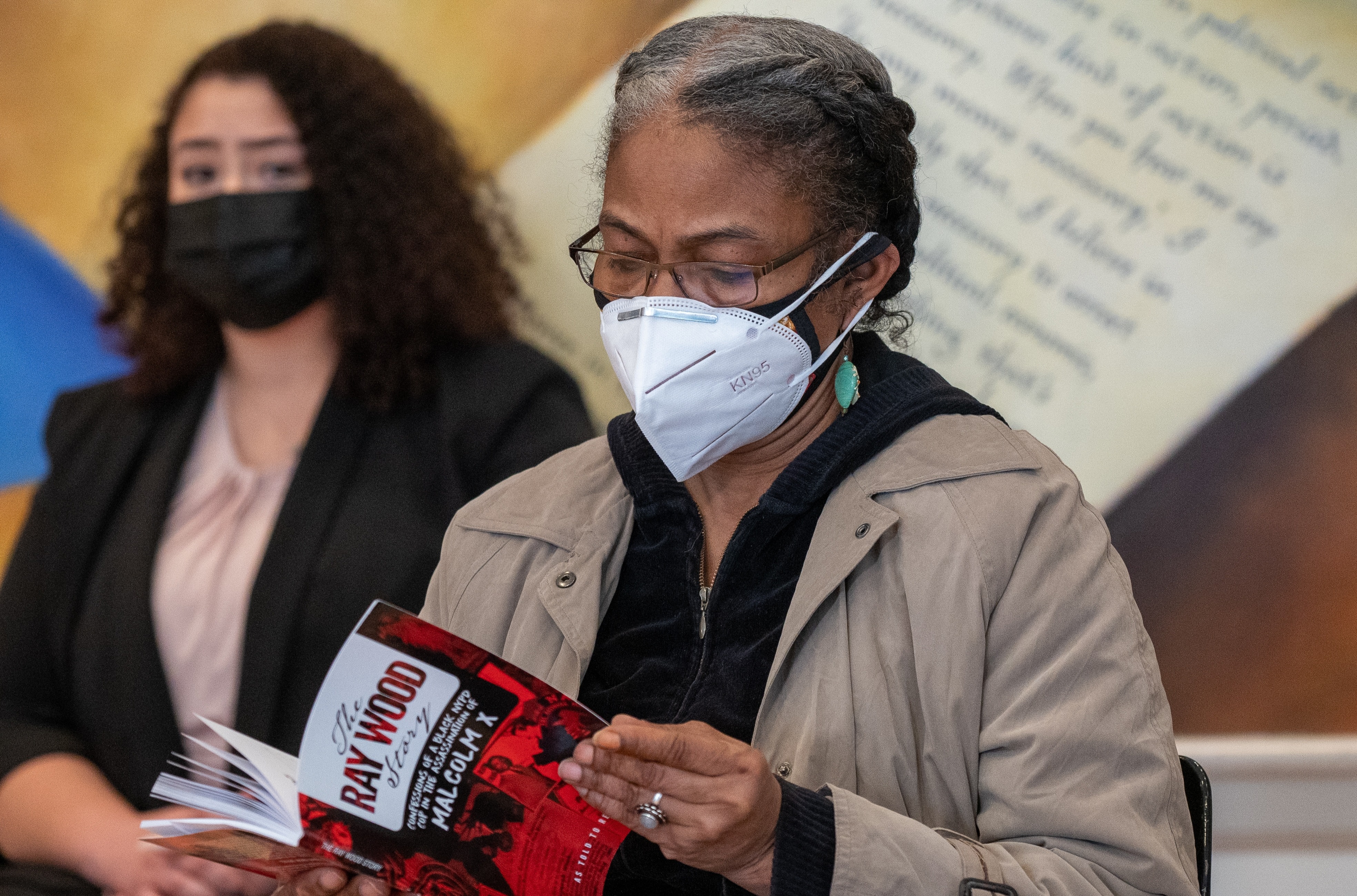 She was just four years old when she and three of her sisters accompanied their pregnant mother on February 21, 1965, to the Audubon Ballroom in Harlem to hear Malcolm X speak.

As they looked on from the audience, he was killed when three gunmen rushed him onstage, shooting him 15 times at close range.

The 39-year-old was pronounced dead on arrival at New York’s Columbia Presbyterian Hospital.

In 1995, Qubilah, the second-eldest daughter of Malcolm X and Betty Shabazz, was charged in an alleged plot to assassinate Nation of Islam leader Louis Farrakhan, her slain father’s rival.

Her family insisted she had been framed, as she was "very quiet, almost docile", according to those close to her.

It transpired that the FBI had agreed to pay an informer $45,000 after he agreed to tape conversations with Malcolm X's daughter.

Her mother had publicly accused Farrakhan of involvement in her husband's killing – but he had issued repeated denials.

Qubilah's defense team had said that the vulnerable woman was lured into the plot.

Months after her arrest, she avoided a trial and a possible prison sentence by agreeing to "accept responsibility" for her involvement in the sketchy plot, said the New York Times.

Federal prosecutors in Minnesota tabled murder-for-hire charges against Qubilah in return for her agreement to complete a two-year psychiatric and drug dependency program and to stop contending that the government entrapped her, wrote the Los Angeles Times in 1995. 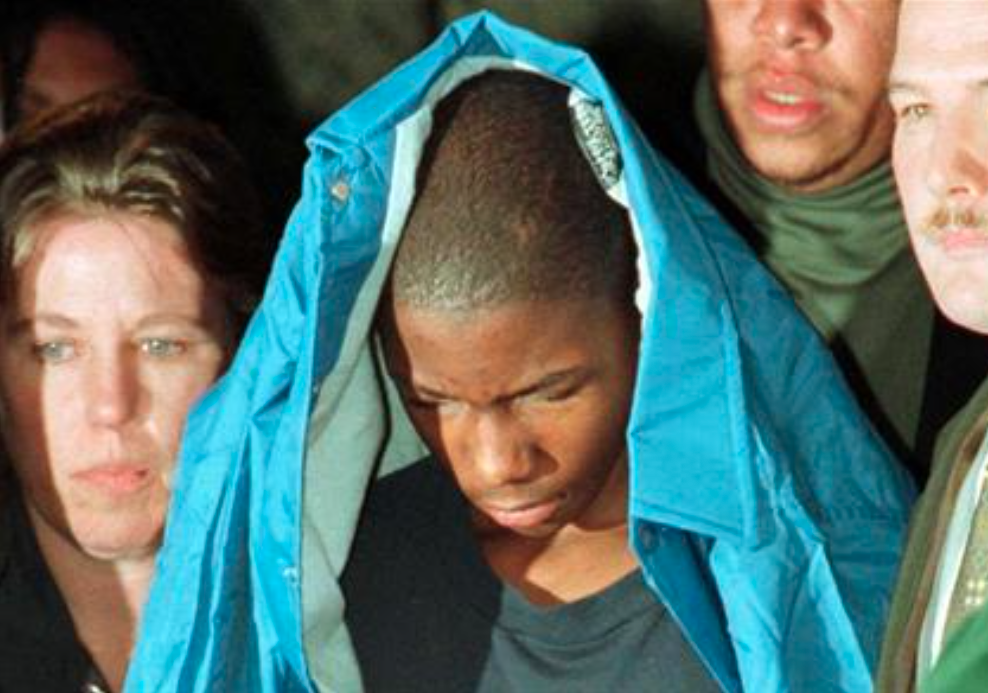 But, there was further tragedy in Qubilah's life when her son Malcolm Shabazz was involved in a fire that resulted in the death of his grandmother Betty Shabazz.

The youngster, who was named in honor of his famous grandfather, was aged 12 at the time.

Betty, then aged 61, underwent a series of skin-replacement surgeries as she fought burns on over 80 per cent of her body, before she succumbed to her severe injuries in 1997.

He was convicted of manslaughter and arson and went to juvenile detention.

Qubilah's son died in Mexico City after an apparent beating in May, 2013. 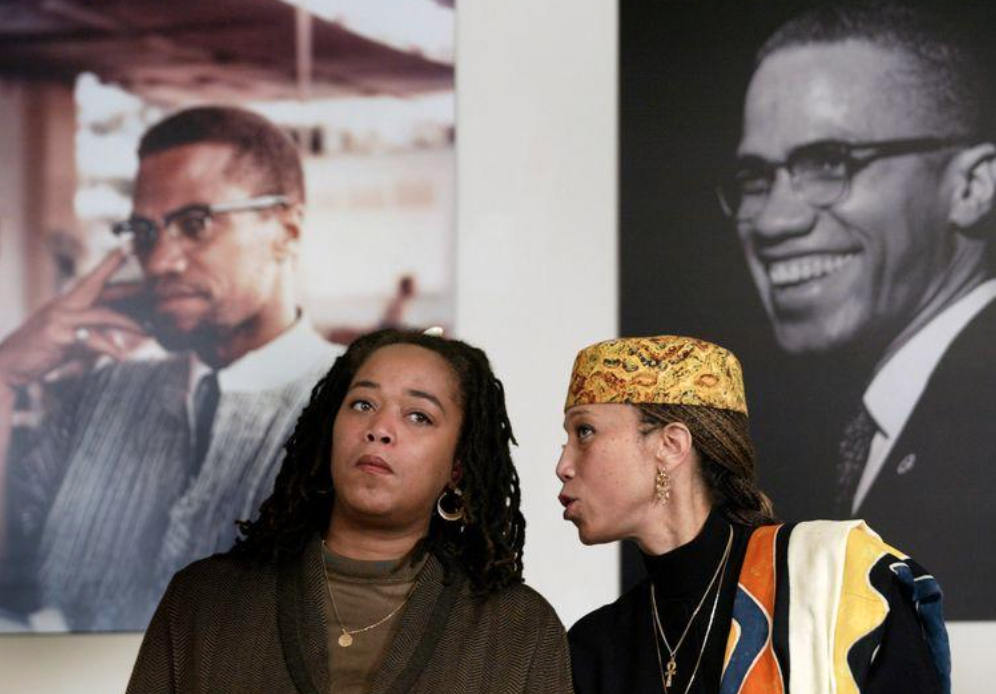 Malcolm X’s eldest daughter, Attalah Shabazz, was a schoolgirl in 1965 when she witnessed her father’s death

She said: “I was watching it as it all happened.”

She remembers her father as “one of those persons you wait for all day to share that special something”.

Attalah also said: “Malcolm Shabazz is a whole man, not excerpt periods of his life.

“I would never suggest that my father would want the revolutions of today to have to be violent.”

Attallah has received acclaim for her speeches and involvement in the arts.

Now aged 62, the producer, writer, and diplomat has spoken throughout the US, Europe, Africa, Central America, and the Caribbean. She has served as Ambassador-at-Large to Belize since 2002. 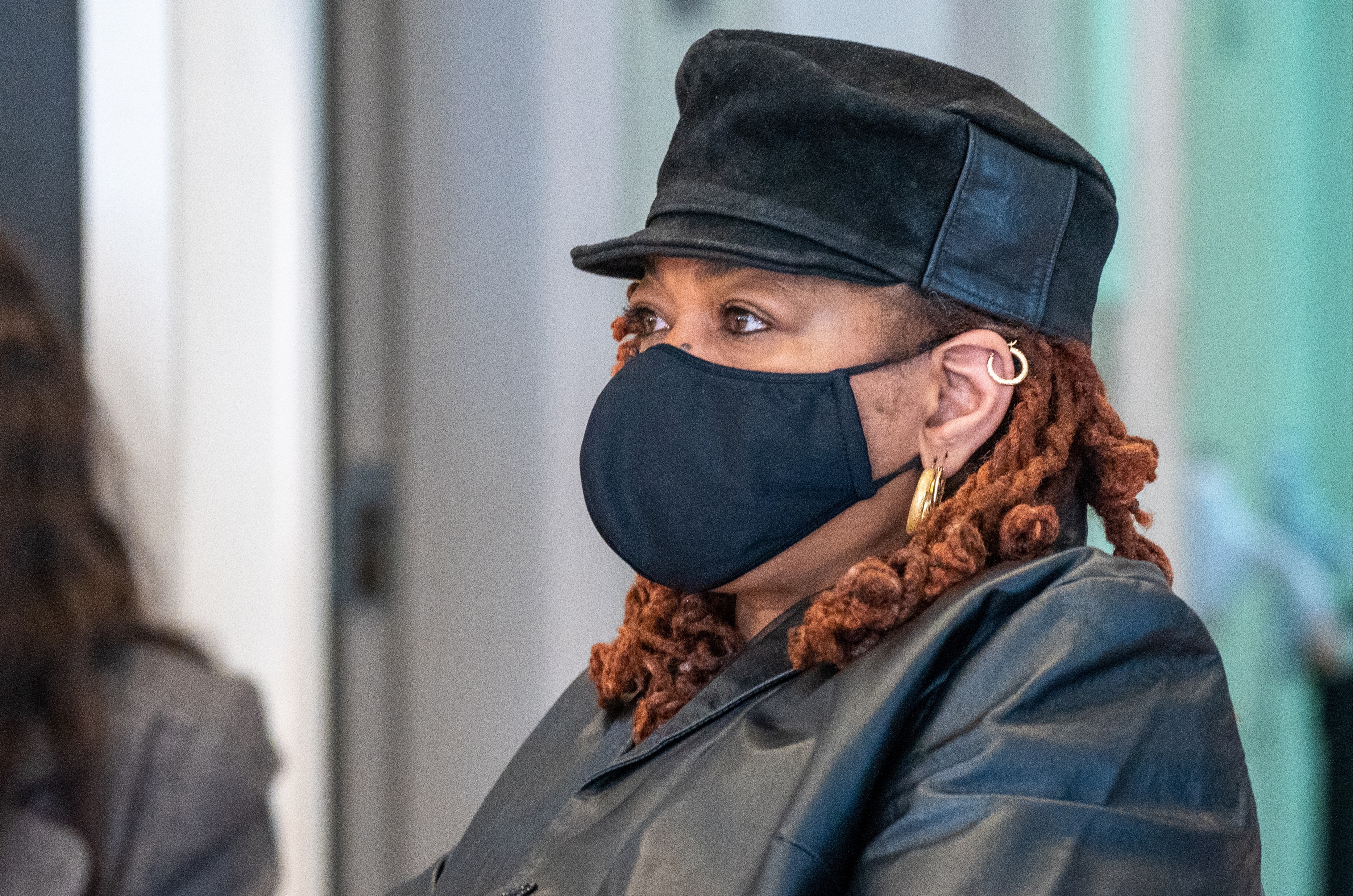 Gamilah was born in 1964, the year before her dad’s death, writes Heavy.

She helped her sisters create a clothing line using their dad’s image,Malcolm X Legacy, which includes sweatshirts, hats, and T-shirts.

They had slogans like “By Any Means Necessary” and “A Man Who Stands for Nothing Will Fall for Anything”. 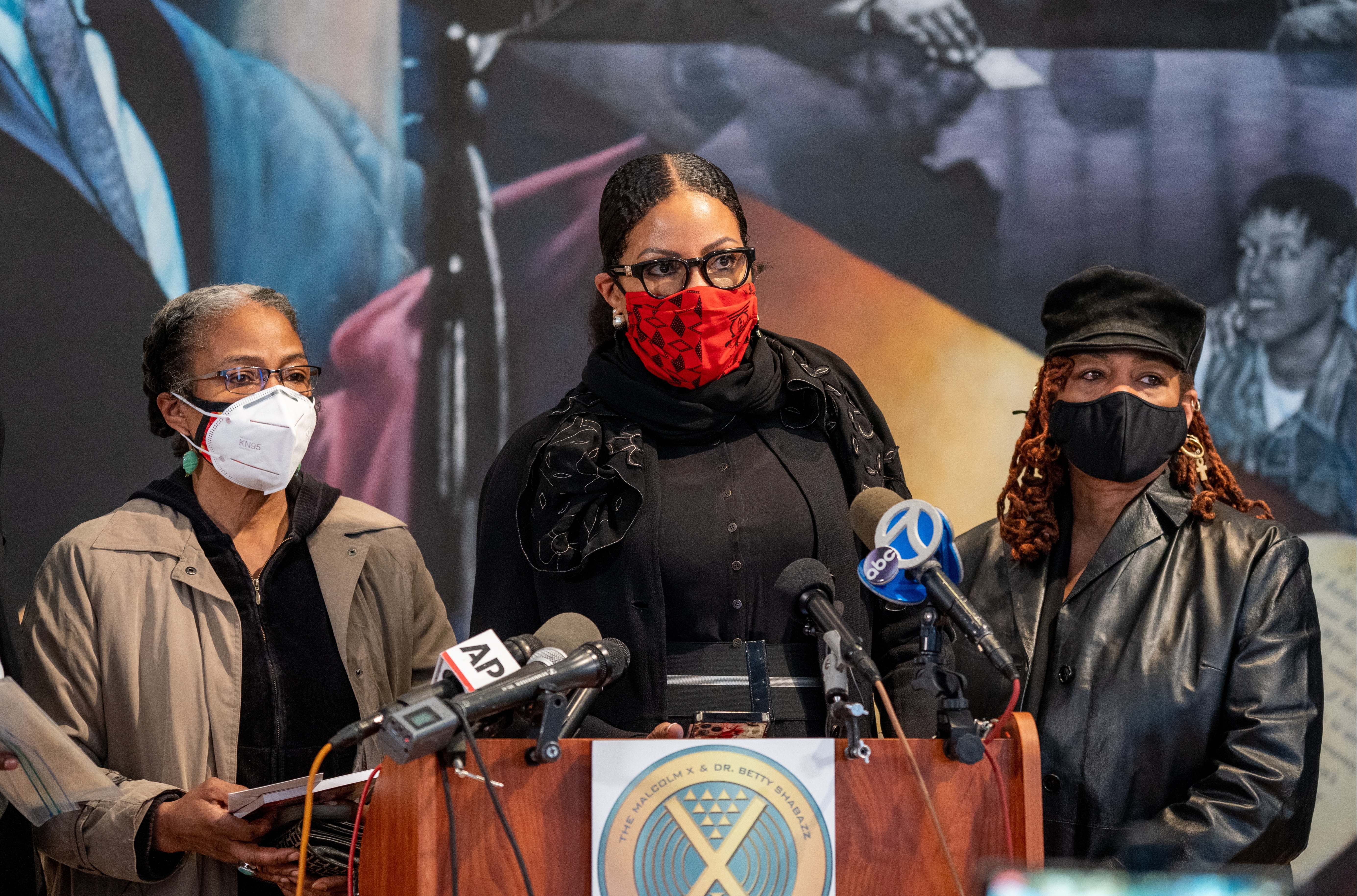 According to her website, Prof Ilyasah Shabazz promotes higher education for at-risk youth, and interfaith dialogue to build bridges between cultures for young leaders of the world.

Ilyasah was a member of the US Delegation that accompanied President Bill Clinton to South Africa to commemorate the election of President Nelson Mandela and the Education & Economic Development initiatives.

She was also a member of the US Interfaith Leadership Delegation to Mali, West Africa with Malaria No More.

Like her sisters, she is proud to continue her dad's legacy while advocating for youth and “women and girl empowerment".

High profile Ilyasah has continued to speak out about her father's murder, on social media and to the press.

On February 21, 2021, she tweeted: "Despite following his every move an FBI informant called him, 'a man of high moral character who neither smokes nor drinks'.

Ilyasah told reporters that she has always lived with uncertainty around the circumstances of her father’s death.

In 2021, she joined her sisters at a press conference to speak about new evidence – a deathbed letter from a policeman – which they claim shows the NYPD and FBI conspired in his murder.

On February 20, 2021, she said: “Any evidence that provides greater insight into the truth behind that terrible tragedy should be thoroughly investigated." 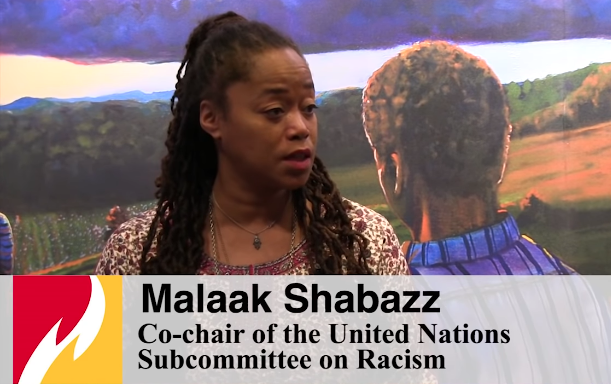 She and her twin sister, Malikah, were born months after her father’s assassination.

She told France 24 in 2015, when invited to France to speak about her dad's legacy: "My father wore his religion in his back pocket. He didn’t push that on anyone.

"He was very much a Muslim, but he was also black. [In the United States], that meant something."

She added: "“Frankly, I don’t think things would be this bad if he was still alive. It was his passion to make sure injustice was heard." 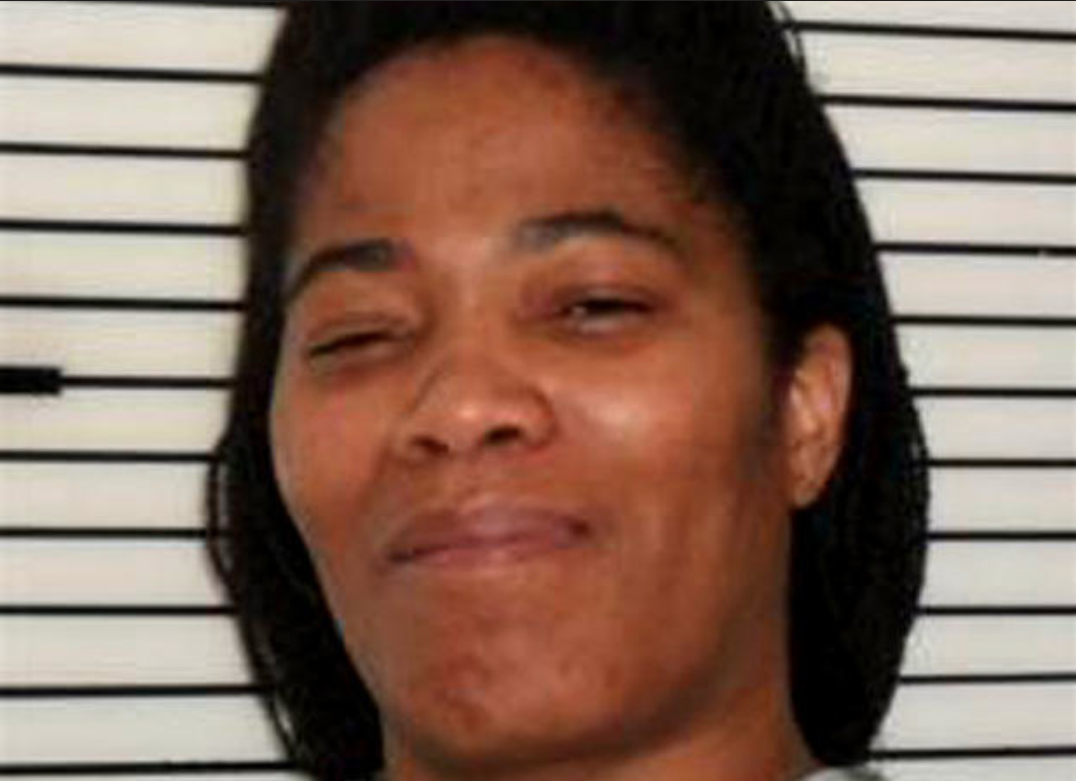 Malikah Shabazz is the twin of Malaak – Betty Shabazz gave birth to them months after witnessing her husband's shocking murder in New York.

In 2011, Malcolm X's youngest daughter was accused of fraud and identity theft.

She was charged with stealing $55,000 and the identity of Khaula Bakrof, the widow of her father’s friend and bodyguard – who was with Malcolm X when he was assassinated in Harlem.

After pleading guilty in 2011 to stealing the 70-year-old woman's identity she was sentenced to five years probation.

She was ordered to pay back the full amount stolen as part of the deal agreed at the Supreme Court in Queens, New York.

Malikah, then aged 46, was also reported at that time of wrangling with her sisters over the estate of their mother, Betty, who died in 1997 in a fire set by one of her grandsons, said Reuters.

The truck’s enclosed cargo area contained dogs locked in crates and covered in their own waste, charging documents stated.

One dog had injuries to its face, neck and eyes that required emergency care, the report added.

They were released on bail.

On Monday November 22, 2021, Malikah was found dead inside her home in Brooklyn by her 23-year-old daughter – just days after two men were exonerated for her father's murder.

Police say the 56-year-old's death is not being treated as suspicious.