DOCTORS were shocked when a 59ft long tapeworm slithered out of aman's bottom after he had complained of farting too much.

The 67-year-old patient visited the hospital complaining of tummy pains and flatulence in Nong Khai province, Thailand, earlier this month. 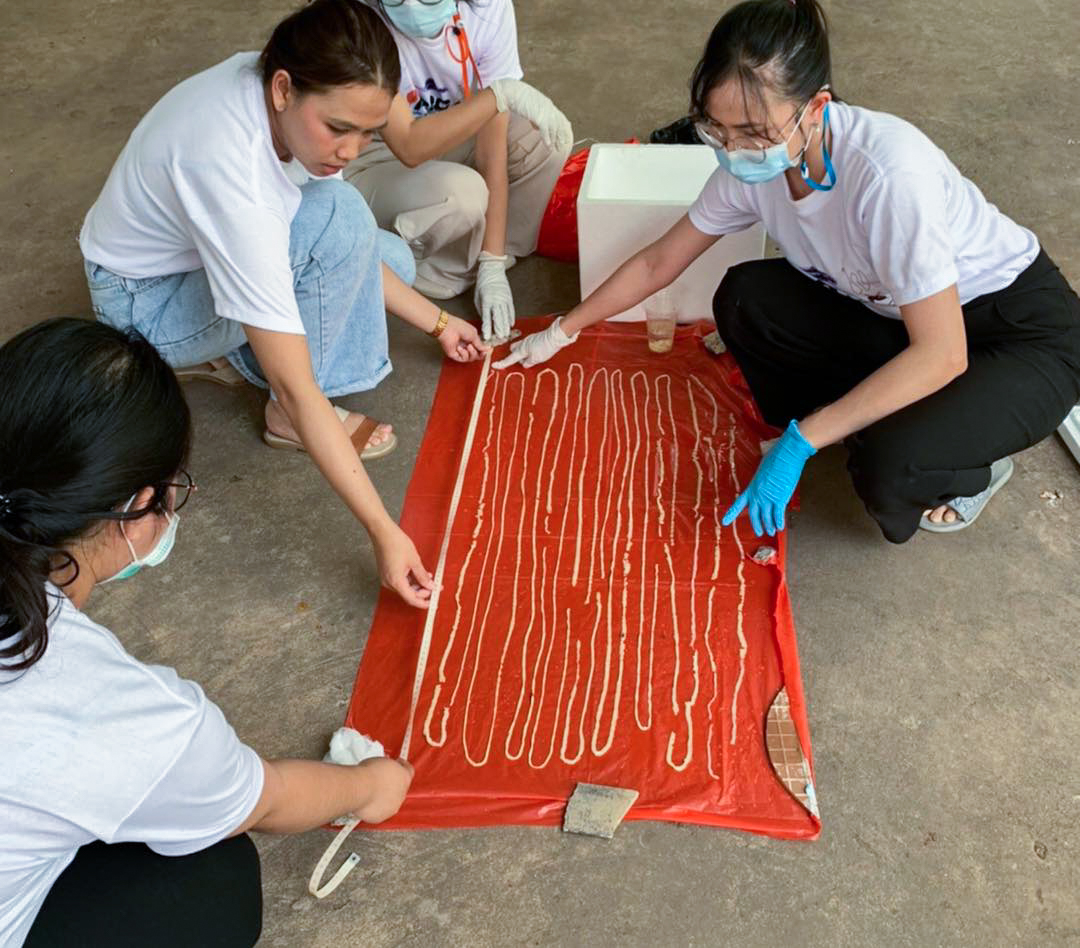 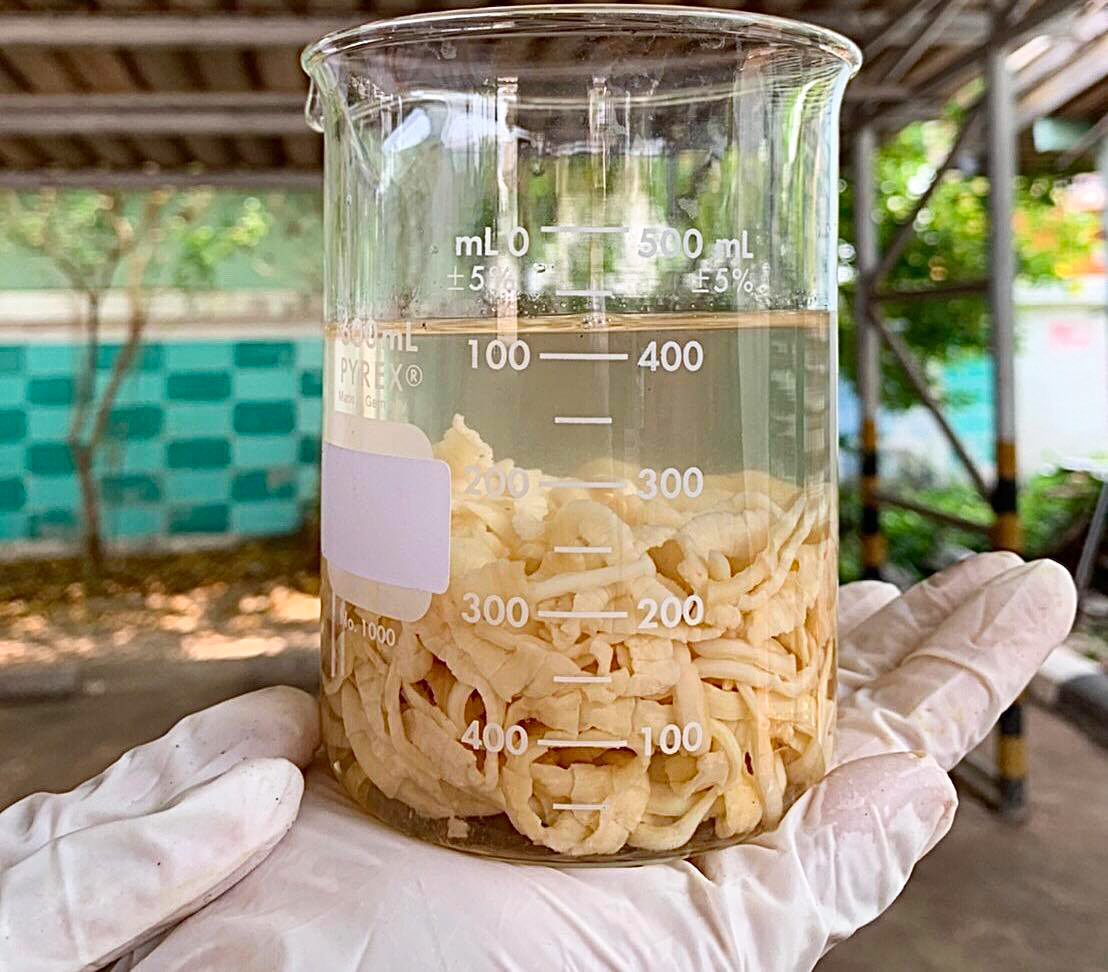 He was unaware of any problems and a stool sample was sent to medics at the Parasitic Disease Research Centre, in neighbouring Nakhon Ratchasima province.

But tests showed it contained 28 eggs and man was given de-worming medicine, niclosamide, before the giant parasite oozed out of his bottom the next day on March 20.

Footage shows astonished medics unfurling the mammoth 59ft parasite and laying it onto a mat.

Doctors believe the parasite came from infected and uncooked beef that contained eggs.

A spokesman for the Parasitic Disease Research Centre said: “A Taenia saginata bovine tapeworm more than 18 metres long was obtained from a patient whose sample was sent to the centre. 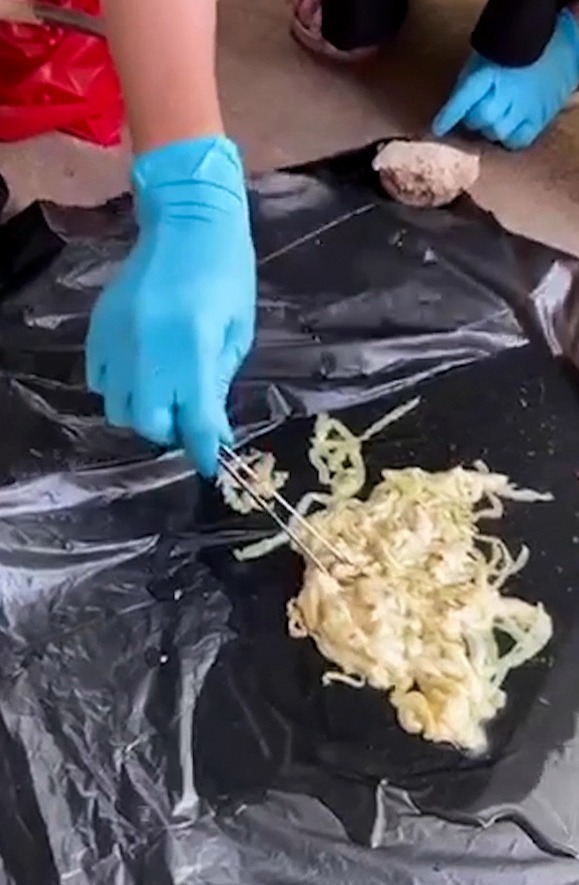 "He was given the deworming medication before bedtime and in the morning this long worm came out of his bottom.

"It was very big and took us a while to lay it all out on the ground.”

Medics said that the tapeworm was the biggest they had found in Thailand for more than 50 years.

The patient was given medication and he was warned to change his eating habits.

“These parasites can live in humans for more than 30 years.

"However, currently, they do not survive very long because better medication is available.

Tapeworms: the facts and figures

Tapeworms are flat, ribbon-like worms that can live in the human gut if their eggs or newly hatched worms are swallowed.

They are often discovered in human excrement and can be felt moving around in the colon.

Other symptoms of tapeworm in the human body include diarrhoea, tummy pain, feeling sick, vomiting, changes to appetite and unexplained weight loss.

More serious symptoms can appear if worms make their way to different parts of the body like the brain or the liver.

Tapeworms can grow up to 55ft long and can survive in the intestine as long as 25 years.

A tapeworm infection can be treated with a single tablet of a prescription medicine called niclosamide or praziquantel.

“But this tapeworm was very long. According to past information, it is the longest that has been seen in Thailand for 50 years.

“We have suggested that the patient’s family also have medical tests to find out whether they had parasites as they are also at risk.

“We warned them not to continue consuming raw meat as that is one of the main causes of having parasites in the body."

Taenia saginata, usually known as the beef tapeworm, is a type of parasite that can live in the human gut for up to 30 years.

Humans are infected when they eat raw or undercooked beef which contains the infective larvae.