Home » World News » In Algeria, conservatives weigh in against pressure for Western-style democracy

In Algeria, conservatives weigh in against pressure for Western-style democracy

HAIZER, Algeria (Reuters) – While tens of thousands of Algerians have been gathering for four months in the capital to demand sweeping political reforms, former fighters who led the last confrontation with the establishment have been warning people not to rock the boat. 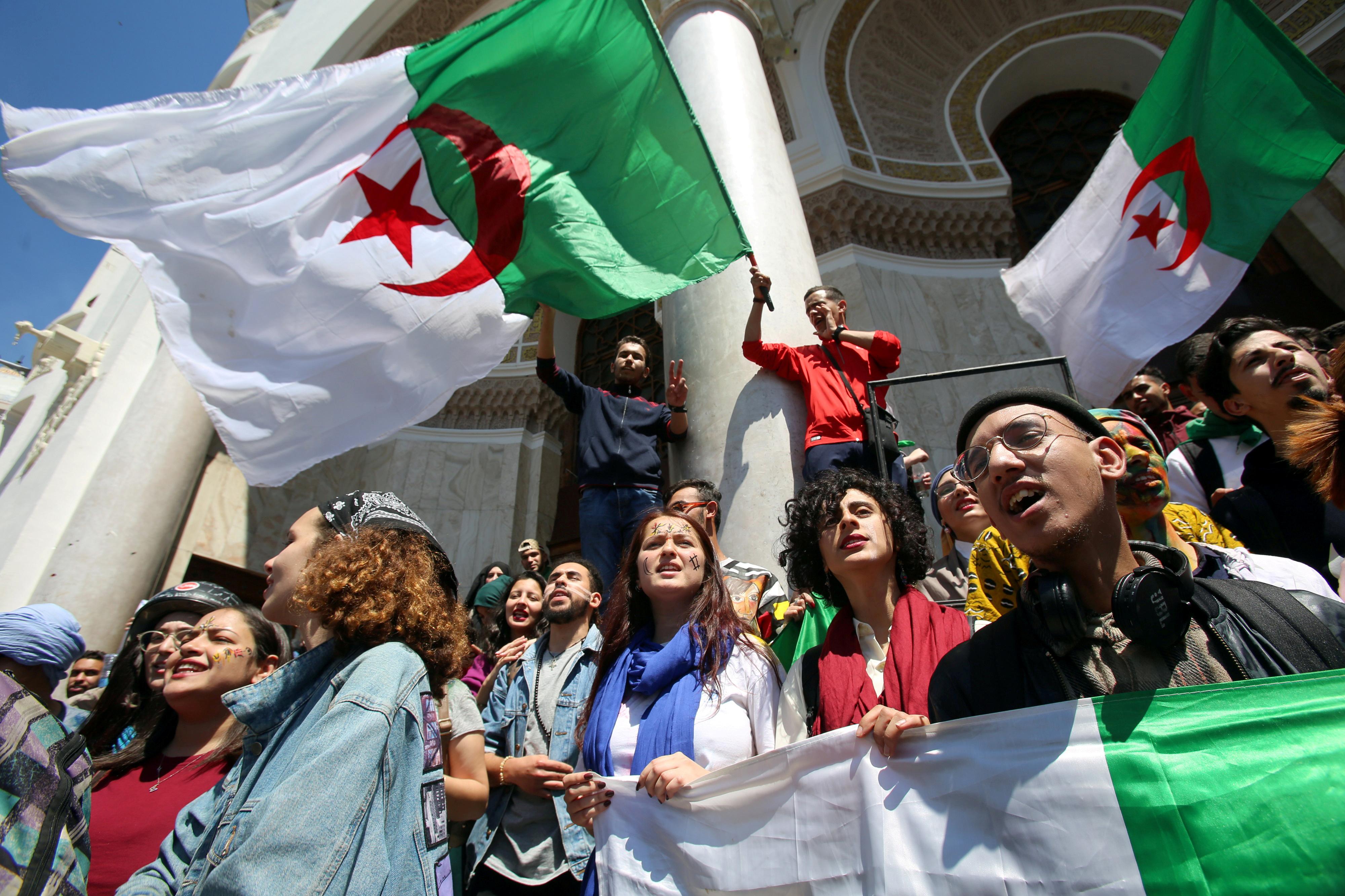 In the 1990s, they drove an uprising against the military after it canceled a landmark multiparty election that Islamists were poised to win. This time they say protests could bring a repeat of the chaos and bloodshed their actions unleashed.

“I deeply regret what happened in the 1990s,” once such fighter, Sheikh Yahya, said at his home in Haizer, a village in the Kabyle mountains 120 km (75 miles) east of the capital Algiers where he now works as a butcher.

“This is why I will never participate in any action that might end up violent.”

Some 200,000 people died in Algeria’s decade-long civil war, leaving many Algerians fearful of radical change now that longtime President Abdelaziz Bouteflika has given into the pressure from the streets and stepped down.

Following Bouteflika’s departure in April, the protesters have been pressing for the exit of the entire elite in control since the North African country’s independence from France in 1962 – the same cause the jihadists took up arms for in 1991.

But Yahya and other former jihadists now support the army and other security forces, the strongest part of that elite. It also includes business tycoons and former independence fighters in Algeria’s ruling FLN party as well as labor unions in a state-dominated economy sustained by oil and gas production.

The ex-fighters are Salafists, a literalist Sunni school of Islam whose adherents range from the radical jihadists of Islamic State to an overwhelming majority which shies away from politics.

Salafi influence in Algeria is far wider than their numbers – an estimated one in 40 people – would suggest, analysts say. This makes their anti-protest messages a significant counterweight to calls for radical change.

“Algeria has around 18,000 mosques, most of them are under Salafi influence,” said political analyst Mohamed Mouloudi. One Salafi cleric has a website with a million followers.

By contrast leading Sufis, a more inclusive Sunni school that most Algerians belong to, have kept a low profile since the ouster of Bouteflika, their most high-profile member.

Salafists are social conservatives heavily influenced by Saudi Arabia’s Wahhabis. They reject both political Islamist groups like the Muslim Brotherhood, which led Egypt in a 2012-2013 interlude from military-backed rule, as well as Western influence – from clothing to political systems.

They were part of the reason the 2011 Arab Spring pro-democracy movement bypassed Algeria, after Sheikh Ali Ferkous, a Salafi icon, declared “unrest is forbidden in Islam”, and they continue to argue that stability is paramount.

The Army chief, Lieutenant-General Ahmed Gaed Salah, played a key role in toppling Bouteflika by saying the president’s poor health made him unfit for office.

Upper House Chairman Abdelkader Bensalah became interim president but is now under pressure from demonstrators to quit, due to his links with Bouteflika and pledge on June 6 to stay in office until elections, which have been postponed indefinitely.

A group of protesters and some Salafi clerics have suggested Bensalah hands over to former conservative minister Ahmed Taleb Ibrahimi, son of well-known cleric Bachir Ibrahimi who played a role in the independence war against France from 1954 to 1962.

Ahmed Taleb Ibrahimi is a fierce opponent of Bouteflika, who did not allow him to set up a political party. Ibrahimi, 87, has promised to end of what he called “dirty money”, referring to corruption under Bouteflika, and introduce transparency.

“Ibrahimi is one of the rare clean politicians in Algeria who can reconcile the youth with politics. We believe he can play a very positive role,” said Seif Islam Benatia, a dentist prominent among protesters who encompass a wide array of views.

Yahya, who spoke to Reuters with two of his fellow former fighters Akli and Mohamed sitting alongside, also supports Ibrahimi, as well as army chief Salah. “We want stability to remain,” he said.

Their village lies in what was known in the 90s as the “triangle of death” — the flashpoint of the civil war, which the army said it was fighting to prevent Taliban-style rule. The mountains with its caves and valleys were ideal hiding ground for fighters to store arms and prepare ambushes on the army.

Yahya gave up the fight in 2006 after accepting amnesty from Bouteflika and persuaded others to make peace with the state.

Algeria’s welfare state rewarded him with $6,000 in aid to build a modest house where the ground floor serves as his poultry butchery. Two sons got jobs at state firms — a livelihood they fear losing if chaos erupts.

Salafists have been quietly working to influence society, identifiable here, as elsewhere, by their long beards, white robes and short trousers emulating the Prophet Mohammad.

Their clout can be seen in Haizer, where Yahya’s house is a gathering point for youth, neighbors and other ex-fighters he persuaded to lay down arms.

“Marches, protests, unrest and all the tools used in democracies to topple leaders are illicit in Islam,” Yahya said.

Such messages resonate in Algeria, analysts say, because many people fear protracted unrest would undermine a state that provides jobs, health insurance and housing.

They also undermine Islamist political parties, which have struggled since the Islamic Salvation Front (FIS), which almost took power in 1991, was banned the following year.

“Salafi are influential because they focus on the youth, and society,” Mouloudi told Reuters. “Political Islam’s leaders are divided, fragmented and hold little influence politically.”

In Algiers, some of the young protesters, who include many women and some children, oppose any kind of Islamist takeover.

“We want radical change, but I don’t want to end up with Islamists ruling the country,” said Nadia Beigacem, 21, who studies English at Algiers University and does not wear a veil. “Western democracy is my model, not the Saudi Arabian model.”

Rather than Ibrahimi, she wanted a young Algerian as leader, like former U.S. President Barack Obama or French President Emmanuel Macron. “We are a young nation,” she said.

Salafist leader Ferkous has not commented on recent protests but other followers have rejected them. “What is forbidden remains forbidden, even if everyone does it,” said Mohamed Al-Habib, a prominent Salafist in a video message. 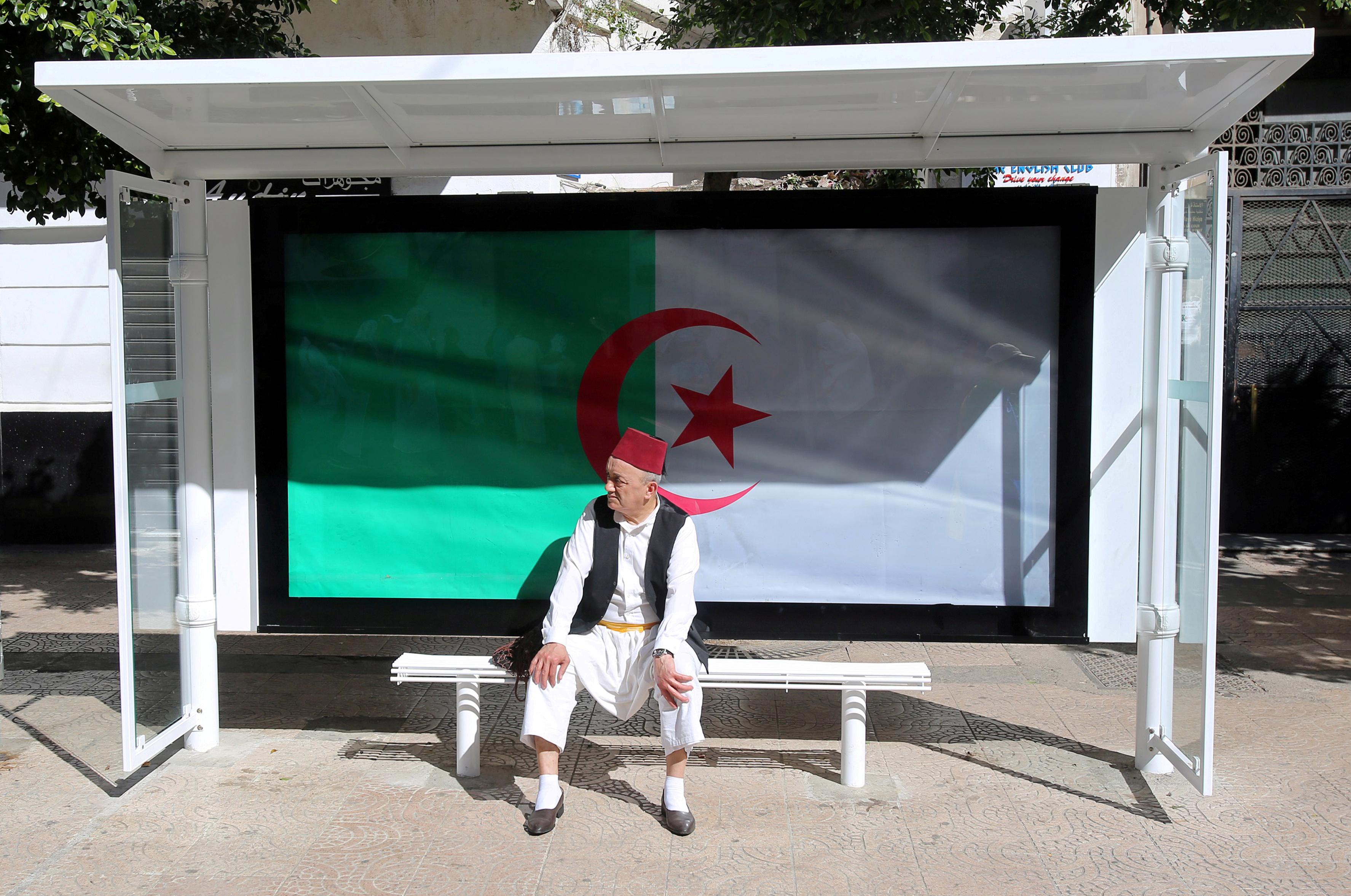 The weekly Friday protests have been continuing, but numbers have declined in recent weeks, indicating the resignation of Bouteflika and prosecution of his younger brother and closest former advisor Said and others have slowed their momentum.

“After chaos and 200,000 people killed, we now have peace and stability, this is a gift from God,” Yahya said.