DRAMATIC photos show the moment a seagull narrowly escaped death after a shark lunged out of the water trying to swallow him whole.

Images show were captured of the attempted attack in near Guadeloupe Island, Mexico by the 51-year-old shark enthusiast Nikki Brant Sevy. 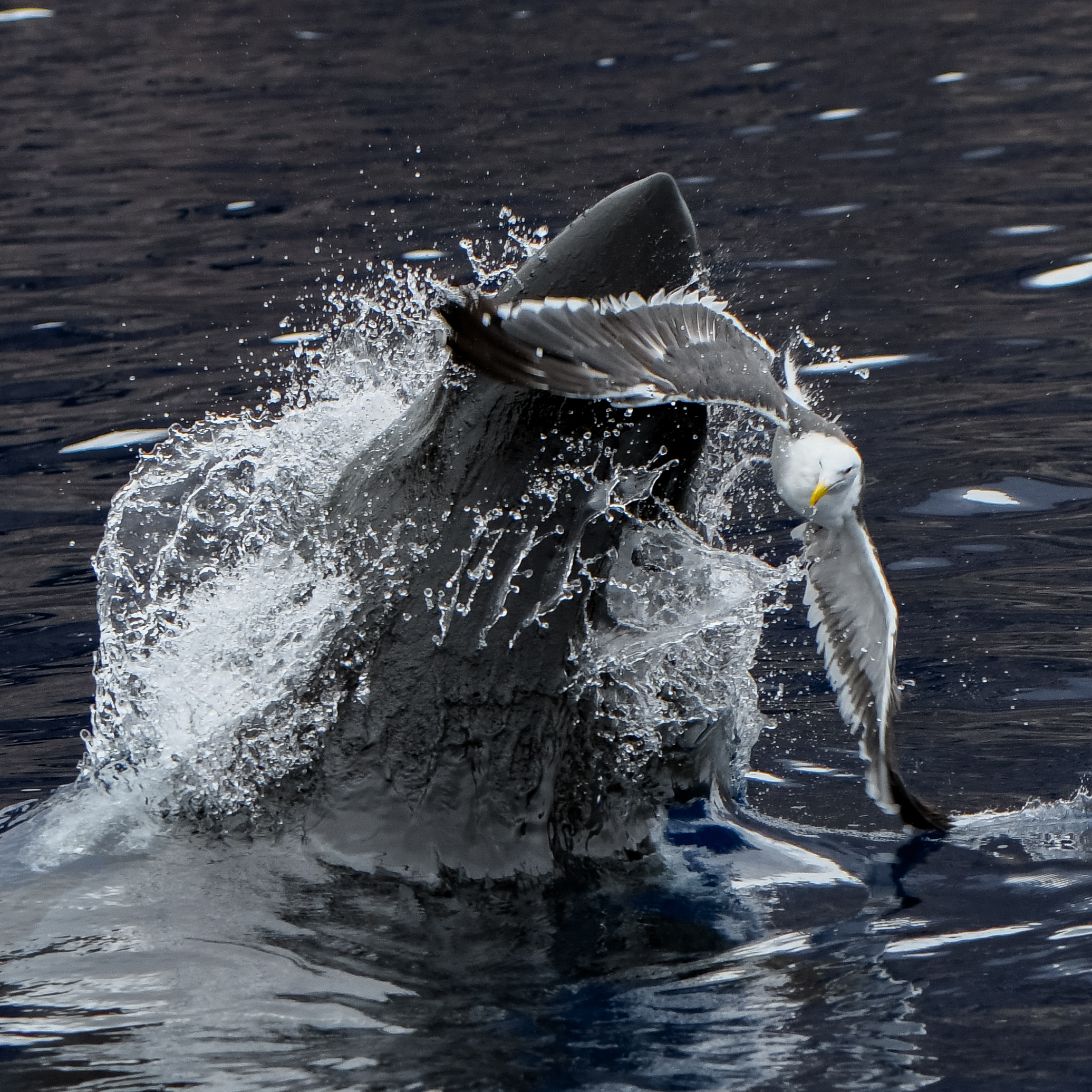 The close escape for the seagull was captured in a number of action-packed photographs.

The first picture shows two seagulls resting on the surface of the water while two sharks circle, with only their fins viable above the sea.

One picture shows 1,300-pound Dante rearing up out of the water, attempting to snap his jaws around a gutsy seagull, but misses the bird by a matter of inches.

Another shows the shark slinking back beneath the depths after failing to get a hold of his meal.

The pictures were captured near Guadeloupe Island, Mexico famed for its high traffic of great white sharks and swimming with shark experiences.

This small volcanic island, located in the Pacific 240 kilometres (150 miles) off the west coast of Mexico’s Baja California peninsula, outperforms both South Africa and Australia with shark-seeing consistency and conditions.

Tourists from all over the world visit the island for a chance to cage-dive and watch the terrifying creatures in their natural habitat.

The photographer Nikki, is a lifelong shark enthusiast and co-founder of Be A Shark Adventure Travel.

The cage-diver from Salt Lake City, USA said: "Guadalupe Island has over four-hundred individually identified white sharks, and I've been lucky enough to photograph over two-hundred of them.

"When sharks are serious about getting a hang bait they often make a fast vertical approach from the depths."

She has previously captured the stunning photo resembling the poster for Jaws last week.

Shark attacks are not uncommon, with one lucky survivor recalling the fear they had when they were attacked.

Despite that, Nikki said that she hopes people see a different side of sharks through her photography.

There have been roughly 74 shark attacks and eight deaths this year and are supposedly on the rise this year following environmental initiatives to protect seals – a key part of a shark's diet.