A single charge of indecent assault laid against Australian singer-songwriter Dan Sultan has been dropped.

The ARIA award-winner had planned to fight the charge, which related to an alleged incident at a party in Brunswick in Melbourne's north on September 27 in 2008. 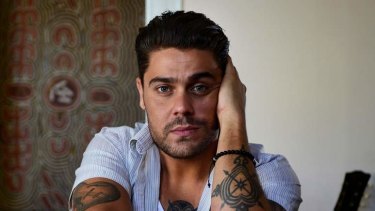 A charge of indecent assault against Dan Sultan has been dropped.

During a short online hearing of the Melbourne Magistrates Court on Thursday, prosecutor Stephen Payne said he was waiting to receive a document before the matter could fully resolve.

"On the basis of that, the application is to withdraw the charge," he said.

He did not give any other information about why the charge had been dropped or the nature of the document. The magistrate struck out the charge.

Mr Sultan, listed in court as Daniel Loorham, was not present on the stream. He was charged in February.

Last year, he won an ARIA for best children's album. He also took out best male artist and best blues and roots album in 2010.

He won album, song and cover art of the year at the National Indigenous Music Awards in 2014.

He was a guest vocalist on Midnight Oil's album The Makarrata Project released last month.

Sultan cancelled performances at three music festivals after he was charged with the offence earlier this year.

END_OF_DOCUMENT_TOKEN_TO_BE_REPLACED

END_OF_DOCUMENT_TOKEN_TO_BE_REPLACED
Recent Posts
We and our partners use cookies on this site to improve our service, perform analytics, personalize advertising, measure advertising performance, and remember website preferences.Ok