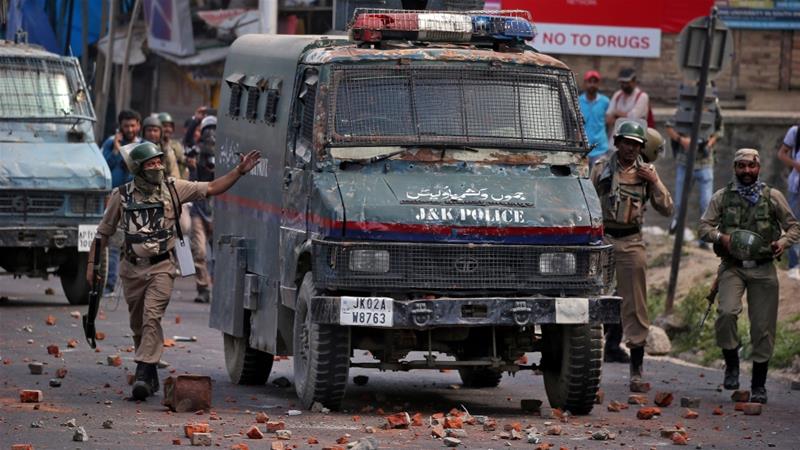 Indian security forces have killed four rebel fighters during a gun battle in Indian-administered Kashmir with two of the dead former police officers who had defected.

The firefight on Friday took place in Pulwama district, where India intensified security operations after a suicide attack killed 42 paramilitary troops in February.

“Four terrorists have been eliminated,” police in the northern state of Jammu and Kashmir said on Twitter.

Kashmir is divided between nuclear-armed rivals India and Pakistan. Both claim it in full and have fought two wars over the mountainous region since the end of British colonial rule and partition of the subcontinent in 1947.

For decades, rebel groups in the region have battled Indian security forces for independence from New Delhi’s rule, or for a merger with Pakistan. More than 100 rebels have been killed so far this year.

Pakistan denies giving material support to such groups but says it provides moral and diplomatic backing for the self-determination of the Kashmiri people.

India regularly accuses Pakistan of supporting the rebels, however, and blames it for “controlling” the February suicide bombing and JeM that carried it out.

The rebuke ushered in a protracted diplomatic standoff between New Delhi and Islamabad, during which both sides conducted air attacks on each other’s territory and an Indian fighter jet was shot down during a dogfight.

Indian Prime Minister Narendra Modi made frequent references to the military action against Pakistan during a recent election campaign that saw him sweep back to power.