Home » World News » Indonesia volcano: Is it safe to travel to Indonesia amid warnings of further eruptions?

Indonesia volcano: Is it safe to travel to Indonesia amid warnings of further eruptions?

Sumatra’s Mount Sinabung volcano erupted for nine long minutes on Sunday, sending volcanic ash more than four miles (7km) into the sky. Although no casualties were reported, residents nearby were urged to use masks when ash rains down and those living along the rivers upstream were warned of cold lava floods during rains. Mount Sinabung has seen a spike in activity since 2010, and officials are warning of potential further eruptions.

Is it safe to travel to Indonesia?

The British Foreign and Commonwealth Office (FCO) hasn’t placed any specific trail restrictions on the island of Sumatra, but advises against all travel to within four miles (7km) of the crater of Mount Sinabung in the Kalo Regency.

There is an exclusion one in the region due to the high threat of volcanic activity, and the FCO says if you’re in it, “you should leave immediately”.

The travel advice says: “There are many active volcanoes in Indonesia, any of which can erupt with little or no warning. 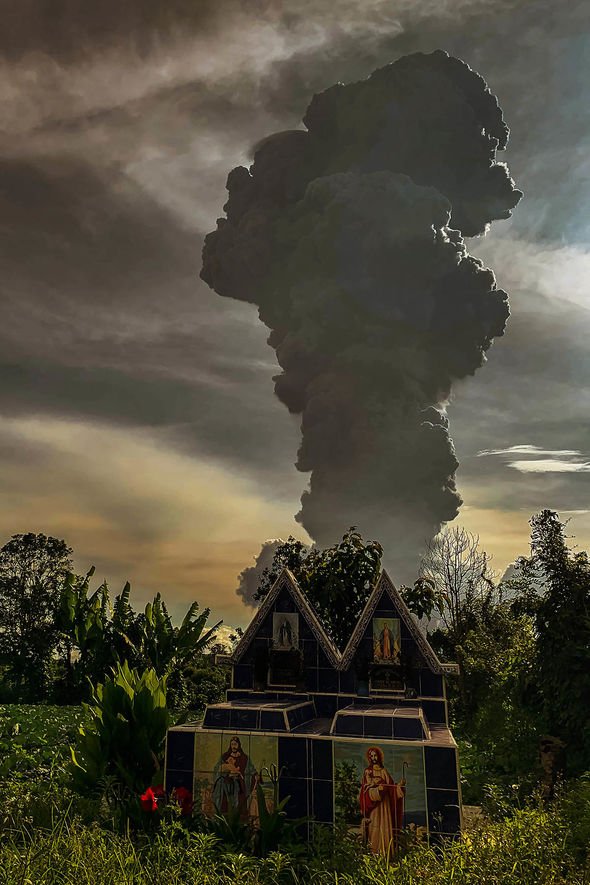 “This often results in the evacuation of villages within a three to seven-kilometre radius and disruption to air travel in the wider region.

“In the past, repeated eruptions have caused destruction and fatalities.

“Check media reports before travelling to areas that are prone to volcanic activity.”

Scientists monitoring the volcano said there were aftershocks following the eruption, and more may follow. 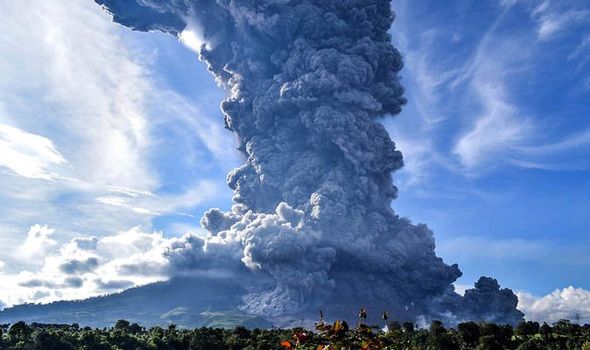 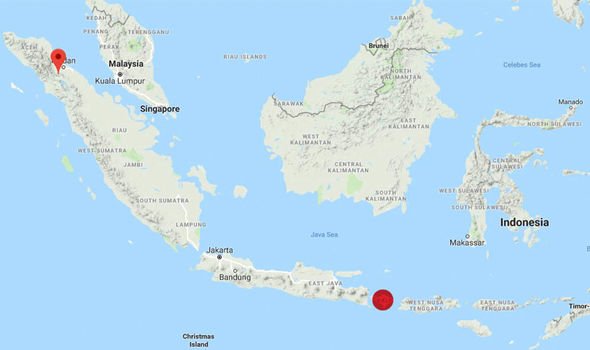 Mount Sinabung, which is more than 8,000ft high, is among Indonesia’s most active volcanoes but had been inactive for four centuries before erupting in 2010, killing two people.

More than a dozen people were killed and thousands were forced to flee Sinabung erupted in 2014.

And during a February 2018 eruption, it released a plume of ash which blew away much of its own summit.

Indonesia is on the Pacific “Ring of Fire’, and has nearly 130 active volcanoes, more than any other country. 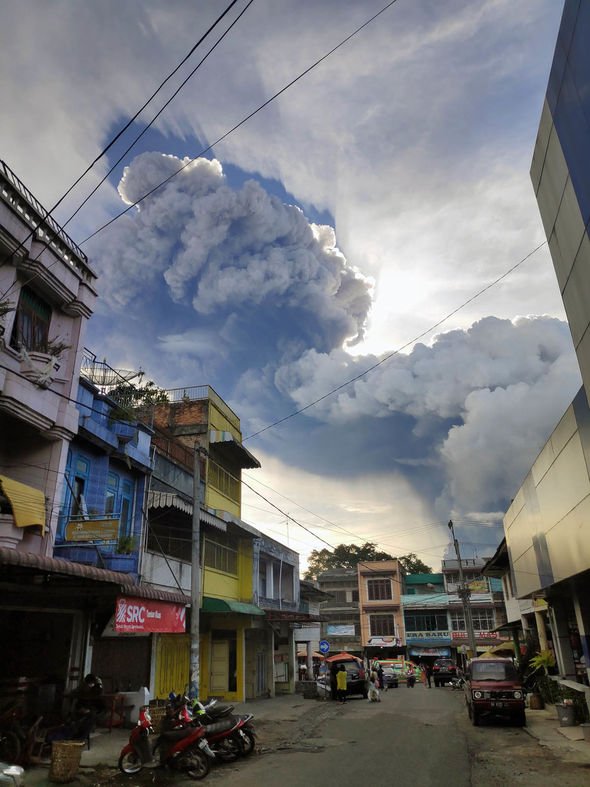 The Ring of Fire is a massive horseshoe-shaped ring encircling the Pacific basin made up of a string of volcanoes and seismic activity.

A string of 452 volcanoes stretches from the southern tip of South America, up the coast of the Americas, across the Bering Strait, down through Japan and into New Zealand.

In total, the ring forms a 25,000-mile arc from the boundary of the Pacific Plate, to the Cocos and Nazca Plates that line the edge of the Pacific Ocean.