Home » World News » Iran says it is in charge of security of Strait of Hormuz: state radio

Iran says it is in charge of security of Strait of Hormuz: state radio

DUBAI (Reuters) – Iran said on Friday it was responsible for maintaining the security of the Strait of Hormuz in the Gulf, state radio reported, adding that blaming it for attacks on two oil tankers in the Gulf of Oman was alarming. 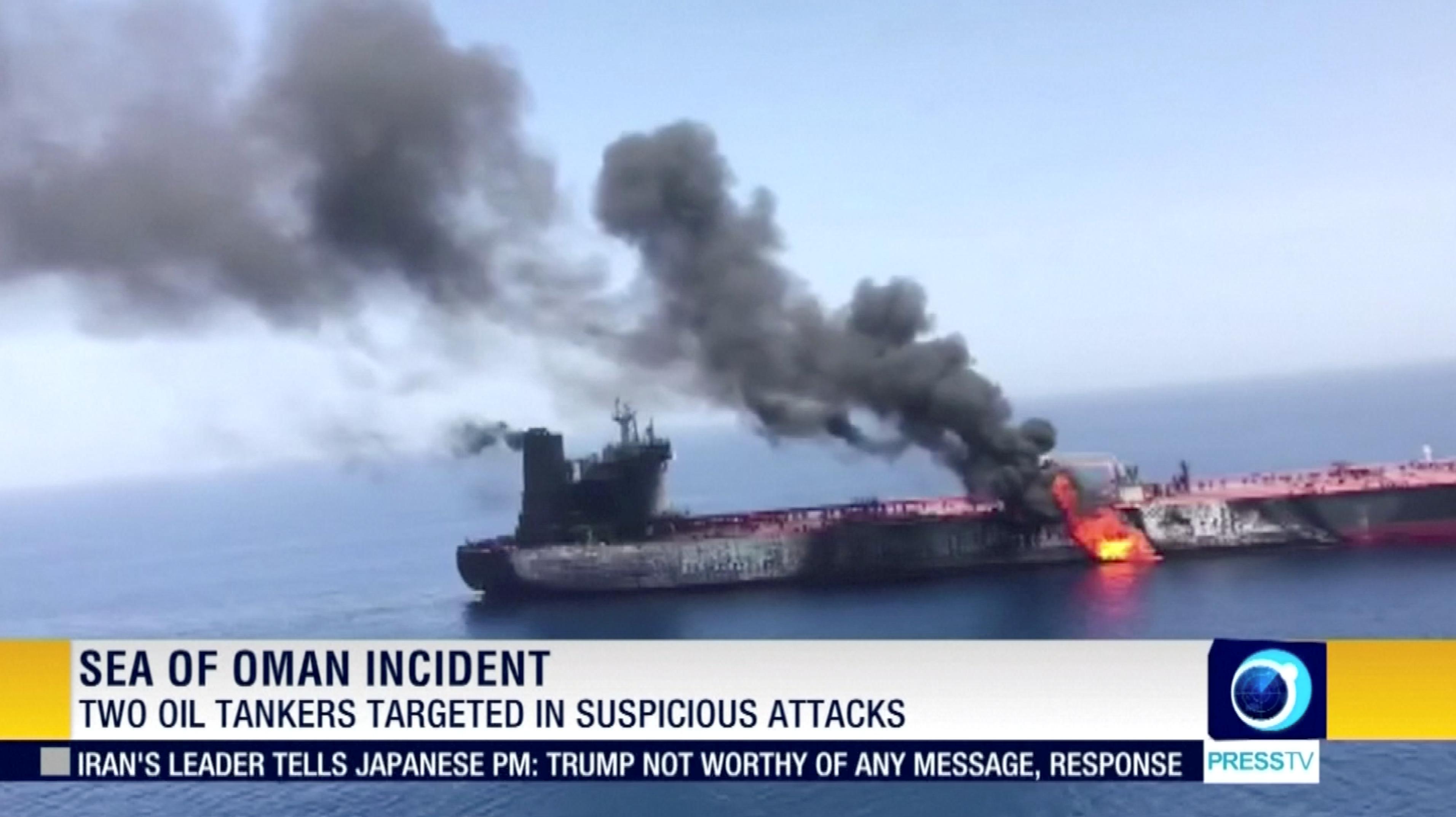 “We are in charge of maintaining security of the Strait and we rescued the crew of those attacked tankers in the shortest possible time … U.S. Secretary of State (Mike) Pompeo’s accusations towards Iran is alarming,” Foreign Ministry spokesman Abbas Mousavi said.

The United States blamed Iran for attacks on the two oil tankers in the Gulf of Oman on Thursday that drove up oil prices and raised concern about a new U.S.-Iranian confrontation. Iran has rejected it.

It was not immediately clear what befell the Norwegian-owned Front Altair or the Japanese-owned Kokuka Courageous, which both experienced explosions, forcing crews to abandon ship and leave the vessels adrift in waters between Gulf Arab states and Iran.

The blasts, south of the Strait of Hormuz, came a month after four vessels were targeted in “sabotage attacks” off the coast of the United Arab Emirates in the Gulf.

Almost a fifth of the world’s oil passes through the Strait – some 17.2 million barrels per day (bpd). Consumption was about 100 million bpd in 2017, data from analytics firm Vortexa showed.

One source said the blast on the Front Altair, which caught fire and sent a huge plume of smoke into the air, may have been caused by a magnetic mine. The firm that chartered the Kokuka Courageous tanker said it was hit by a suspected torpedo, but a person with knowledge of the matter said torpedoes were not used.

The U.S. military released a video late on Thursday that it said showed Iran’s Revolutionary Guard (IRGC) removing an unexploded mine from the side of the Japanese-owned oil tanker.

The U.S. military’s Central Command also released photographs showing the apparent mine, which attaches to the side of a ship magnetically, before it was removed later in the day.

Tension between Iran and the United States has risen since U.S. President Donald Trump last May pulled out of a 2015 nuclear deal between Iran and major powers that aimed to curb Tehran’s nuclear ambitions in exchange for sanctions relief.

Iran has repeatedly warned it would block the Strait of Hormuz if it cannot sell its oil because of U.S. sanctions.

Tensions have increased further since Trump acted at the beginning of May to force Iran’s oil customers to slash their imports to zero or face draconian U.S. financial sanctions.

Iran’s oil exports have dropped to about 400,000 bpd in May from 2.5 million bpd in April last year.