Home » World News » Is the New Meat Any Better Than the Old Meat?

Is the New Meat Any Better Than the Old Meat?

The Impossible Whopper sold at Burger King — with the tagline “100% Whopper, 0% beef” — looks just like a juicy beef burger.

It is made of 21 ingredients, according to its website, including genetically modified soy protein concentrate, coconut oil, sunflower oil and other items most people have never heard of, such as cultured dextrose, soy protein isolate and zinc gluconate.

Plant-based meat doesn’t come from a cow or a pig. But it’s not your old-fashioned skinny veggie burger, either.

Beyond Meat, one of the major companies competing in the plant-based meat business, said its products are made by layering in plant-based fats, binders, fruit and vegetable-based colors and flavors using a process of heating, cooling and pressure to create the fibrous texture of meat.

The word “meat” is a point of contention. For example, Missouri passed a law this year saying companies can’t represent a product as meat if it isn’t produced from livestock or poultry. Four organizations are challenging the law on behalf of plant-based meat companies.

How does eating meat affect the environment?

According to the Food and Agriculture Organization of the United Nations, livestock accounts for 14.5 percent of annual worldwide greenhouse gas emissions produced by human activity. Cattle (raised for beef and milk) alone produce 65 percent of livestock emissions.

This happens because carbon dioxide, which contributes to global warming, is released into the atmosphere when forests are cleared to make room for animal feed production and livestock grazing. Animals also release methane, another powerful greenhouse gas, through burps and flatulence when digesting their food. Animal manure and rice paddies are also huge sources of methane. 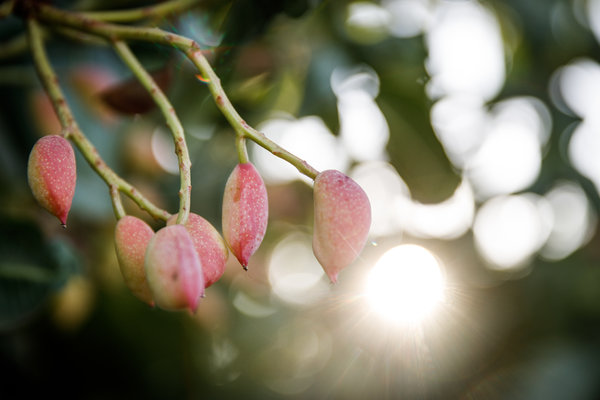 Agriculture’s contribution to greenhouse gases varies by country, depending on how animals are bred, herded and fed, but some experts say the overall number is much higher than 14.5 percent. Jeff Anhang, environmental and social specialist with the World Bank Group’s International Finance Corporation, estimates that livestock production accounts for at least half of human-caused greenhouse gases.

Most studies focus on emissions, “so they miss the fact that food causes almost all of our environmental issues,” said Joseph Poore, a researcher at the University of Oxford who was the co-author of a 2018 journal article examining the impact of food production, from deforestation to retail. “Avoiding meat and dairy, for the large majority of people, including Americans, is the single biggest way to reduce your environmental impact, not just on greenhouse gas emissions, but on land use, biodiversity loss, water pollution, pesticide use, antibiotic use and a range of other issues,” he said. He has also outlined his findings in a YouTube video.

Why are we hearing so much about plant-based meat now?

Technology, taste and timing. Although meatless burgers, chicken nuggets and sausages have existed for years, they’ve largely been marketed toward vegetarians. This new plant-based meat is aimed at, well, meat eaters.

“It’s clear the American palate has been trained on a diet of animal foods,” said Michele Simon, executive director of the Plant Based Foods Association, a trade organization. “For the average person, it will be difficult to trade hamburgers for salad, and this next generation of companies is trying to reach the hard-core meat eaters.”

Paul Shapiro, chief executive of the Better Meat Company, which makes plant-based ingredients for companies to add to their poultry or meat, said it was the success of soy milk that pushed the plant-based meat movement into the mainstream.

And although most people aren’t typically aware of the connection between food and climate change, Ms. Simon said, understanding has ratcheted up in recent years — especially among younger consumers, making meatless food that much more appealing. 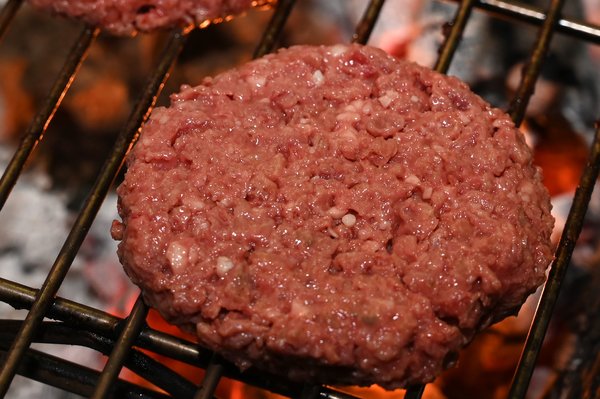 Who are the big players?

A number of companies are active in making plant-based products. Ms. Simon said her trade association, which started in 2016 with 22 members, now has 157.

Both companies are looking far past the supermarket aisle to meet consumers where they eat: fast food outlets. Burger King, KFC, Carl’s Jr., White Castle and others are serving burgers and other products made by either Impossible or Beyond.

None of these places would be swapping meat for meatless if it weren’t good business. The Beyond Famous Star was one of Carl’s Jr.’s most successful burger launches of the past two years, a company spokeswoman said. A&W Canada introduced its Beyond Meat Burger last summer and sold out in a matter of weeks, said Susan Senecal, the company’s chief executive. It has since become one of its most popular burgers, and customers can also chow down on Beyond Meat Sausage & Eggers.

In Britain, the chain bakery Greggs saw its profits rise by 58 percent after the introduction of a new vegan sausage role.

Over the past year, established companies such as Tyson and Perdue have jumped into the field; Perdue just started offering its Chicken Plus, which combines poultry with plant-based meat to create burgers, meatballs and chicken.

“This movement is being led by industry, not consumers, but that’s the norm,” Mr. Anhang said. “There’s not a single example of a food product being introduced — except at the margins — because of consumer demand.”

So is plant-based meat better for the environment?

There is no doubt that moving away from livestock and poultry would reduce greenhouse gases, although estimates vary. A much-cited 2018 report commissioned by Beyond Meat and conducted by the Center for Sustainable Systems at the University of Michigan compared the environmental impact of making a 4-ounce Beyond Meat burger with a similar beef product in the United States. The findings: Beyond Burger generated 90 percent less greenhouse gas emissions, required 46 percent less energy and had far less impact on water and land use than the beef burger.

“My view is that replacing animal products with better alternatives may be the only pragmatic way to reverse climate change,” said Mr. Anhang with the World Bank.

But Ricardo San Martin, research director and industry fellow for the Alternative Meats Lab at the University of California, Berkeley, said he would like to see more independent studies and more information about how the factories that process plant-based meat affect the environment to get a fuller picture.

Are we at a tipping point where plant-based food could actually make a difference in climate change?

It’s too soon to say. Just as global warming knows no borders, neither can solutions. To have an impact, plant-based meat would have to become a staple across the world, replacing beef, goat, pork and chicken.

That especially means making inroads in the Asian market, where demand for meat is skyrocketing, leading to record exports of beef from the United States last year, according to the U.S. Meat Export Federation.

“Unfortunately, the consumption of meat is still increasing worldwide,” said Michael Siegrist, a professor at ETH Zurich’s Institute for Environmental Decisions, who added that it’s not clear whether plant-based proteins are replacing meat or if consumers are eating them in addition to meat.

“The hype of plant protein is certainly welcome,” he said, “but we are, in my view, far away from having an environmental impact.”

Much of that depends on whether Beyond Meat, Impossible Foods and other companies can play the same disruptive role that Apple and Microsoft did when substantially replacing mainframe computers with personal computers over a single decade.

The companies that make the products are optimistic, naturally, and say they are on the brink of worldwide growth.

Beyond Meat and Impossible Foods are now available in Hong Kong, Macau and Singapore; Beyond Meat also has markets in 50 countries around the world, including Taiwan and Korea and 14 European countries.

“We’re adding new customers almost every month,” a Beyond Meat spokeswoman said. One of the company’s European distribution partners, Zandbergen, is building a Beyond Meat facility anticipated to start production in 2020.

Patrick Brown, founder of Impossible Foods, said in an email that his company’s long-term plan is “to produce a full range of meats and dairy products for every region in the world to completely replace the need for animals in the food system, full stop. This is not a fad, but a necessity.”

He added that if plant-based meat continues to be available, relatively inexpensive and tasty, consumers “will continue to seek it out as a replacement to beef, and old-fashioned, red-blooded capitalism will take care of the rest.”

END_OF_DOCUMENT_TOKEN_TO_BE_REPLACED

END_OF_DOCUMENT_TOKEN_TO_BE_REPLACED
Recent Posts
We and our partners use cookies on this site to improve our service, perform analytics, personalize advertising, measure advertising performance, and remember website preferences.Ok