The shocking video shows more than 80,000 pounds of laser-guided bombs dropped on the island located on the Tigris River south of Mosul. US Army Col. Myles B. Baggins III, a spokesman for Operation Inherent Resolve based in Baghdad, confirmed the attack on Wednesday. US officials described the island as a “major transit hub” for ISIS fighters going in and out of Syria.

“We’re setting the conditions for our partner forces to continue bringing stability to the region.”

A tweet from OIR Spokesman Col. Myles B. Caggins, which aired the video, said: “Here’s what it looks like when @USAFCENT F15 and F35 jets drop 36,000kg of bombs on a Daesh [ISIS] infested island.”

The terrorist group was defeated in Iraq in 2017. 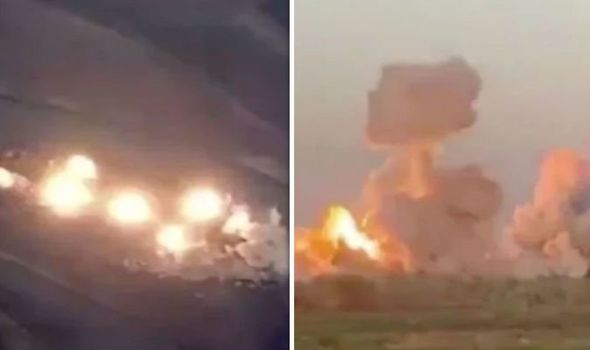 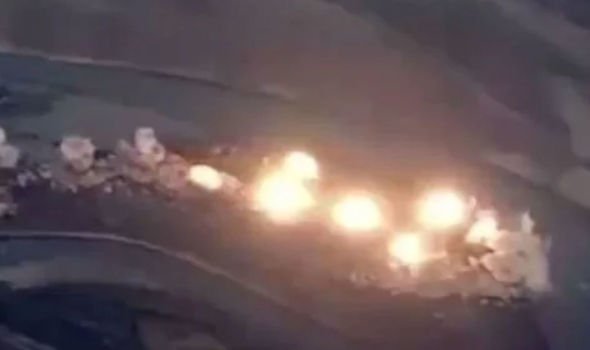 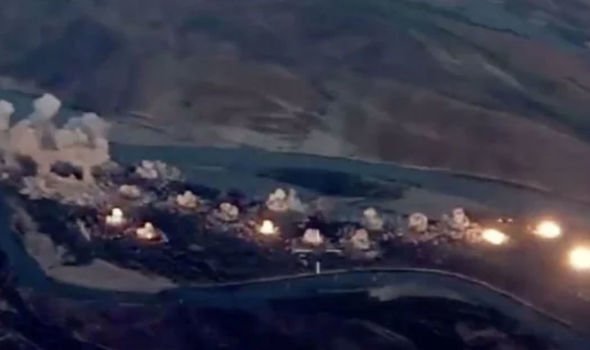 The coalition claimed F15 and F35 warplanes took part in the bombing in the central province of Salaheddine, about 175 miles northwest of Baghdad.

Authorities claim they dropped the bombs on the island to “disrupt Daesh the ability to hide the thick vegetation”.

Since this happened, coalition forces carried out deadly bombings in Iraq.

END_OF_DOCUMENT_TOKEN_TO_BE_REPLACED

END_OF_DOCUMENT_TOKEN_TO_BE_REPLACED
Recent Posts
We and our partners use cookies on this site to improve our service, perform analytics, personalize advertising, measure advertising performance, and remember website preferences.Ok