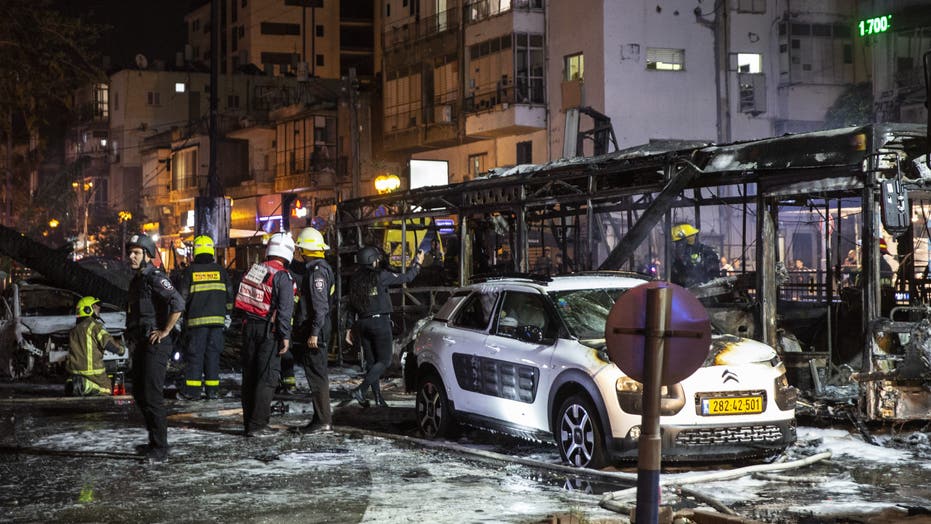 Another fatality in Israel due to Hamas rocket fire

Following days of intensifying clashes between Palestinian groups and the Israeli military, the IDF on Tuesday said it had executed its largest counteroffensive since its military assault into the Gaza Strip in 2014.

“In response to HUNDREDS of rockets in the last 24 hours, the IDF has struck a number of significant terror targets and terror operatives across the Gaza Strip, marking our largest strike since 2014,” the IDF tweeted from its official account Tuesday evening. “We are currently striking more terror targets in Gaza.”

The Gaza Strip is where Hamas, an Islamist militant organization designated as a terrorist group by both the U.S. and Israeli governments, operates from.

RIOTS ERUPT IN PARTS OF ISRAEL AS TENSIONS FLARE

The group has been launching rocket after rocket since Monday, following rapid escalations in the wake of a standoff Friday between Palestinian protesters and Israeli police at the Al-Aqsa mosque in Jerusalem, which is a holy site for Jews and Muslims alike.

“Terrorists in Gaza are firing rockets non-stop as civilians in central and southern Israel spend their night in shelters to protect themselves from rocket fire,” the IDF said. 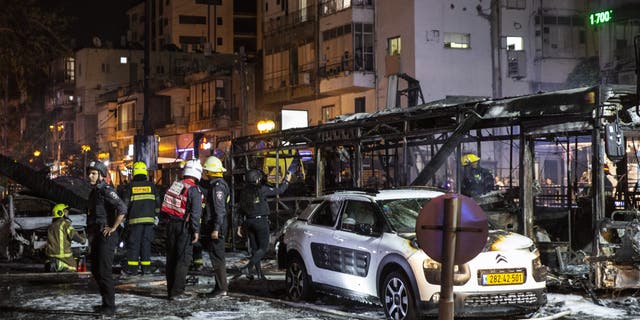 An Israeli firefighter works at the site where a rocket fired from the Gaza Strip, hit the central Israeli town of Holon, near Tel Aviv, Tuesday, May 11, 2021. (AP Photo/Heidi Levine)

The rockets have been targeting densely populated civilian areas, including the cities of Tel Aviv and Jerusalem, and after a brief lull around midnight, officials announced more attacks in the early morning hours.

It least three Israeli women had been killed by rockets as of Tuesday evening, with dozens of people wounded. The Palestinian toll was even higher, with 35 dead and hundreds wounded.

“There are lots of targets lined up,” Defense Minister Benny Gantz warned earlier in the day. “This is only the beginning.”

At least three senior Hamas leaders were reported dead as of Tuesday evening after an Israeli strike leveled their hideout.

A separate airstrike flattened a 12-story Hamas office building, although Israeli forces had warned people to flee first and there were no reported casualties.

Meanwhile, as the militant group and the IDF clashed, civilians were rioting in several parts of the country, with reports of Molotov cocktails, desecrated houses of worship and at least one fatal shooting.