ROME (Reuters) – Italian Interior Minister Matteo Salvini threatened on Wednesday to use tough, new measures for the first time on a German charity ship, Sea Watch, after it picked up migrants off the coast of Libya without authorization. 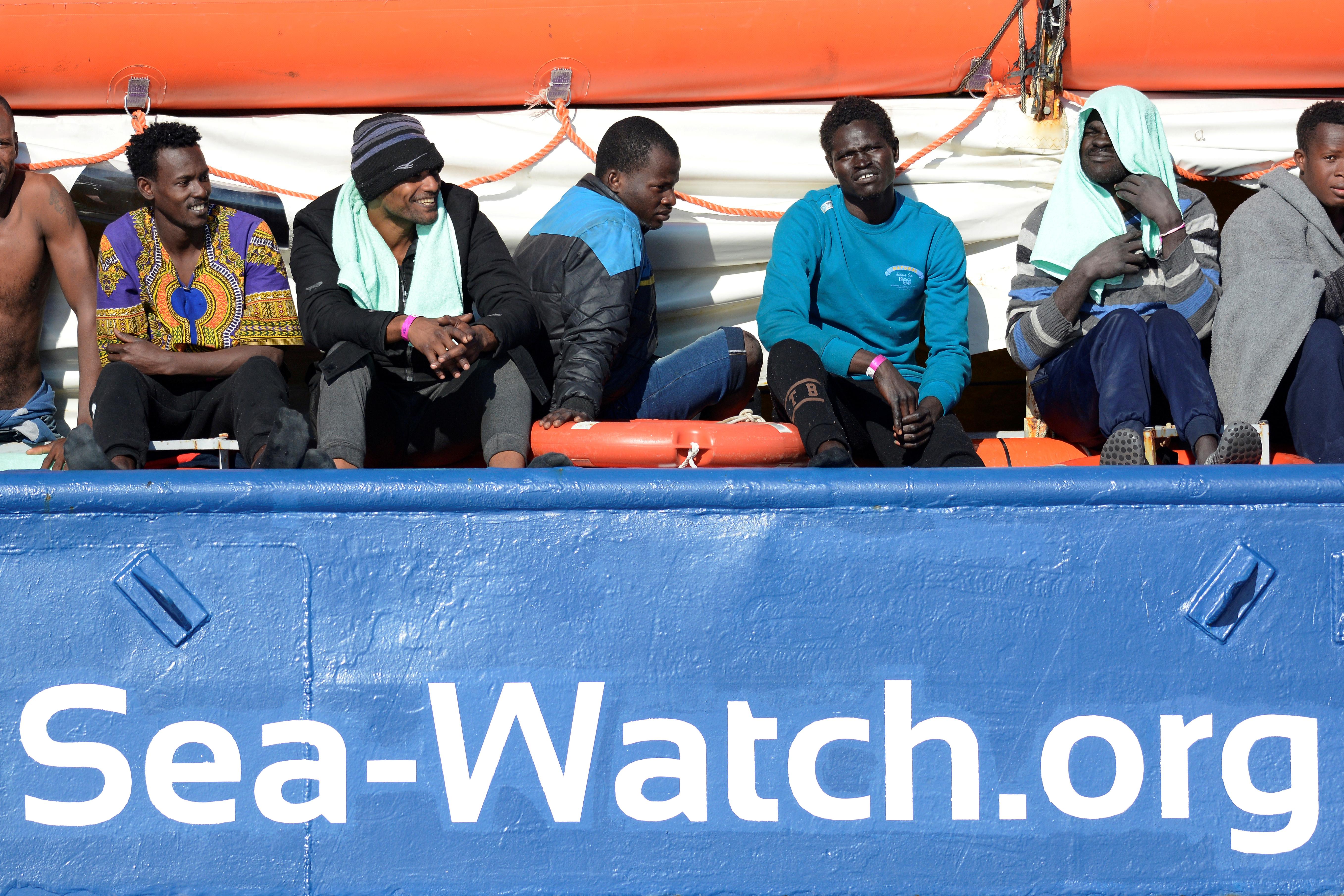 “This is the umpteenth time Sea Watch, which is a real pirate ship, has done something like this,” said Salvini, who also serves as deputy prime minister in the ruling coalition and is head of the far-right League party.

The Italian government on Tuesday approved a security decree that gives the Interior Ministry the power to deny access to Italian territorial waters to vessels that it considers are a risk to security or public order.

It did not specify that charity ships were the intended target, but Salvini has vowed to halt their operations and he jumped on news that the Sea Watch vessel had picked up 52 people from a rubber boat some 47 miles (75 km) from Libya.

Sea Watch said on Twitter the boat had been in distress. It added that although the Libyan coastguard had announced it would take charge of the rescue, it had been in no position to do so.

“We won’t stop to defend human life at sea,” said Sea Watch, which always brings any migrants it plucks from the Mediterranean to European ports — mostly Italian — arguing that war-racked Libya is too dangerous for asylum seekers.

Salvini accused the ship, which has repeatedly challenged his closed-port policy, of defying maritime law.

“We cannot wait to use the new tools in the security decree to stop them accessing our territorial waters,” he wrote.

Italian police seized the Sea Watch boat last month after it saved dozens of migrants, accusing it of breaching immigration rules. However, the ship was eventually released at the start of June, letting it return to the nearby Libyan coastline.

Migrant arrivals to Italy have plummeted since Salvini took office a year ago, with 2,144 crossing the Mediterranean so far this year, according to official data, down 85% on the same period in 2018 and down 96% on 2017 levels.

The U.N. refugee agency, UNHCR, appealed to Italy on Wednesday to revise the new security law, saying it could endanger life.

“Sea rescue is a long-standing humanitarian imperative. It is also an obligation under international law,” it said in a statement.

“No vessel or shipmaster should be at risk of a fine for coming to the aid of boats in distress and where loss of life may be imminent.”

(This story was refiled to fix typo in headline)