A ‘jealous’ rival has trashed a gardening YouTuber’s beloved allotment by dousing his vegetables in paint and varnish in a vengeful attack.

Joe Mills’ ‘Digging for Dinner’ YouTube channel that shows people how to grow fruit and vegetables on an allotment has more than 9,000 subscribers.

But his entire year’s crop of vegetables have been ruined in the attack at Roeshot Hill Allotments in Christchurch, Dorset – which the 28-year-old said was targeted.

Many of his followers have suggested the saboteur is someone who is envious of his successful allotment and of his YouTube channel.

Mr Mills was alerted by a fellow allotment holder that all the plants he had spent months growing had been sabotaged. 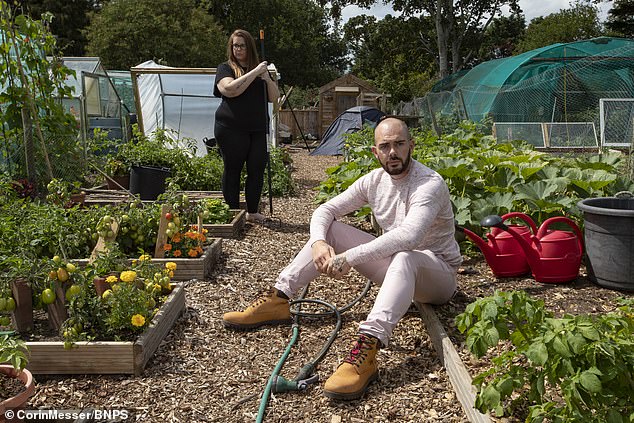 A ‘jealous’ rival has trashed a gardening YouTuber Joe Mills’ beloved allotment (pictured) by dousing his vegetables in paint and varnish in a vengeful attack. Pictured: Mr Mills and his partner Kelly Daley 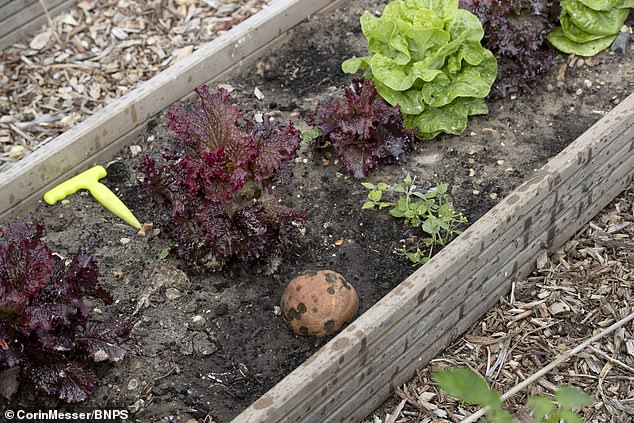 Mr Mills’ entire year’s crop of vegetables have been ruined in the attack at Roeshot Hill Allotments in Christchurch, Dorset – which the 28-year-old said was targeted at him. Pictured: Splash marks over beds on the plot

His lettuces, tomatoes, onions and potatoes had all been covered with sticky paint and varnish.

Mr Mills said the attack is ‘truly devastating’ and will bring an early end to the ‘Grow With Me’ video series he had been filming for his channel.

He said: ‘Someone has taken it upon themselves to completely sabotage all of my efforts to grow my own food.

‘There was lots of varnish, gloss and different kinds of paint directly thrown over all my plants.

‘The level of sabotage, it is obvious it was a targeted attack and what they have done is to write me off for the year. I don’t think anything is going to survive, I think it’s going to kill it all off.

‘It looks like someone doesn’t like me. It was described to me by a committee member as a personal attack. 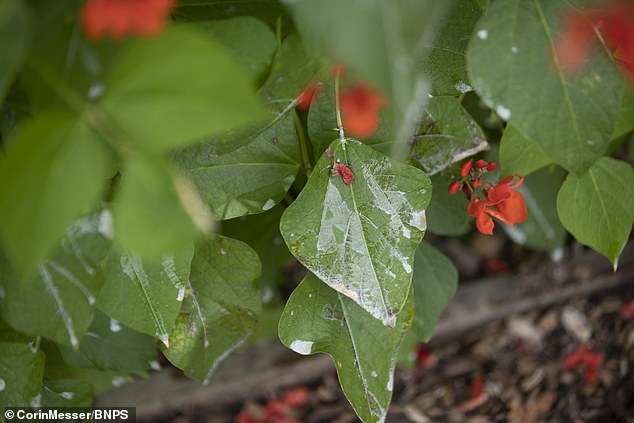 ‘I don’t know who would have done it. Who has got it in for me? Even if you don’t like me, who would take their frustrations out on plants?

‘The damage is too neat, it is on every single bed and only on the plants, not sporadically thrown. They have taken their time to go up and down the vegetation.’

His partner Kelly Daley added: ‘We can’t fathom it, we have no idea why someone would pick on Joe. His allotment is tucked out of the way and no other allotments had been hit.

‘It could be someone on one of the allotments who is jealous of how quickly he has got it looking good. 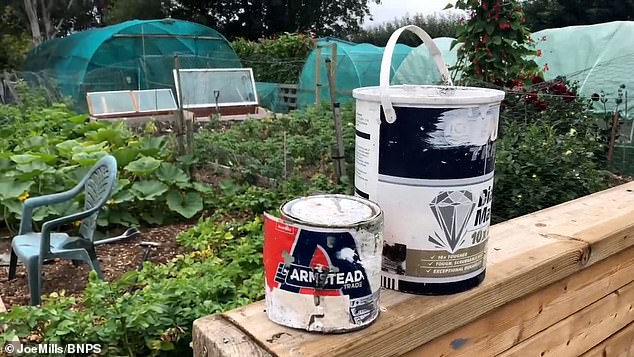 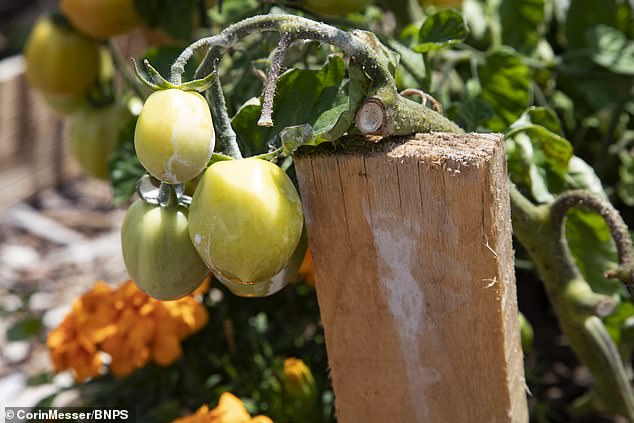 ‘The allotment is Joe’s place where he has focus and purpose. He was devastated and this could easily have consumed him. It’s just really sad.’

Mr Mills focuses on showing people that gardening doesn’t have to be complicated and aims to help those with mental health issues.

At one point he managed 150 allotment plots in London but moved from Windsor, Berkshire, to Dorset with Ms Daley almost a year ago.

He still has two allotments in London.

He said he spends six or seven hours a day at the Christchurch plot.

Many of his crops were close to being ready to harvest, including about 100 onions that he had pulled up and left to dry the day before the saboteur hit on July 19. 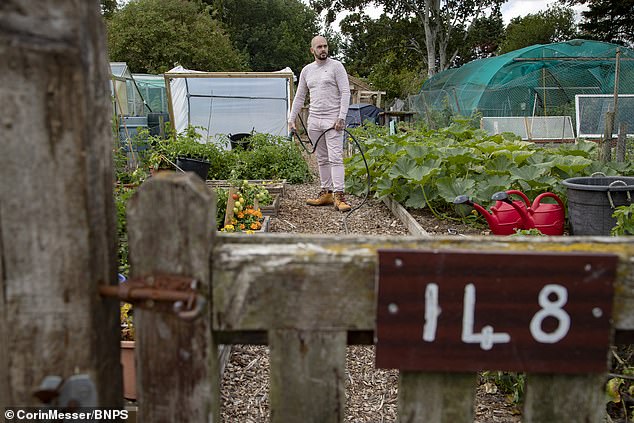 He also had 28 Roma tomato plants which he said would probably die now, and even if they didn’t he wouldn’t feel comfortable eating them because of the substances that had been thrown on them.

He has been hosing down the plants every day but does not know if they will grow and ripen and he may have to replace all the soil due to contamination.

A fellow allotment holder has set up a Go Fund Me page to raise £600 to help Mr Mills rebuild and possibly invest in some motion sensor wildlife cameras to protect his plot in the future.

Mr Mills has reported the incident to Dorset Police.

END_OF_DOCUMENT_TOKEN_TO_BE_REPLACED

END_OF_DOCUMENT_TOKEN_TO_BE_REPLACED
Recent Posts
We and our partners use cookies on this site to improve our service, perform analytics, personalize advertising, measure advertising performance, and remember website preferences.Ok