A report prepared by an investigative journalist which summarised allegations and rumours about Ben Roberts-Smith will remain secret, after the Federal Court found it cannot be used in the former soldier’s defamation case because it is covered by legal privilege.

Ross Coulthart, a former reporter for Channel Seven, was working for public relations firm Cato & Clive in 2018 when a series of stories were published about Mr Roberts-Smith in The Age and The Sydney Morning Herald. 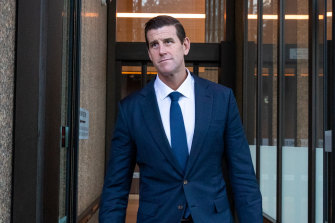 These included that the decorated former SAS soldier, who had worked for Channel Seven as an executive since 2012, would likely be called to give evidence at the Brereton inquiry into war crimes allegedly committed in Afghanistan.

In response to the stories, Mr Roberts-Smith retained defamation lawyer Mark O’Brien and agreed to have Coulthart investigate the claims.

Bruce McWilliam, general counsel for Seven West Media, instructed Coulthart to consider and summarise “all of the known rumours and allegations that are circulating or have been published about Ben Roberts-Smith” and prepare a report addressed to two lawyers.

In August this year, lawyers for The Age and the Herald attempted to secure a copy of the report as part of the defamation case brought by Mr Roberts-Smith.

They argued the document was not capable of attracting legal privilege, and even if it was, that this was waived by Coulthart when he detailed to journalist Nick McKenzie that he had conducted “numerous interviews” with current and former SAS members when he prepared the report.

On Tuesday, Justice Wendy Abraham found the report should not be disclosed because it was covered by legal privilege. The privilege also applied to three emails of draft media releases which Coulthart sent to Seven executives and Mr Roberts-Smith’s lawyers for advice, she found. 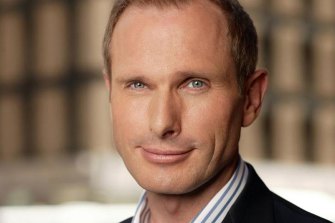 Justice Abraham also ordered that the Inspector General of the Australian Defence Force does not have to produce a transcript of some evidence given at the Brereton inquiry, as Mr Roberts-Smith had requested.

That judgment has not been publicly released because it must be examined to ensure it does not breach national security legislation.

Justice Abraham said the Coulthart report, which she read, was marked in capital letters: “Strictly private and confidential. This document was prepared for the provision of legal advice and its contents are strictly privileged”.

She said Mr McWilliam gave evidence that the report had only been distributed to himself, Seven chairman Kerry Stokes, and Mr O’Brien, who provided a copy to barrister Arthur Moses, SC.

Mr McWilliam argued the purpose of the report was to assist Mr Roberts-Smith’s lawyers with questions he may face if he was called to give evidence at the Brereton inquiry, and to prepare for potential defamation action.

Justice Abraham said even if the report was Mr McWilliam’s “project”, that does not mean it is not covered by legal privilege which applies to advice given between a lawyer and their client.

“I am satisfied that an objective assessment of the circumstances in which this report was created establishes that it was for the dominant purpose of obtaining legal advice,” Justice Abraham said.

Mr Roberts-Smith sued The Age, the Herald and The Canberra Times over a series of stories published in 2018, which he says are defamatory because they portray him as someone who “broke the moral and legal rules of military engagement” and committed murder.

The former soldier has denied all wrongdoing, telling the court earlier this year that he only killed suspected Taliban insurgents during the heat of battle and it “breaks my heart” to be described as a murderer.

In a defence, the newspapers have argued the articles do not defame Mr Roberts-Smith in the way he suggests and he is not identifiable in some of them.

However, if the Federal Court finds the articles did identify and defame him, the outlets have pleaded a defence of truth or contextual truth to all the claims, including alleging Mr Roberts-Smith was involved in unlawful killings in Afghanistan.

The trial is expected to resume next year.