Murdoch, was born in Sydney in 1968 but is a dual American and British citizen and lives in the UK.

She was made Commander of the Order of the British Empire (CBE) on Thursday in honours released to mark the Queen’s Platinum Jubilee for her work as a council member on the Arts Council England, for services to diversity in the arts and to charity. 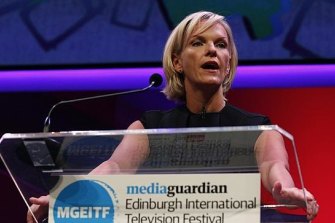 Rupert Murdoch’s daughter Elisabeth Murdoch was awarded an OBE for her services to the arts.Credit:Photo: Reuters

Murdoch, a founder of entertainment companies and a philanthropic arts foundation, was appointed to the council in 2017 by the Conservative government and her term expires in August.

CBE is the highest-ranking order in the honours system below knights and dames. 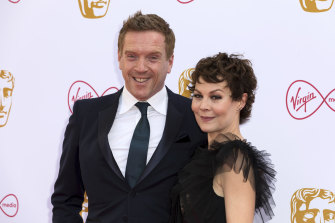 Homeland star Damian Lewis dedicated his Jubilee honour to his late wife, Helen McRory, pictured with him here at the 2019 BAFTAs. She died last year. Credit:Invision

Actor and Homeland star Damian Lewis, who was already an OBE, was elevated to CBE along with the fashion designer Stella McCartney.

Lewis wrote on Twitter that he was sharing the honour with his late wife, actress and Peaky Blinders star Helen McCrory who died of breast cancer last year, aged just 52.

“Sharing with Helen,” he wrote, after earlier saying: “I’m a Commander now. Scratching my head. At ease.”

Novelist Sir Salman Rushdie, already a Knight, was made a member of the Order of the Companions of Honour. There are just 65 Companions of Honour at any one time and Rushdie was elevated along with children’s illustrator Sir Quentin Blake and historian Dame Marina Warner. 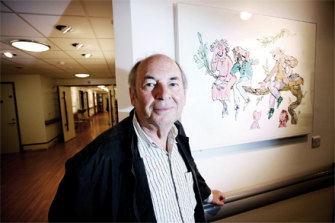 Sir Quentin is best known for his illustrations of Roald Dahl’s books.

Sir Quentin, perhaps best known for his illustrations of Roald Dahl’s children’s books, said it was “an enormous privilege” to join the Companions of Honour – membership is limited to 65 people.

The 89-year-old said: “It is also of special interest to me because it is not, unlike so many awards, just a medal that is pinned on you.”

Sir Ian said it was “amazing to be honoured in this way”, adding: “It may not make writing my next book any easier, but it is gratifying to be recognised both for my crime novels and the work I do for charity. 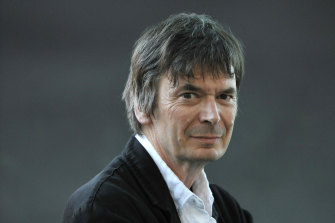 Sir Ian Rankin is not sure his knighthood will make writing crime novels any easier.Credit:Getty

“I’m not sure what Detective Inspector John Rebus would make of it – he’d almost certainly tell me not to get too big-headed. I’ll do my best, while pouring a glass of something refreshing.”

Melbourne-born John Torode, honoured with an MBE, is credited with being one of the first chefs to introduce Australian-style food to the UK in the ’90s.

Former Arts Minister and High Commissioner to the UK George Brandis said the inclusion of two prominent Australians in the Jubilee showed how important the country was to the Queen.

“The decision by Her Majesty to recognise a number of distinguished Australians in today’s Jubilee Honours is a gracious act which should remind all of us how much The Royal Family values Australia,” Brandis told The Sydney Morning Herald and The Age.

“This historic Platinum Jubilee is not only a celebration of the monarch but of the qualities she possesses,” Prime Minister Boris Johnson said.

“The honours she confers this week reflect many of those qualities that have been invaluable from all different walks of life and to communities across the UK.”