MPs tell homeowners to SWITCH OFF Christmas lights to save the planet: Killjoy politicians say bright festive displays are ‘unnecessary’ and people must ‘celebrate in moderation’

Killjoy MPs are now attempting to tell families where and when they can put up their own Christmas lights in the latest chapter of nanny state meddling.

A cross-party selection of Scrooge politicians say those with large festive illuminations – often displayed to raise charity funds – should think about switching them off.

MPs think people celebrating Christmas should follow their advice over their own instincts on how best to mark the occasion.

The chairman of the Dark Skies All Party Parliamentary Group Andrew Griffith said some displays were so bright if they had been in Bethlehem the three wise men would never have found baby Jesus.

Light pollution issues and electricity waste are real environmental concerns and the Energy Saving Trust say the UK could fill 15,500 hot air balloons with the carbon dioxide produced by our Christmas lighting each year.

But after a torrid 18 months dealing with the coronavirus pandemic and restrictions imposed by Boris Johnson’s government, many will be asking if MPs trying to curb the nation’s festive inclinations is wise.

Helen and John Attlesey’s Christmas decorations at their home in Soham, Cambridgeshire, is adorned with thousands of eco-friendly LED lights for charity.

Last year it raised over £25,000 for charities including Great Ormond Street Children’s Hospital, who saved their grandson’s life after he developed epilepsy aged six. 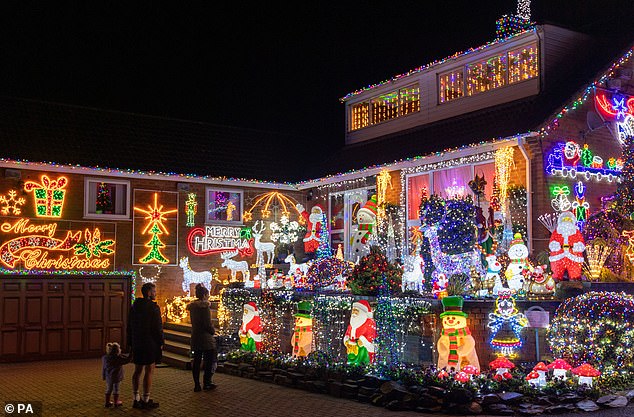 The retired couple, who have put on their dazzling light display for almost a decade, raise money for East Anglia Children’s Hospices, Great Ormond Street Hospital Children’s Charity and Dreamflight 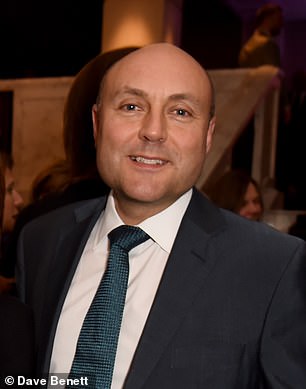 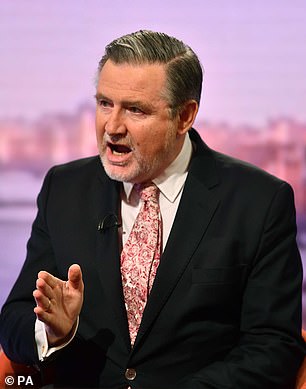 Mrs Attlesey, 70, who said they caused a huge monthly power bill for them, said they did it to help the community and good causes.

She said: ‘Cop26 has put the issue of climate change in people’s minds, and I’m very proud to have always used LED lights on my house because they’re more environmentally friendly.

‘I would advise anyone else with Christmas lights to use the same as us. People are unlikely to scale back on what they buy, but they should use LEDs where possible.

Mrs Attlesey added: ‘People understand why we do it so early – they love it. We’re trying to help people, we’re not just doing it for us,’ she added to the Telegraph. 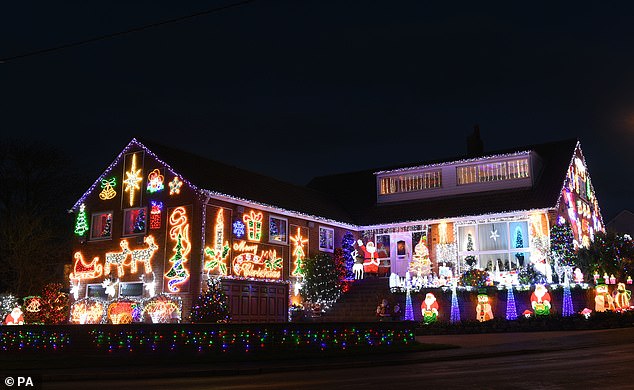 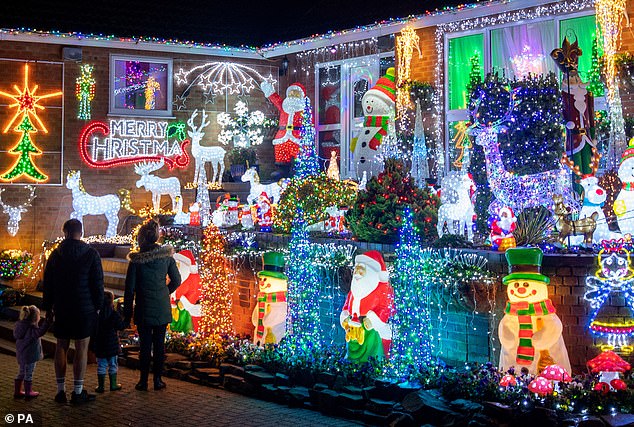 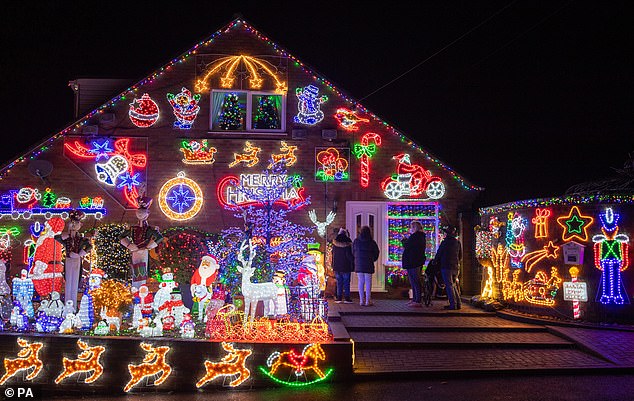 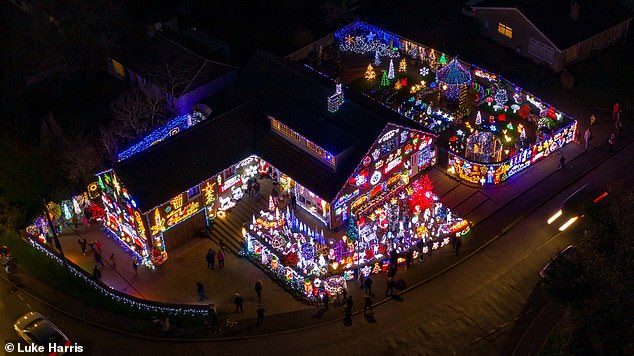 What ARE the real environmental costs of Christmas lights?

Impressive displays raise the spirits but can have environmental impacts.

Light pollution can wash out stars in the sky and it it is said to also disrupts ecosystems of some nocturnal wildlife animals.

There is also a CO2 issue as well that of energy wastage.

Carbon Footprint.com advises: ‘Put your indoor and outside Christmas lights on a timer so that they aren’t wasting electricity when you forget to turn them off after a couple of sherries.

‘Choose LED lighting in your house normally and for Christmas decorations to save money on your energy bill.

Andrew Griffith MP, Conservative chairman of the Dark Skies All Party Parliamentary Group, said: ‘Whilst we all need some festive cheer, much exterior lighting is unnecessarily bright. Had it been in place in Bethlehem, the three wise men would never have seen the stars let alone be guided to the baby Jesus by them.

‘A good compromise would be for homeowners to use timers so that they do not stay blazing all night, confusing wildlife and causing glare and distress to neighbours.’

Philip Dunne, a Conservative MP, said: ‘I would strongly encourage those people looking to decorate their homes over Christmas to look at using LED lighting where possible to minimise the environmental impact and to ensure their neighbours are not disturbed.’

Barry Gardiner, a Labour MP who sits on Parliament’s environment committee, called on people to ‘consider our own individual behaviours’.

Shailesh Vara, the Conservative MP for North West Cambridgeshire and former member of the environmental audit committee, told the Telegrpah: ‘It is time for serious action if we are to ensure a safe and better planet for the generations to follow. That does mean that all of us need to reflect on what changes we can make in the way we live our lives, and then make those changes.’

And a Green Party spokesperson said: ‘We’ve got to weigh up the effect on our planet against having lots of lights above our doors,