THIS is the chilling moment a knifeman armed with a 12-inch blade threatened England fans outside a London pub.

Two groups of youths were locked in a standoff outside a pub just before last night's Euro 2020 semi-final with Denmark. 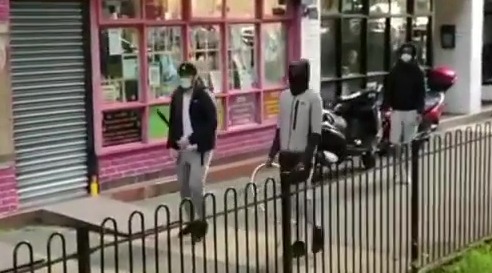 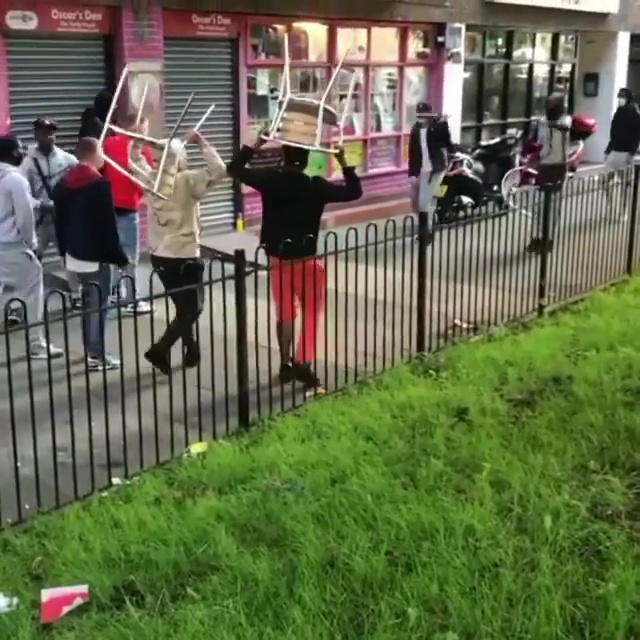 One man wearing a face masks brandishes a terrifying Rambo knife as he approaches a group who back away on Abbey Road, North West London.

Another man with him wields a chair with a third man just behind as they face down six others.

Two of the rival group hold chairs over their heads to defend themselves just minutes before the England match kicked off.

Towards the end of the video England fans can be seen moving away from the pub as the armed group approach them.

A man filming the incident is heard saying: "Welcome to Kilburn, lads".

No arrests were made during the shocking confrontation.

A Met Police spokesman said: "Police were called at 19:53hrs on Tuesday, 7 July to Abbey Road, NW6 after reports that a group of males had approaching another group outside a pub, one of whom was reported to be armed with a knife.

"Officers attended but no suspects were found. There were no reports of any injuries and no arrests. 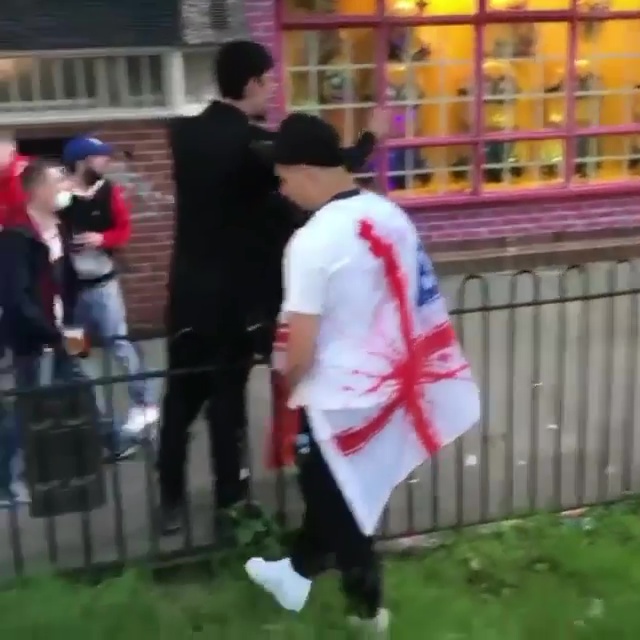 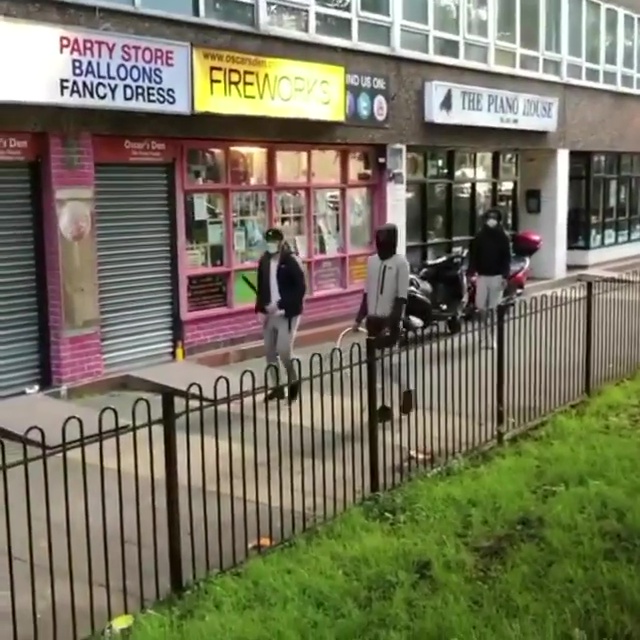