Knifeman is shot and wounded after stabbing officer

A knifeman has been shot and wounded after he stabbed a police officer in the hand in northeastern France.

The officer, who has not been named, also fired a tear gas canister at the individual before firing two shots in Dieuze, Moselle, this afternoon.

The attacker was injured in the abdomen and transported to hospital for treatment, although the severity of his injuries is yet to be confirmed. 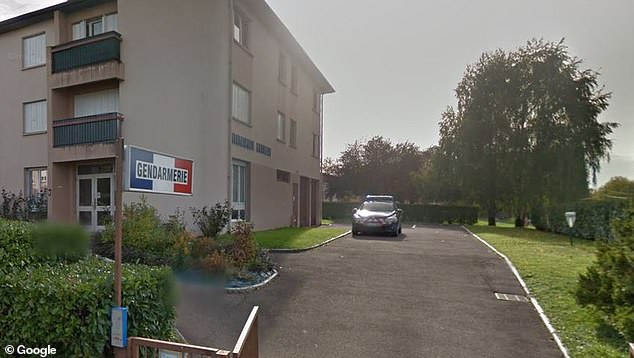 The officer fired a tear gas canister at his assailant before firing two shots in Dieuze, Moselle

‘There was an opening of fire by a gendarme at Dieuze on an individual who I am told was armed with a knife,’ prosecutor Christian Mercuri told a court in Metz this afternoon.

The national gendarmerie told AFP: ‘A man in civilian clothes brandished a stabbed weapon in the Dieuze gendarmerie.’

A preliminary investigation must determine whether it is a case for ‘ordinary law’ or a terrorist attack, they added.

The circumstances of the shot and motivation of the attacker are not yet known.

Related posts:
a, and, is, Knifeman, Shot', wounded
Celebrities

END_OF_DOCUMENT_TOKEN_TO_BE_REPLACED

END_OF_DOCUMENT_TOKEN_TO_BE_REPLACED
Recent Posts
We and our partners use cookies on this site to improve our service, perform analytics, personalize advertising, measure advertising performance, and remember website preferences.Ok