Praying for peace? Jared Kushner visits the Western Wall in Jerusalem as he says ‘the stage is set’ for more Arab states to recognize Israel after UAE deal

Jared Kushner visited the Western Wall in Jerusalem on Sunday, where it appeared he had a private time for prayer, after declaring the ‘stage is set’ for more Middle East peace deals.

The president’s senior adviser and son-in-law trumpeted the recent agreement between Israel and the United Arab Emirates to establish diplomatic relations. He called it a historic breakthrough and said other Arab states are likely to follow suit – giving no indication any new deals were imminent.

Appearing alongside Israeli Prime Minister Benjamin Netanyahu and the U.S. National Security Adviser Robert O’Brien, Kushner spoke a day before he is to join a senior Israeli delegation on the first commercial flight from Israel to the UAE. The flight holds great symbolic value and is a key step in what is expected to be full normalization between Israel and the UAE.

The Aug. 13 announcement makes the UAE just the third Arab country to establish full diplomatic relations with Israel, and the first to do so in over 25 years. It reflects a shifting Middle East in which shared concerns over Iran have overtaken traditional wall-to-wall Arab support for the Palestinians.

‘While this peace agreement was thought by many to be impossible, the stage is now set for even more,’ he said, claiming he has heard optimism throughout the region since the deal was announced. 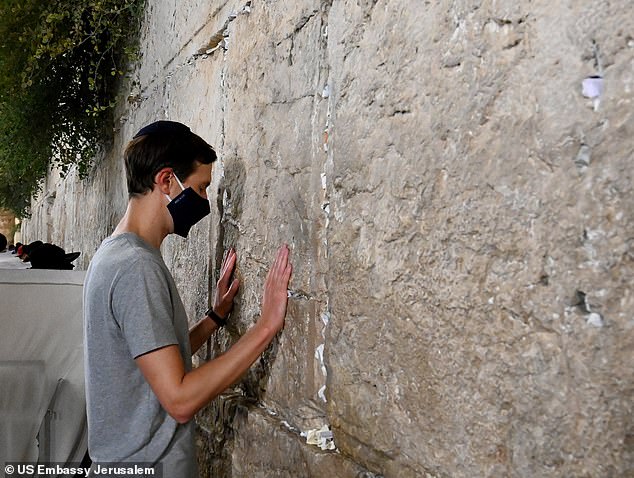 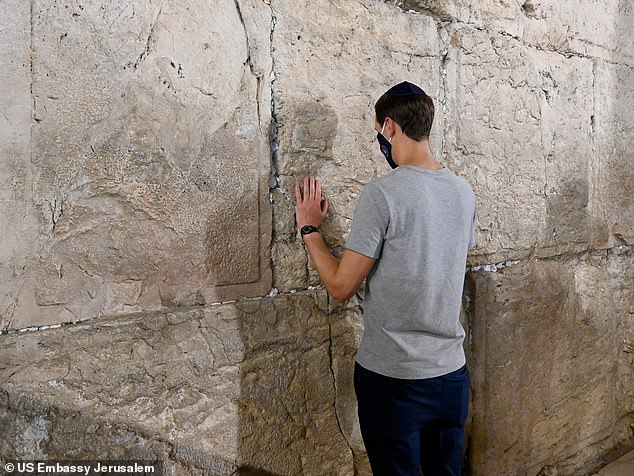 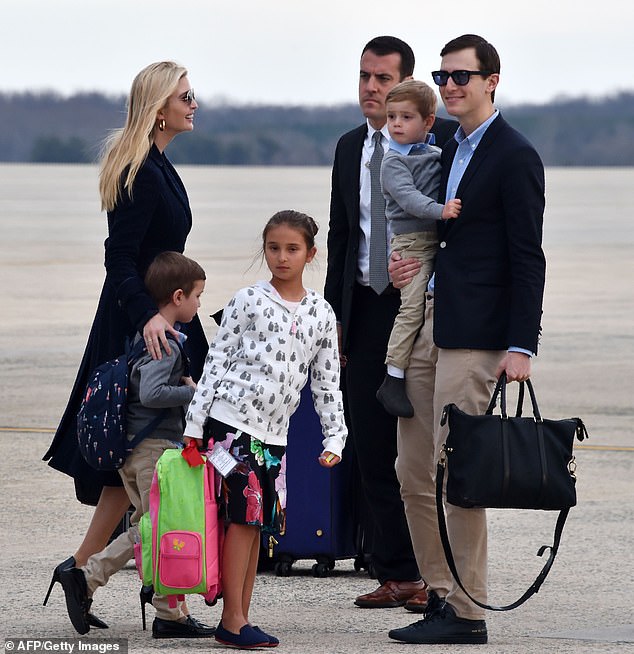 Jared is married to President Trump’s eldest daughter Ivanka Trump, and they have three children. Ivanka converted to Judaism when she married Kushner 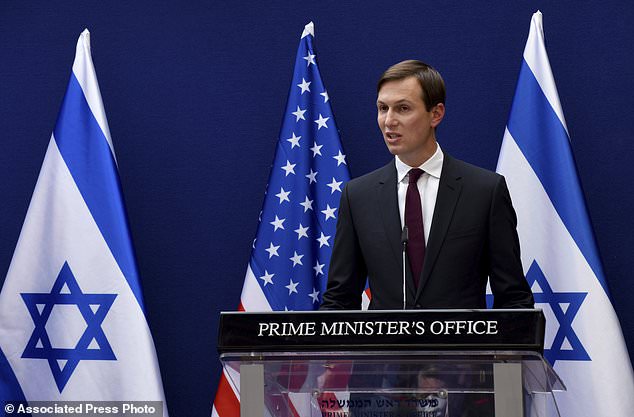 Kushner trumpeted earlier Sunday the recent agreement between Israel and the United Arab Emirates to establish diplomatic relations, claiming ‘the stage is set’ for other Arab states to follow suit 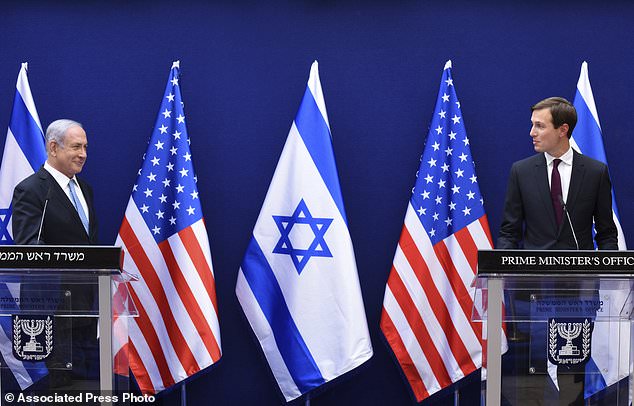 Israeli Prime Minister Benjamin Netanyahu (left) and Kushner (right) made joint statements to the press about the Israeli-United Arab Emirates peace accords, in Jerusalem on Sunday

‘We must seize that optimism and we must continue to push to make this region achieve the potential that it truly has,’ said Kushner, Trump’s chief Mideast adviser.

Israel and the UAE have moved quickly to cement their ties over the past two weeks. Almost immediately, they opened direct phone lines, and Cabinet ministers have held friendly phone conversations.

On Saturday, the UAE formally ended its commercial boycott of Israel, although the two countries have quietly conducted business for years. Monday’s flight of an El Al plane from Tel Aviv to Abu Dhabi will be the first known flight of an Israeli commercial airliner from Israel to the Emirates. The two Mideast countries are expected to sign a formal agreement at the White House in the coming weeks.

But so far, predictions by Israeli and American officials, including Kushner, that other Arab countries would follow the UAE have not yet materialized.

The flurry of U.S. diplomatic activity comes as the Trump administration presses ahead with ambitious plans to promote Arab-Israeli rapprochement even in the absence of a settlement to the Israeli-Palestinian conflict, which had long been seen as a prerequisite for Israel to reach peace deals with all of its Arab neighbors.

The UAE deal gave the Trump administration a welcome foreign-policy victory ahead of November’s presidential election. Facing a tough reelection battle, the White House is eager to build on that momentum.

Gulf Arab countries, which like Israel share deep animosity toward Iran, have shown an increasing willingness to make back-channel ties with Israel public. 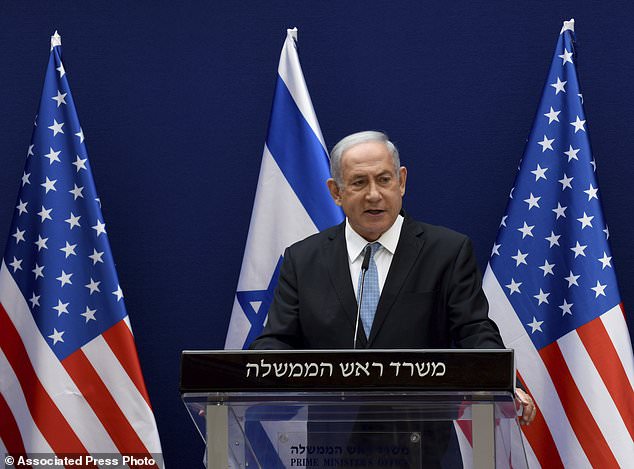 ‘You will see how the sparks fly,’ he said.

Trump unveiled a Mideast plan in January that has been rejected by the Palestinians, who say it unfairly favors Israel.

The Palestinians seek the West Bank, east Jerusalem and the Gaza Strip – areas captured by Israel in the 1967 Mideast war – for an independent state. The Trump plan offers them limited autonomy in 70% of the West Bank, leaving Israel in overall control of the territory, and a symbolic presence on the outskirts of Jerusalem, while handing Israel control of the city’s sensitive holy sites.

Netanyahu said the deal with the UAE proves the Palestinians no longer have a ‘veto’ over regional peace. The Palestinians have accused the UAE of treason.

END_OF_DOCUMENT_TOKEN_TO_BE_REPLACED

END_OF_DOCUMENT_TOKEN_TO_BE_REPLACED
Recent Posts
We and our partners use cookies on this site to improve our service, perform analytics, personalize advertising, measure advertising performance, and remember website preferences.Ok