The coroner of a Louisiana parish is claiming that a 39-year-old woman died from a THC overdose in February.

Dr. Christy Montegut, who has served as St. John the Baptist’s coroner for more than 30 years, announced the supposed THC-related death in toxicology report released late last month, Fox 8 reported. The parish is about 30 miles west of New Orleans. 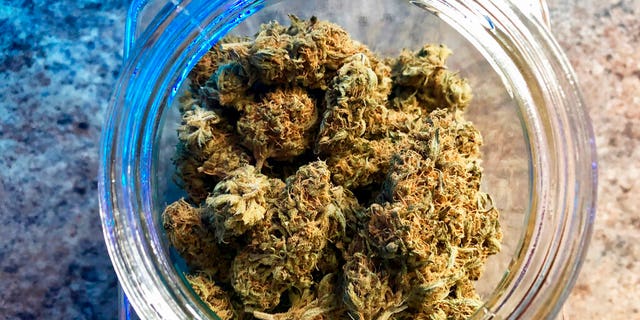 FILE: A jar of medical marijuana sits on the counter at Western Oregon Dispensary in Sherwood, Ore.
(AP)

“I’m thinking that this lady must have vaped this THC oil and got a high level in her system and (it) made her stop breathing, like a respiratory failure,” Montegut told The Advocate.

If true, Montegut’s claims would be the first in the U.S. But many experts remain doubtful given that no deaths – attributed solely to THC – have ever been reported despite billions of cannabis products consumed each year.

“We know from really good survey data that Americans use cannabis products billions of times a year, collectively,” said Keith Humphreys, a former adviser at the White House of National Drug Control Policy. “So, that means that if the risk of death was one in a million, we would have a couple thousand cannabis overdose deaths a year.”

According to the National Institute on Drug Abuse, there are no reports of teens or adults dying solely from THC — the main ingredient found in cannabis.