Maggot therapy on the NHS has surged by almost 50 per cent as the treatment becomes a key tool in the fight against antibiotic resistance. 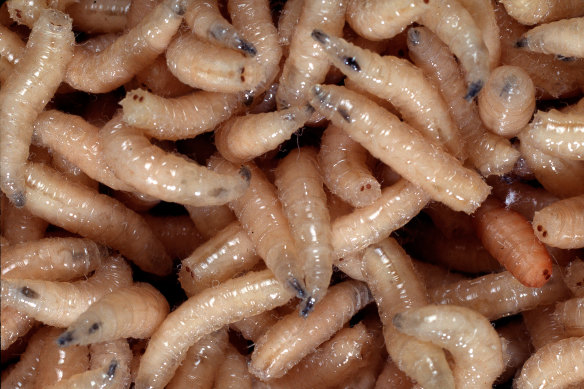 Modern use of medical maggots dates back to the World War I, when a surgeon discovered soldiers’ wounds healed faster when they were “colonised” by maggots.

But use of the treatment dwindled in the 1940s with the rise of antibiotics.

However, the rise of antibiotic resistance making wounds harder to treat has forced medics to return to the traditional method.

Research has shown that maggot therapy is effective in treating hard-to-heal skin wounds, while other studies have shown it is a cost-effective method.

Maggot therapy was accepted for use by the NHS in 2004. BioMonde, in Bridgend, south Wales, which rears thousands of greenbottle blowflies every year, sells 9000 teabag-style “biobags” full of larvae to the NHS every year.

To treat wounds that will not heal with antibiotics, or as a “last resort” in a patient’s treatment, the “tea bag” of larvae, which is no bigger than 1mm, is placed on top of the open tissue, covered with a dressing and left for up to four days.

The maggots feed on the dead tissue and secrete antimicrobial molecules that disinfect the wound.

Yamni Nigam, professor of healthcare science at Swansea University, told BBC Radio 4’s Today programme: “Then they drink all that slurry and soup back up, through the bag, and then you remove the bag full of all the process of the wound.”

A survey of nurses’ attitudes towards the treatment, carried out by Professor Nigam, found specialist wound staff are highly in favour of the therapy after seeing its benefits and effectiveness.

“Whereas non-specialist wound nurses, and general staff nurses, don’t really want to use maggots,” she said.

“Certainly everybody, I think, has a natural aversion to creepy-crawlies and most people tend to have an inherent disgust as far as maggots are concerned,” she added.