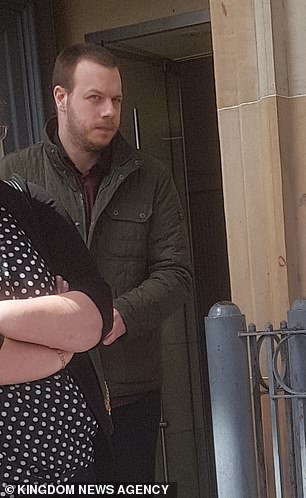 Thomas Dunn, 25, was looking after the child to give her teenage mother a break

A man who put a toddler in a tumble dryer has been found guilty of the ‘monstrous’ assault of the 13-month-old girl.

Thomas Dunn, 25, was looking after the child to give her teenage mother a break when he inflicted serious injuries on her at his flat in Arbroath, Angus, on January 8 last year.

When she later appeared unresponsive he took her to hospital where doctors discovered fractures to her skull, bruises and a bite mark on her arm.

Following a five-day trial at Dundee Sheriff Court, a jury found Dunn guilty of endangering the child’s life by repeatedly striking her on the head and body and striking her against an unknown object or objects.

He was also found guilty of culpable and reckless conduct over an earlier incident that saw him place the girl in a tumble dryer at his home, in the presence of the child’s mother.

Giving evidence during the trial, she said she heard a ‘thud’ and turned around to see her in the machine with the door closed.

Referring to the later assault, Sheriff Alastair Brown told Dunn he ‘must have hit that little girl extremely hard at least twice’ in order to inflict what were potentially life-threatening injuries.

He said it was ‘only by her good fortune and perhaps yours’ that Dunn was not tried at the High Court of Justiciary on a charge of murder.

The sheriff said he did not feel his sentencing powers were adequate to punish the ‘monstrous’ assault and the tumble dryer charge, and the case would be referred to the High Court. 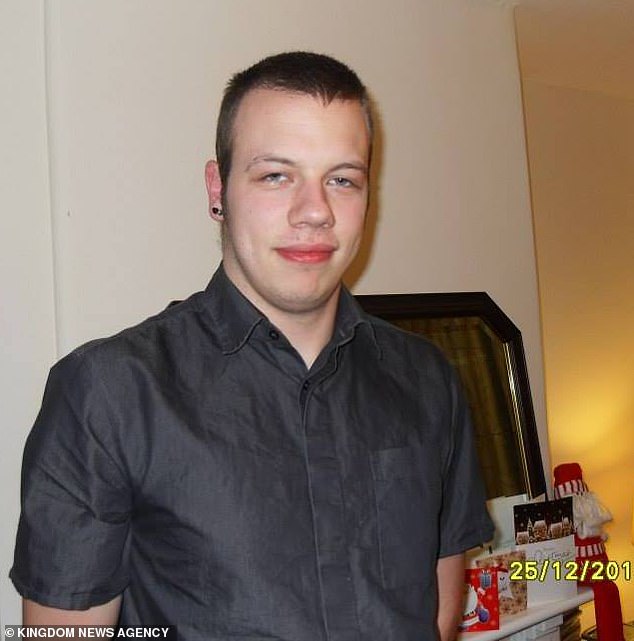 Following a five-day trial at Dundee Sheriff Court, a jury found Dunn guilty of endangering the child’s life by repeatedly striking her on the head and body and striking her against an unknown object or objects

Earlier, the Crown dropped two further charges of assault, one on the girl and another on a young boy.

The toddler’s mother, who cannot be identified for legal reasons, told how she had let her then-friend Dunn look after her child on three occasions as she was struggling to cope.

‘I felt like he was a support at that time,’ she said.

On the day of the assault she left her child with him while she visited a friend and later received contact saying the girl had bumped into her buggy and had a bleeding nose.

He messaged her: ‘I’m just raging as I thought she was chilling watching Paw Patrol then I heard the thud.’ 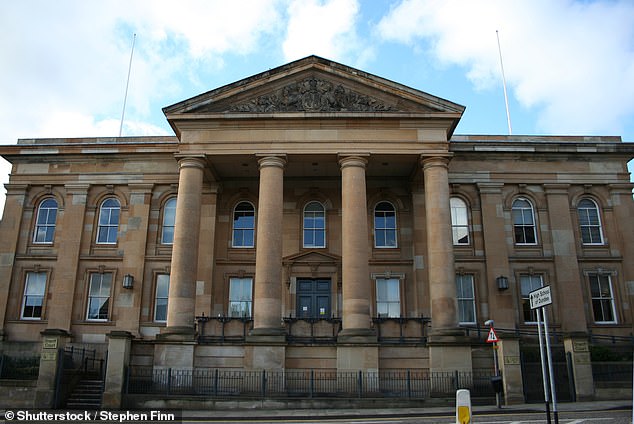 Prosecutors at Dundee Sheriff’s Court allege Thomas Dunn, 25, endangered the toddler’s life by putting her in the machine at his flat in Arbroath, Angus, in December 2017

Dunn later made contact saying he was taking her to the minor injuries unit as she had not seemed well after her nap, ‘flopping to one side’, and he said he noticed a small lump on her head.

An ambulance was called and an examination at Ninewells Hospital revealed two fractures to her skull.

Dunn, from Hamilton, South Lanarkshire, had denied hitting the youngster.

His defence advocate Niall McCluskey described the tumble dryer incident as a ‘stupid piece of tomfoolery’, while saying he did not seek to diminish the

Sheriff Brown said: ‘The jury have found you guilty of behaving towards (the child) with utter indifference to her safety and I interpret their verdict as meaning that … you assisted her into the tumble dryer and closed the

door on her, when what you ought to have been doing, as any responsible adult, was stopping her from going in, in the first place.’