Man is killed in 'fight' at Felixstowe lorry park

Four men have been arrested following the death of a man at a lorry park in Felixstowe.

Police were contacted by the ambulance service at 1.50am this morning, Sunday 17 October, reporting they had been called to attend a man in need of urgent medical attention at the Hodgkinson Road lorry park.

Despite the best efforts of medical personnel, the man was pronounced deceased at the scene a short time later.

The cause of death is currently unexplained, but it is being treated as suspicious and four men have been arrested in connection with the incident.

They were all taken to Martlesham Police Investigation, in Ipswich, where they remain for questioning. 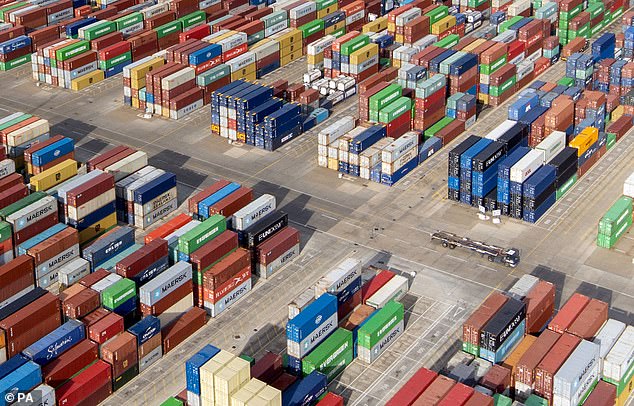 Police were contacted by the ambulance service at 1.50am this morning, Sunday 17 October, reporting they had been called to attend a man in need of urgent medical attention at the Hodgkinson Road lorry park (pictured).

Following initial police enquiries, officers understand that the deceased had been involved in an altercation at the lorry park prior to his death.

Detectives are appealing for anyone who was in the vicinity of the lorry park and Dock Gate Two, between midnight and 3am this morning and saw anything suspicious to make contact.

Any motorists who were driving in the area between the times stated above with a dashcam fitted in their vehicle, are asked to review their footage and inform police of anything that may be of significance – including any pedestrians captured in the vicinity of Dock Gate Two.

Anyone with information is asked to contact South CID at Landmark House in Ipswich, quoting reference: 58036/21.