This is the unbelievable moment when a man wearing a leopard print dressing gown was filmed leaving his local Aldi carrying two cases of Corona.

The man, who has not been identified, was filmed by someone in a car parked across from the budget supermarket in a Dublin suburb.

The shopper seemed entirely relaxed during his trip to the supermarket attired in a manner more suitable for a 1970s situation comedy. 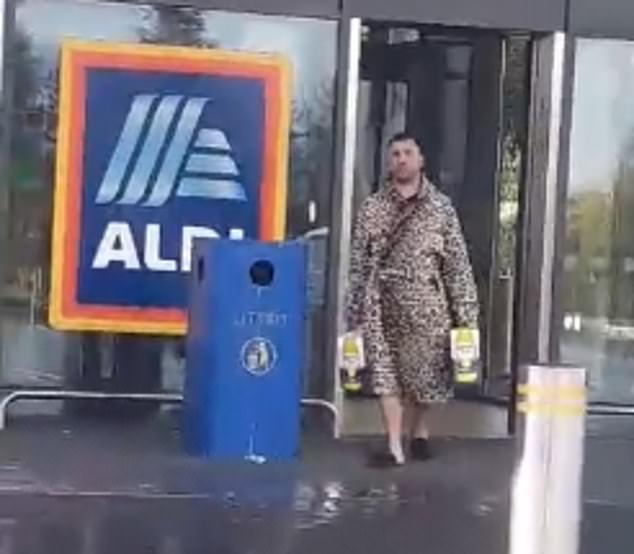 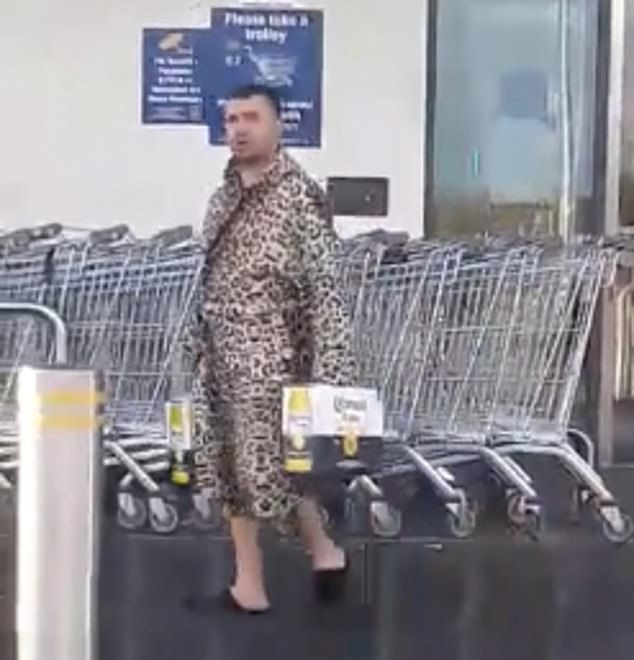 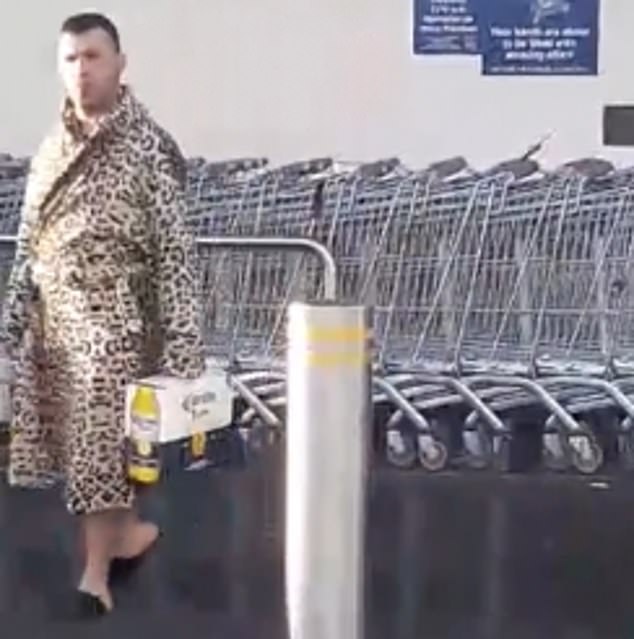 The man, who was not wearing any socks, strolled away from the store with his beer