Man who strangled his neighbour with tie is convicted of murder

Tesco worker, 48, who strangled his neighbour with tie and dumped body in river before bragging to friends about ‘getting away with murder’ is convicted of the killing 13 years later

A former Tesco worker has been found guilty of murder 13 years after strangling his neighbour with a tie and dumping his body in a river.

David Roustoby, 48, has been convicted of killing John David Clarke, 43, in April 2007 after a confession video emerged.

Mr Clarke was found face down in the River Foss in Towthorpe, York, by a retired doctor walking his dog on April 18, 2007.

It was after a video of Roustoby bragging about plying Mr Clarke, who lived in the flat above him, with drink before drugging him with tablets and strangling him with a tie emerged. 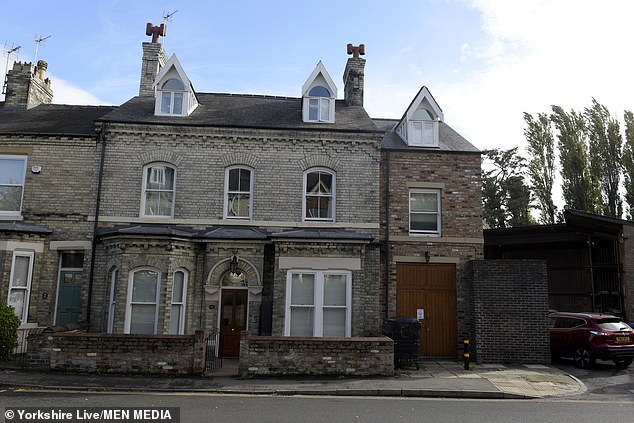 David Roustoby, 48, has been convicted of killing John David Clarke, 43, in April 2007 after a confession video emerged. Mr Clarke lived in the flat above Roustoby

During a recorded conversation with Colin and Kirsty Easthope, Roustoby told them he killed Mr Clarke because ‘he was a nonce’, a statement which was rebutted by the prosecution.

The confession video was recorded in August 2019 and showed Roustoby was proud of ‘getting away with murder’.

He claimed to have called for help in disposing of Mr Clarke’s body after ‘strangling him to death with a tie’.

When Mr Easthope asked: ‘Doesn’t this class you as a murderer?’, Roustoby laughed and said: ‘Yeah.’

The former Tesco employee denied murder but was unanimously found guilty by a jury of six women and six men at York Crown Court, sitting on October 15 in Leeds.

Roustoby, of Rawcliffe Lane, York, could be seen holding his head in his hands after the verdict was delivered following a seven-day trial and shouted ‘I am sorry’ before being taken out of court. 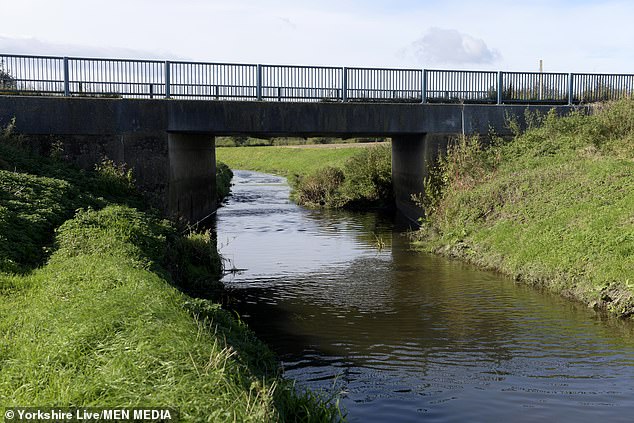 Mr Clarke was found face down in the River Foss in Towthorpe, York, by a retired doctor walking his dog on April 18, 2007

It was not clear who the apology was directed to.

Mr Clarke, who generally went by his middle name, lived on Huntington Road, York, in the flat above Roustoby.

Mr Clarke had made a complaint in November 2006, according to police reports, saying Roustoby had allegedly discharged a firearm and threatened to kill him. Roustoby was arrested but never charged.

In a police statement from 2006, which was read out in court, Mr Clarke said: ‘I was shocked and alarmed by the incident but I don’t think David meant any harm.’

Richard Wright QC, prosecuting, said: ‘Claiming David Clarke was a sex offender was a wicked self-justification of the terrible thing he [Roustoby] had done.

‘David Clarke had no convictions of sex offences and no allegations of any type had been made.’ 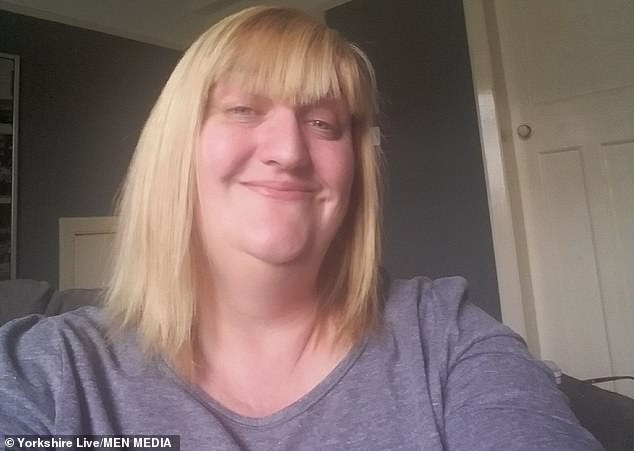 An inquest into Mr Clarke’s death ruled that he died by drowning contributed to by alcohol intoxication, although an open verdict was recorded.

Mr Wright added it was possible Roustoby had not ‘entirely killed’ Mr Clarke when he strangled him and that the victim was still breathing when he was thrown in the river.

She admitted using her red Ford Fiesta to help him move Mr Clarke’s lifeless body to the river before reporting the car as stolen.

The car was found just a few miles from her home where it had been deliberately set on fire.

Sharron and David Roustoby will both be sentenced on Monday October 19.

END_OF_DOCUMENT_TOKEN_TO_BE_REPLACED

END_OF_DOCUMENT_TOKEN_TO_BE_REPLACED
Recent Posts
We and our partners use cookies on this site to improve our service, perform analytics, personalize advertising, measure advertising performance, and remember website preferences.Ok