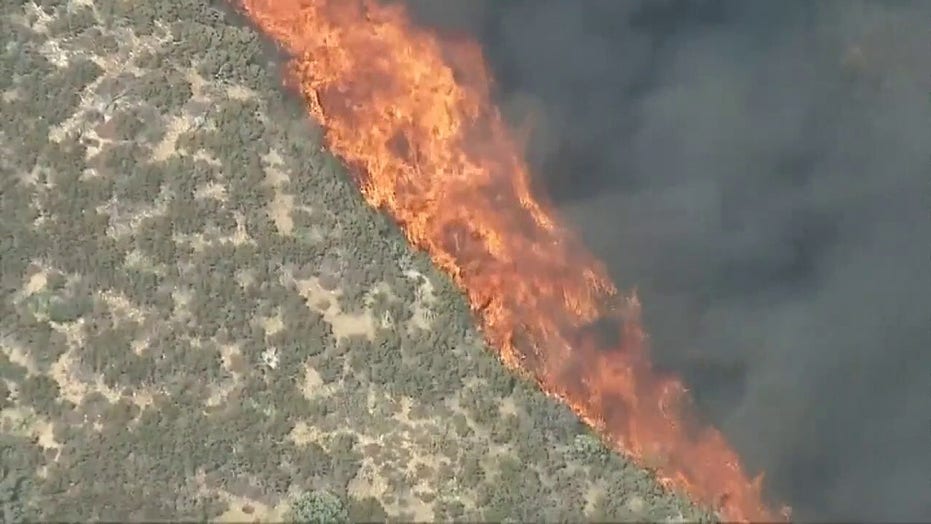 Aerial footage of the Lake Fire.

A California brush fire tore across thousands of acres in Lake Hughes Wednesday and was still burning into the evening, continuing to rapidly spread with zero containment.

Photos of the fire show smoke rising into the sky as flames crawl up a mountainside.

The blaze broke out around 3:30 p.m. Pacific Time in the foothills of the mountainside community about 65 miles north of Los Angeles. It is near North Lake Hughes and Pine Canyon roads in the Angeles National Forest Fox LA reported. 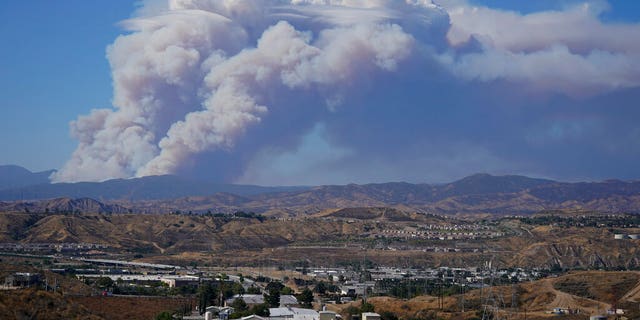 The Lake Fire sends a plume of smoke over the Angeles National Forest Wednesday, Aug. 12, 2020, in a view from Santa Clarita, Calif. (AP Photo/Marcio Jose Sanchez)

County firefighters were assisting local crews in the battle against the flames, which engulfed 400 acres within an hour according to authorities. By 5:30 p.m. it had scorched 6,000 acres, Fox LA reported. By then, Los Angeles County sheriff’s deputies began evacuating local residents.

It had grown to 10,000 acres as of 6:30, according to authorities, threatening several structures. The forest itself covers about 700,000 acres.

In response, the Los Angeles County Fire Department said incident commanders had requested to double the number of "strike teams" responding to the fire to 20.

Authorities said they closed Lake Hughes Road from Castaic to Pine Canyon as a result of the fire.

Helicopters were spotted dropping water on the fire, according to ABC 7.

The official Twitter account for the Angeles National Forest shared an image taken street level outside the town that showed thick clouds of smoke billowing well above the mountaintops.

The National Forest previously had issued campfire restrictions, and the California Department of Forestry and Fire Prevention launched a public awareness campaign aimed at reducing the risk of human-caused fires. Cooking stoves, lanterns and other gas- and propane-powered devices are currently prohibited. 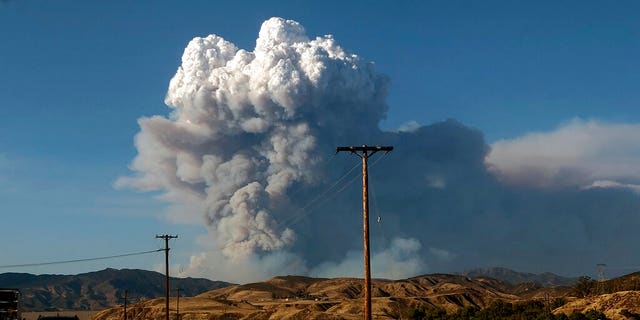 Forecasters warned Tuesday that hot, dry conditions could create a threat of new wildfires breaking out across the West. Excessive heat warnings were also in effect for Southern California and the Southwest, according to the National Weather Service.

In Colorado, the Grizzly Creek Fire forced authorities to close Interstate 70 in the Rocky Mountains in both directions Tuesday. By Wednesday afternoon, it had spread to more than 3,700 acres, according to the U.S. Forest Service.

END_OF_DOCUMENT_TOKEN_TO_BE_REPLACED

END_OF_DOCUMENT_TOKEN_TO_BE_REPLACED
Recent Posts
We and our partners use cookies on this site to improve our service, perform analytics, personalize advertising, measure advertising performance, and remember website preferences.Ok