Mel Gibson has sparked outrage on social media after he was seen saluting Donald Trump at a UFC match.

The actor and director, 65, held his hand to his forehead as the former US president walked by.

Trump walked by surrounded by bodyguards as he waved to the crowd Saturday’s MMA fight between Dustin Poirier and Conor McGregor.

Some Twitter users said they were not surprised that Gibson supported the Republican, while others called him a ‘true patriot’.

Gibson, who doesn’t speak publicly about his political views, appeared to be a few feet away from Trump.

Many social media users were not surprised by the news of Gibson ‘supporting’ Trump.

Gibson became a controversial character after a series of antisemitic comments throughout his career.

He was criticised after the release of his movie The Passion Of The Christ in 2004, which was controversial for its gory violence and alleged antisemitism.

In 2010, Winona Ryder alleged that Gibson referred to her as an ‘oven dodger’, in reference to her Jewish background. Gibon’s representative said the allegations were ‘100% untrue’.

One said: ‘The Mel Gibson news is the least shocking thing ever, but also… who cares? One loser saluting another. Big whoop.’

Meanwhile, another commented: ‘I think Mel Gibson saluting Trump is going to make me fall over and die from being NOT SURPRISED.’

A third wrote: ‘Mel Gibson is a Trump supporter? Next thing you’re going to tell me is that water is wet.’

Reacting to the video, one Twitter user said: ‘Why are people surprised Mel Gibson is a Trump supporter. They are literally cut from the same cloth. They both as a person are awful. Both do great work in their respectful fields.’

Another wrote: ‘Mel Gibson “cancelled”? The guy is a cockroach, has spewed the worst kind of anti Semitic hate speech and racist bullshit it just doesn’t stick. But apparently this is the breaking point for some people? Like now? Saluting some dude is like number 5000 on reasons to hate him.’

A third commented: ‘How many times does Mel Gibson have to be outed as a piece of s*** before people acknowledge that he’s a piece of s***? He was on tape using the n-word, threatening a woman, & spewing antisemitism, & he still has a career?’

Someone else added: ‘Mel Gibson is a Holocaust denying lunatic who made a couple decent movies, and also made one of the most antisemitic films to ever be released in America. Of course he’s a Trump supporter, didn’t we already know this?’

Fans of the actor called him a patriot, with one Twitter user saying: ‘A true Patriot! Not afraid like the other Hollwood spineless!’ while another added: ‘Mel Gibson, always the Patriot’.

A third said: ‘Mel Gibson is a Patriot who literally played The Patriot. Wokesters hate him because the only thing they salute is their tall latte they stapled a dress on and put their d*** in.’

Gibson said that he doesn’t talk about his political views, because he doesn’t want to ruin the ‘sense of anonymity’ that comes from keeping them private, Film News reported.

The actor made a conscious decision not to talk about his beliefs because he is ‘not an expert’ and said it allows you to ‘be anything’ in your performance because of the ‘sense of anonymity’, adding that ‘you’re not already carrying a lot of baggage’. 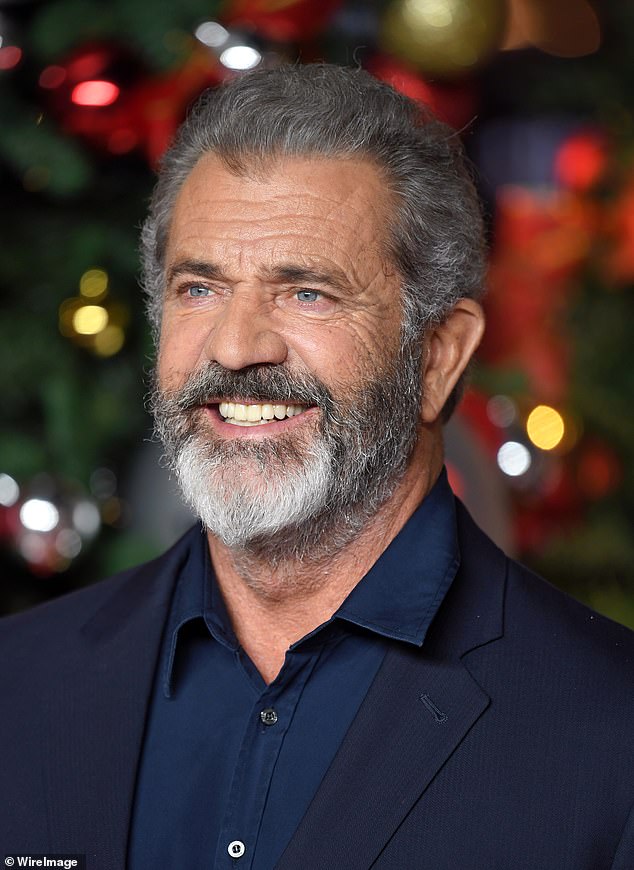 Gibson became a controversial character after a series of antisemitic comments throughout his career. He was criticised after the release of his movie The Passion Of The Christ in 2004, which was controversial for its gory violence and alleged antisemitism