This comes after parts of Wales were underwater today, when rain-swollen rivers burst their banks.

The new amber alert by the Met Office covers a large area of Scotland, including Edinburgh, Midlothian, East Lothian and the Scottish Borders, and is active from midnight on Thursday until 3pm.

Houses could become flooded, according to the Scottish Environment Protection Agency.

Flood duty manager Marc Becker said: “The rainfall is expected to be heaviest over high ground in East Lothian and eastern areas of the Scottish Borders. 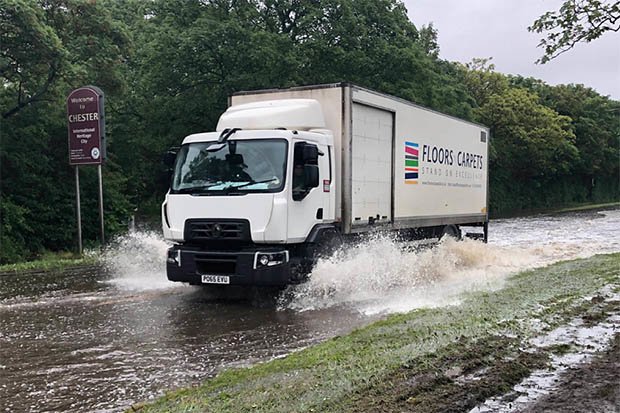 “We will see an upward trend in temperature, reaching into the low-mid 20s.

“There will still be a risk of showers in Scotland, Northern Ireland and the north and northwest of England, but the south and southeast will be drier and much more settled.

“There’s always a risk of thundery plumes at this time of year, but there’s no strong indication we’ll see anything like that at this stage.

“Into July there will be a continuation of the increasingly settled weather and above average temperatures, although there will remain a split between the north west and south east.”