Detectives investigating the brutal murder of a teenager who was knifed to death by a gang of men have released a new image as they continue to appeal for witnesses.

Michael Jonas, 17, was chased through Betts Park in southeast London and stabbed by up to six men in a disturbing attack in the capital five years ago.

The teenager was ‘left to die alone’ before finally being discovered hours later on Thursday November 2, 2017. Despite the efforts of paramedics, he would die at the scene.

The Metropolitan Police have now released a new CCTV image from the night in question, appearing to show a man with a backpack on they would like to speak to in connection with their enquiries.

Michael’s murder case remains open after charges were previously dropped in January 2018 owing to a lack of evidence.

The teenager’s parents have also made a fresh appeal for information with his killers still walking free.

His father, Michael Jonas Sr, issued a heartbreaking public appeal: ‘We have lost our son.

‘Michael’s murder – which happened for no apparent reason – left us shattered and it shook the community of Penge. He did not deserve this’. 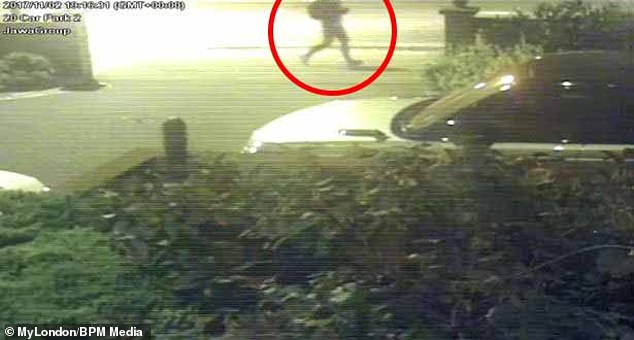 The Metropolitan Police have now released a new CCTV image from the night Michael Jonas, 17, was chased through Betts Park in southeast London and fatally stabbed by up to six men 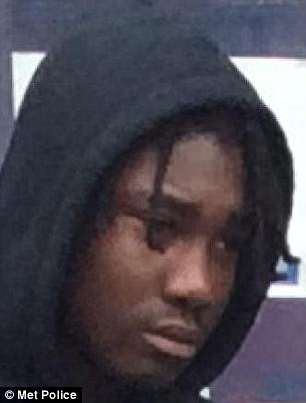 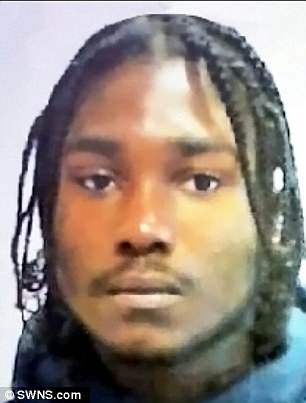 The teenager (pictured left and right) was ‘left to die alone’ before finally being discovered seven hours later in the early hours of Thursday, 2 November 2017

Michael’s father continued: ‘We think about Michael every single day and we will not stop until we get justice for him.

‘His killers are still out there and we need your help to find them. We are asking – pleading – with you to come forward if you know anything that could help police catch these violent people.

‘For as long as they are still roaming the streets, they are a danger to others. Next time, it could be your family member or friend. How would you feel? We must not allow this to happen again.

‘I understand it can be difficult for some members of the community to talk to police. I would ask them to please, please put any differences aside and work with police to get people like these off the streets and out of our community.

‘Please pass on any crucial information to police. You can even do it anonymously through Crimestoppers.

‘You will never be seen to be a “snitch” – please, please give us a helping hand so we can get justice for Michael. Nothing will ever heal the pain of losing him, but knowing his killers are off the streets will bring us some closure.’

The new CCTV image released by officers show a man wearing a backpack heading away from the park close to the time of the murder.

Officers are keen to identify him and stress they are treating him as a witness at this stage.

After more than four years working on Michael’s case, the Metropolitan Police also renewed their appeals for witnesses or anyone with information about the murder to come forward.

Detective Chief Inspector Nigel Penney said: ‘Michael was a much loved young man with his whole life ahead of him before he was cruelly taken in such a violent way.

‘His family and friends miss him every day and we are determined to bring them some sort of closure by catching those responsible for his death.

‘Our investigation continues, and we are keen to speak to witnesses or anyone with any information that could lead us to Michael’s killers.

‘In particular, we are keen to identify the man in this CCTV image seen jogging away from the park at the time of the murder.

‘We believe this person could be a key witness to the attack and would urge them to contact us. We would also like to speak to anyone else in the park at that time. At this time in the evening, I am confident plenty of people would’ve been around. Were you there?

‘Did you see or hear anything? Any information, no matter how small or insignificant you may feel it is, could be a missing part of the puzzle and we would really like to hear from you. You can do this via 101 or anonymously via Crimestoppers. Please be assured that the information you give us will be treated with the utmost confidence.

‘It’s been more than four years since Michael was murdered. His family are still heartbroken. If you know something, please do the right thing and get in touch.’

At an inquest a pathologist described how Michael died due to haemorrhaging caused by the stab wounds.

One wound pierced his upper right chest and struck his aorta, the main artery leaving the heart, while the other went through his left shoulder and hit the main artery taking blood to his arm.

Michael also had cuts to the back of his left hand and arm, mostly likely sustained in the struggle.

Detective Sergeant Sarah Fisher, who gave evidence in person at the inquest, said police believed the attack ‘was a short event’.