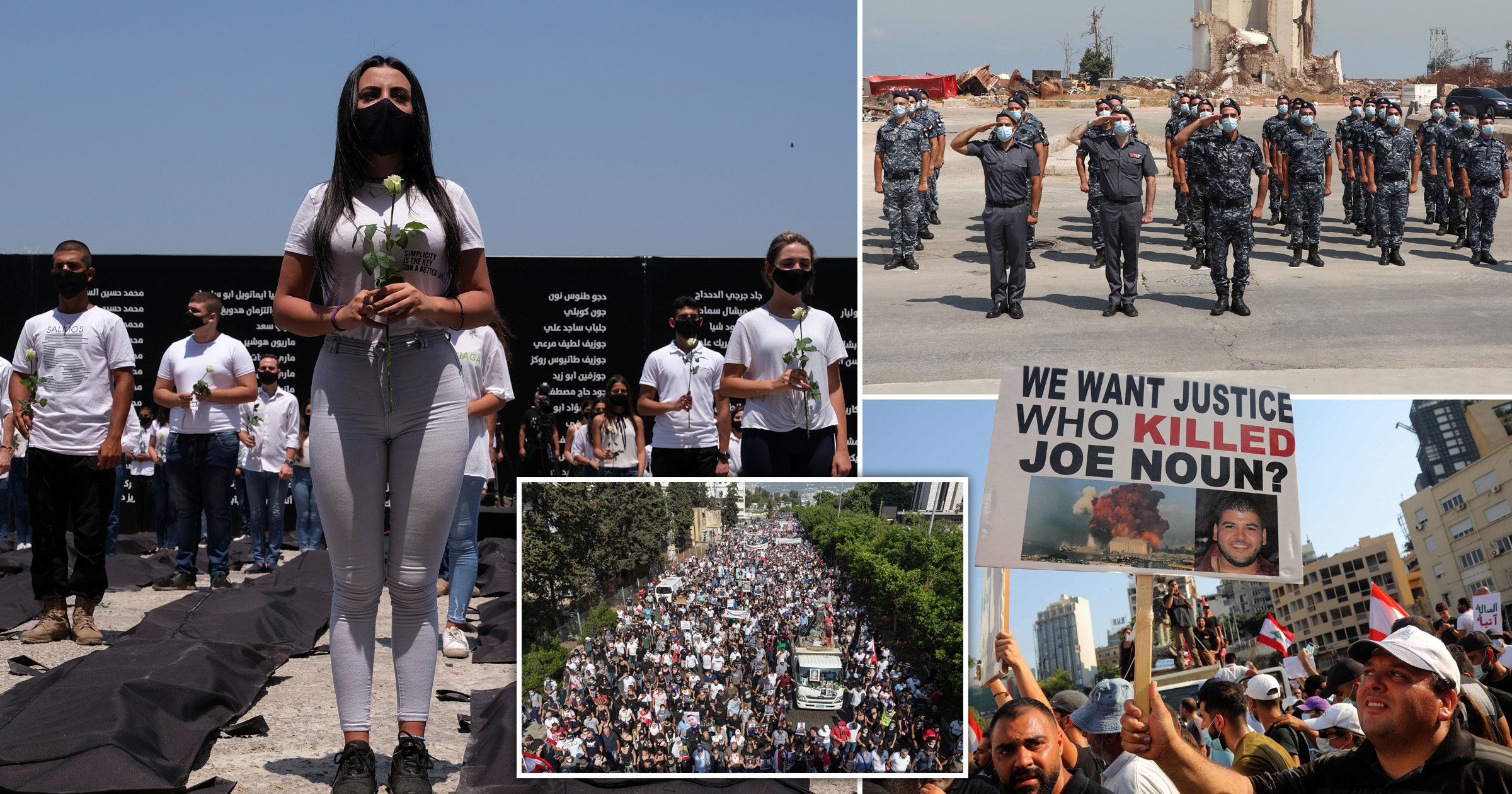 On this day last year, one of the biggest-ever non-nuclear explosions in history killed at least 214 people, injured thousands and decimated a city.

It was later revealed that up to 2,750 tonnes of ammonium nitrate had been dangerously stored next to flammable material in a warehouse at the port of Beirut.

So when a fire broke out, the ammonium nitrate ignited and the people of Lebanon suffered horrific loss and heartbreak.

Today – exactly one year on – was classified as a day of mourning and banks, businesses and offices were closed. Even medical labs and coronavirus vaccination sites were shut for the day.

Moving footage shows people gathered at the port, with many wearing face masks, observing a minute of silence.

Dozens of people held photographs of loved ones they had lost and some could be seen wiping tears away.

But it is not just the mourning of mass death that Lebanon is struggling through today.

The country is angry that ammonium nitrate was stored so haphazardly in the first place and many are furious at how little progress investigations have made. 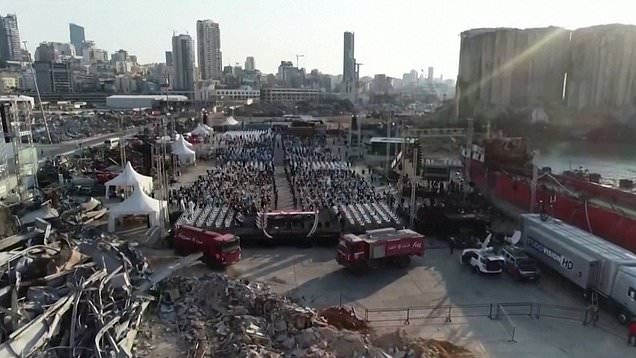 One vandalised wall at the port reads: ‘My government did this,’ while one poster addressed Lebanon’s ruling classes, saying: ‘Here starts your end and our beginning.’

One protestor Sara Jaafar, an architect whose house opposite the port was totally destroyed, said: ‘This is too big of a crime for it to be swept under the carpet.

‘It’s important for foreign countries to know we are against this murderous ruling class.’

Ibrahim Hoteit, who lost his brother in the blast and is now a spokesperson for the families fighting for accountability, said: ‘This is a day of pain and grief. It is the day we lost our loved ones and relatives and children.

‘We hope all those coming down (to the streets) in solidarity with us to respect our pain.’

Human Rights Watch has been looking into the blast and yesterday called for an international probe into the tragedy.

It said a domestic investigation was not garnering any results for several reasons, including a lack of judicial independence.

‘The Lebanese state cannot and will not investigate itself,’ local Shadi Haddid told The Guardian.

Pierre Gemayel, a man whose brother was killed in his own home during the explosion, said: ‘Since the 1960s we have not seen an official behind bars.’

The Lebanese government has been accused of standing in the way of any real efforts to find who was responsible for the disaster, but President Michel Aoun has insisted his officials will not be protected if they are found guilty.

Although the blast would have been devastating in any context, it happened while Lebanon was struggling through one of the worst economic crises in 150 years.

The country’s currency had crashed and more than 50% of its people were plunged below the poverty line.

After the explosion, citizens had to start navigating loss on top of such economic instability.

Sympathising with the people of Lebanon, Pope Francis told the Vatican: ‘A year after the terrible explosion in the port of Beirut, Lebanon’s capital, that caused death and destruction, my thoughts go to that dear country, above all to the victims, to their families, to the many injured and all those who lost home and work.’