Monolith in Democratic Republic of Congo destroyed with sticks and fire

The latest metal monolith has been set on fire after it appeared in the Democratic Republic of Congo.

The 12ft (3.66m) metallic pillar first appeared in the DRC’s capital, Kinshasa, on Sunday morning, and by Wednesday morning locals were taking selfies with the installation.

But footage from later that day showed crowds destroying the monolith with sticks and fire. 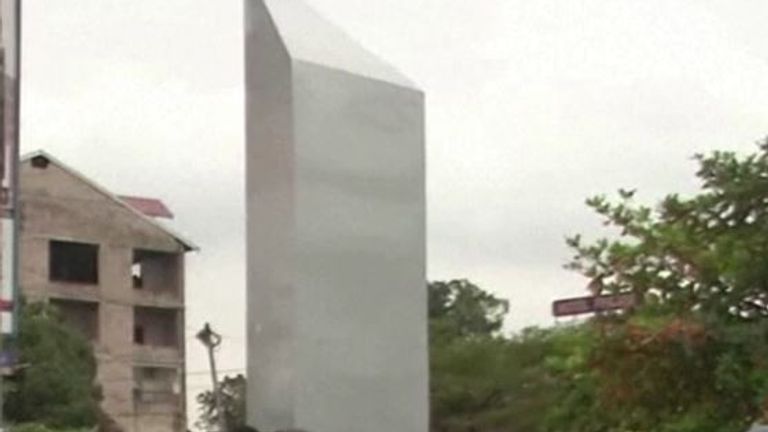 Residents say they saw people digging a hole at the location on Sunday.

“On Sunday morning, I got a call when I was doing some sport to tell me they found something strange. I came and I said: ‘This is cultural, it’s extraordinary,'” said neighbourhood mayor Thierry Gaibene.

The pillars have been seen across the world.

The first was in Utah in the US and was noticed in November. Since then others have appeared in Romania, Turkey and the Isle of Wight.

Conspiracy theories have emerged around the monoliths, including comparisons to Stanley Kubrick’s 1968 film, 2001: A Space Odyssey. 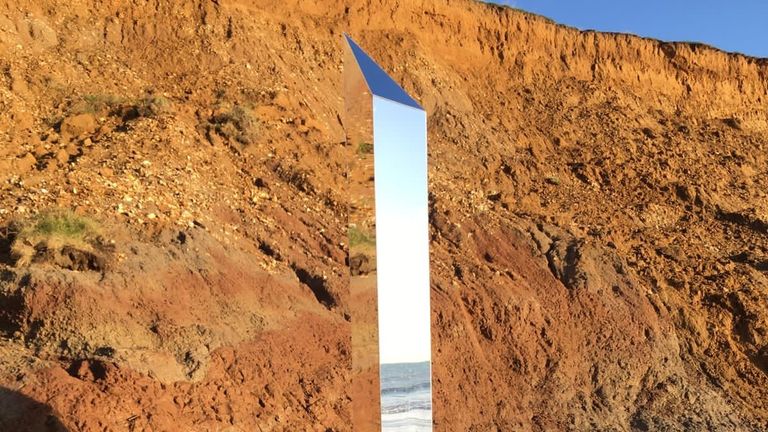 Kinshasa local Serge Ifulu said: “We woke up and saw this metallic triangle.

“We were surprised because it is a triangle that we often see in documentaries about freemasons or illuminati.”

In August last year, a mysterious objected parachuted into dense jungle in the north of the DRC.

Two people were arrested and questioned until Alphabet, the company which owns Google, said the device was an internet balloon.

END_OF_DOCUMENT_TOKEN_TO_BE_REPLACED

Brexit: Expert discusses 'success' for the UK government When you subscribe we will use the information you provide to send you these newsletters.Sometimes they’ll include recommendations for other related newsletters or services we offer.Our Privacy Notice explains more about how we use your data, and your rights.You can unsubscribe at

END_OF_DOCUMENT_TOKEN_TO_BE_REPLACED

UK Covid cases have plunged by 36 per cent in a week, with 6,385 infections in the past 24 hours. There have also been 315 deaths recorded in the last day. This time last week, there were 442 deaths from Covid and a further 9,938 infections, meaning there has been