Leaked documents show more than 1000 Victorians could have been harmed by triple-zero delays, including very ill children and those having heart attacks.

The report from Ambulance Victoria has revealed that in addition to at least 18 deaths now linked with a call-taking crisis at the Emergency Services Telecommunications Authority (ESTA), a much larger number of patients, including 357 in cardiac arrest, could have been hurt as ambulance calls took too long to be answered. 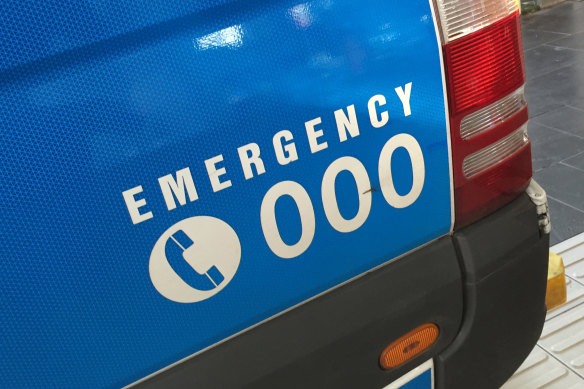 Potentially life-saving care has been delayed during to problems getting through to triple-zero ambulance operators.Credit:The Age

Of the more than 100,000 calls delayed in the recent crisis, 1079 cases were identified with an incident severity rating of two, the second most serious type of clinical incident out of four categories. A senior health source, who was not authorised to speak publicly, said this meant it was highly likely that the patients had suffered significant harm as a result of triple-zero answering delays.

The coroner is now considering whether to conduct a group investigation into a cluster of deaths linked to the emergency call delays. Four cases were initially set to be investigated separately, but a larger number are now under review.

Ninety per cent of ambulance calls to ESTA are meant to be answered within five seconds. However, in September last year, when the agency was hit by a rush of demand as the coronavirus Delta outbreak took hold, there were days in which more than four in five calls weren’t being answered on time.

A long-awaited report into emergency call answer performance by ESTA’s watchdog, the Inspector-General for Emergency Management, was given to Emergency Service Minister Jaclyn Symes about a week ago and is expected to be made public once the government has completed its response.

In the past two months, there have been major improvements in answering times, with fewer than 30 calls delayed by more than a minute in one day in July, compared with more than 1000 on days in January. This follows a multimillion-dollar package for many new ESTA staff announced in March and bolstered in the state budget after revelations of at least a dozen deaths following triple-zero delays.

As recently as May, there were still weeks when more than a quarter of the most urgent ambulance cases were taking more than a minute to get through to ESTA, according to data seen by The Age.

In the most recent deaths associated with the delays, a girlfriend of a 29-year-old man who was found without a pulse in April endured a wait of more than four minutes to connect to an ambulance call taker. The young man died at the scene after paramedics spent almost an hour trying to resuscitate him.

Later the same month, it took almost five minutes for a triple-zero call for a woman in cardiac arrest, who had choked at her home, to be connected to ESTA. The 67-year-old died days later in hospital.

They add to the deaths of another 12 adults and four children who were subject to notable triple-zero delays, some of about 15 minutes. While it may be impossible to say how many would have been alive today if not for the delays, it is clear that the urgent care and potentially life-saving first aid advice was significantly delayed in many critical cases.

A “year in review” document published by the Inspector-General for Emergency Management this month said “the actual consequences of degraded call answer and response times for the community may not be clear for some time”.

“As the COVID-19 pandemic peaked, the level of emergency calls grew in late 2021 to a point where most 000 calls in Victoria were taking an unacceptably long time to be answered, damaging the public’s confidence in the system and placing the community at risk.”

Another document from the watchdog confirmed Ambulance Victoria and ESTA had reviewed cases linking call-answer delays to severe harm of patients.

“Many other patients may have suffered moderate or minor harm from extended call-answer delays due to waiting over 30 minutes for ESTA to answer its triple-zero calls.”

Among the calls that waited at least a minute to get through to ESTA were for more than 1200 patients in cardiac arrest, almost 500 children aged up to 12 needing an ambulance urgently, almost 200 cases of sepsis and thousands more with other time-critical conditions.

The collapse in call taking performance occurred amid a 14 per cent jump in emergency ambulance calls over the financial year, compared with 6.5 per cent the year before, and an ESTA spokeswoman said more than one in five calls still did not need an emergency response.

“We ask people to save triple zero for emergencies and to call their GP, pharmacist or Nurse on Call instead if it’s not an urgent matter”.

The Age asked ESTA and Ambulance Victoria for more information about the proportion of code one ambulance cases impacted by ESTA delays, but they did not provide the information. ESTA pointed to its annual reports as the source of performance data, but the report from the last financial year is yet to be published.

An Ambulance Victoria spokeswoman said “it would be inappropriate to comment on any cases that are under review by either Safer Care Victoria or the Coroner”.

ESTA has increased its call-taking and dispatch workforce by almost 20 per cent since the middle of last year, to 927 staff. Several call takers who work at ESTA or the Telstra call-taking service that directs people’s calls to fire, police or ambulance assistance confirmed that the number of delayed calls for an ambulance in Victoria had significantly decreased.

A review into ESTA by former Victoria Police chief commissioner Graham Ashton, released in May, made 20 recommendations including that the ESTA board be disbanded, and the agency be rebadged “Triple Zero (000) Victoria”. These recommendations have the in-principle support of the Victorian government.

“There’s no doubt the global pandemic has put every health system in the country under enormous pressure – Victoria is no different,” a government spokeswoman said.

“Any delays are unacceptable, and ESTA is working hard recruiting and training even more call takers to join our hardworking emergency team to make sure people calling triple zero have the help they need, when they need it.

“We’re continuing the long-term work to transform our triple zero system in line with our response to the recommendations from the Ashton review.”