Morrison must show he stands with the Afghan people

In 1989, days after events in Tiananmen Square, Prime Minister Bob Hawke stood up to let those affected know he would stand by them.

“We meet here to show our support for the Chinese people,” Hawke declared at a memorial service, “and to reaffirm our commitment to the ideals of democracy and freedom of expression that they have so eloquently espoused.” 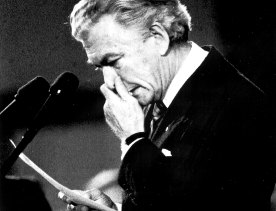 He went on to pledge sanctuary to Chinese students in Australia and over time, that guarantee saw more than 40,000 people granted permanent visas.

An opportunity exists for Prime Minister Scott Morrison to offer that kind of assurance to the people of Afghanistan. The moment is here, just as it was for Hawke, for Morrison to emblematise Australia’s belief in freedom and democracy, when those values are being assailed on the streets of Kabul, as they were in Tiananmen.

Morrison was right when he remarked on news of Afghanistan’s fall to the Taliban that “freedom is always worth fighting for”. No doubt he would agree the fight doesn’t end with the withdrawal of Australian troops. It gets harder and requires just as much courage.

Our allies have shown that conviction by committing to take in great numbers of Afghan refugees. Canada and Britain will together take in 40,000 people. The United States has already taken in more than 15,000, with an additional 18,000 entries pending, and plans for countless more. 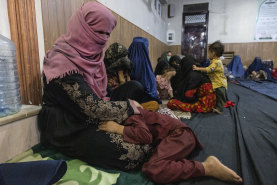 Displaced Afghan women and children shelter in a mosque in Kabul on August 13.Credit:Getty Images

Australia has committed to providing 3000 visas over a year. We can accommodate more. In fact, under COVID-related border closures, Australia’s population growth has more than halved and skills shortages loom in critical areas.

For western Sydney, a region that has flourished by virtue of its diversity, the argument to take in more Afghan refugees is self-evident. We see the results of supporting refugees at every graduation ceremony. We share the hope, joy and pride that parents and their children feel when we hand over a degree testamur. People who have fled terror, overcome adversity and forged new lives know more than most the value of freedom and democracy.

Western Sydney University provides the most generous student refugee scholarship in the country, to reciprocate the commitment our students have made to Australia. Most recently, we provided more than $350,000 in assistance to an Afghan medical student who will graduate with high distinction and work in our community. The scholarship is so large because it compensates for the lack of Commonwealth support for asylum seekers. The Prime Minister could change this with a stroke of a pen. We ask the government to grant Afghan asylum seekers access to Commonwealth-supported university places and income-contingent loans. It will be a nation-defining decision.

Two more of our scholarship recipients, both Afghan asylum-seekers, were released from detention to attend their graduations in social work and teaching. They want to contribute too – if they can be granted the opportunity.

Many of our refugee and asylum-seeker students have studied with us while in detention, or without income support, or while working multiple jobs, volunteering and caring for their communities. All give back tenfold. As graduate doctors and nurses, and in other professions, they make freedom and democracy worth fighting for. Why would we – how could we – ever deny them the chance to do that?

Hawke’s heartfelt commitment to Chinese students came little more than a decade after Liberal prime minister Malcolm Fraser took in waves of Vietnamese refugees fleeing circumstances not dissimilar to those in Afghanistan – people who have proved a great asset to our region and our nation. Those communities are among the most resilient in managing the travails of hard lockdown. They are great assets to our region and our nation, just as the Syrians, Lebanese, Assyrians and so many others who call our shores home are.

Sometimes defining moments of leadership are not devised through long, careful deliberation and consensus. They are about gut feeling. We now know that Hawke made his commitment to Chinese students against strong advice and without typical cabinet or departmental consultation. It remains one of the greatest moments of his prime ministership.

It was from the heart. It was honest. It was compassionate. All things we recognise as signs of true leadership. That moment is with our current Prime Minister. It is there to seize. If any assurance is needed as to what the right call is, then he should look no further than western Sydney.