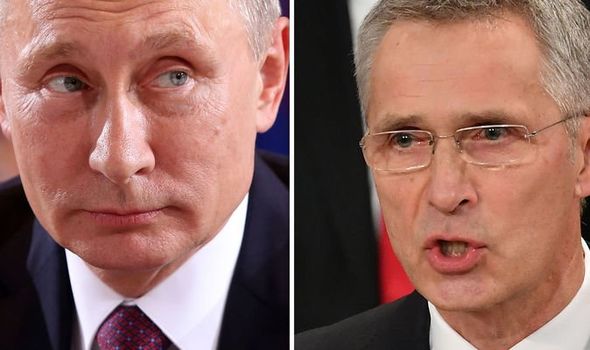 North Macedonia is seen as a key battleground between Russia and the west, and its potential inclusion to the North Atlantic Treaty Organisation (NATO) could cause major friction between the regions. Jens Stoltenberg, NATO secretary general, confirmed the move on Monday. According to Newsweek, Mr Stoltenberg assured the Balkan country that NATO membership would offer “greater security and prosperity for all the people of North Macedonia”.

He was addressing dignitaries and ambassadors from NATO’s 29 member states while in North Macedonia to deliver his speech.

Mr Stoltenberg added: “Continuing the pace of reforms is important, as you prepare for full membership.

“We will continue to support you on this path.”

North Macedonian prime minister Zoran Zaev said he expected the country to become the 30th member by the end of October 2019. 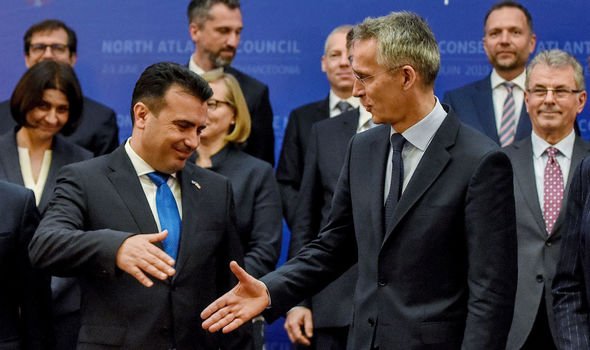 Their inclusion became possible after a 27-year dispute between the country and Greece over its name came to a conclusion.

For nearly three decades, the two nations sparred over who the name Macedonia belongs to.

In 1995, Macedonia, as it was then called, joined NATO shortly after gaining independence from Yugoslavia.

However, full membership was out of reach until issues surrounding the name were resolved. 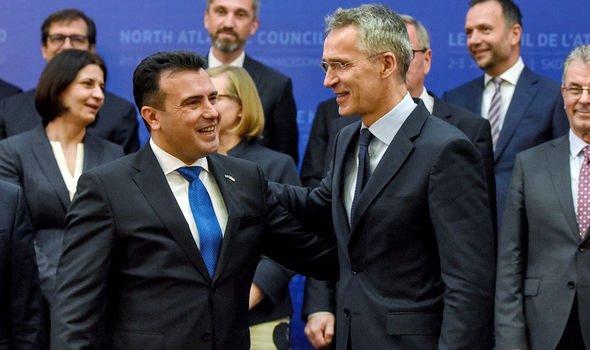 In January, the country’s parliament voted to change its name to North Macedonia.

That move could also see them join the EU.

For years, Russia has been against NATO’s expansion throughout Eastern Europe, claiming it could destabilise the Baltic region.