A motivational speaker and author charged over the death of her seven-month-old daughter in a bath will fight to have her charge of child homicide thrown out.

Fiori Giovanni is accused of an act of criminal negligence in that she left two children unattended in a bath on July 18 last year and her baby daughter drowned. 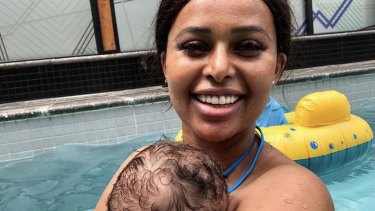 Fiori Giovanni has been charged with child homicide.Credit:Instagram

Ambulance paramedics attended an apartment in Southbank but the baby could not be revived and died.

Ms Giovanni, who was charged about two months after her daughter's death, sat next to defence lawyer Adrian Lewin on Monday as they appeared before Melbourne Magistrates Court seeking a date for a committal hearing, which will determine whether she faces trial.

Mr Lewin said Ms Giovanni's barrister would argue for the charge to be thrown out by the magistrate at the end of the committal hearing.

Ms Giovanni, who turns 36 on Tuesday, did not say anything during Monday's hearing. She is charged with child homicide, an offence similar to manslaughter that only applies to children aged under 6.

Ms Giovanni describes herself as an entrepreneur, motivational speaker, media commentator, human rights activist and author and has appeared on television shows such as Studio 10. 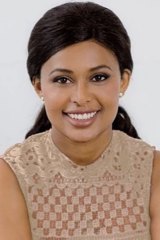 Fiori Giovanni is a motivational speaker, author and media commentator.Credit:Instagram

She built her career sharing her life story in her autobiography, Defy Your Destiny, which details her childhood in war-torn Eritrea and her experiences in an arranged marriage, as a child soldier and a refugee, and how she became a speaker, author and businesswoman in Australia.

"It is with our deepest sorry and soul-wrenching heartbreak that we inform you of the death of our beautiful little angel," she wrote.

"A shining star was sent to us to inspire, change and transform our lives in the short 7½ months we have the pleasure of being with her."

Ms Giovanni's committal hearing is listed for May 10 and 11.

Magistrate Marita Altman extended the accused woman's bail until then.

END_OF_DOCUMENT_TOKEN_TO_BE_REPLACED

END_OF_DOCUMENT_TOKEN_TO_BE_REPLACED
Recent Posts
We and our partners use cookies on this site to improve our service, perform analytics, personalize advertising, measure advertising performance, and remember website preferences.Ok