Multi-millionaire divorce lawyer, 55, is fighting to cut £625,000 payout to her ‘unemployed’ ex-husband because she was ‘the only contributor to the 11-year-marriage’

A multimillionaire divorce lawyer is fighting to get a judge-ordered payout to her ex-husband slashed after an appeal heard how he would ‘wind the wife up’.

But when their 11-year relationship came to an end, she argued ‘she was the only contributor to the marriage.’

Kianoosh Azarmi-Movafagh, 58, who was ‘unemployed, having not worked independently throughout’ was awarded the payout in 2019 after claiming he had been the main carer for their son and needed money to buy a home and set up a business.

The judge who handed him the money said he ‘knew how to wind the wife up, and at times appeared mischievous’.

Ms Bassiri-Dezfouli, who was ‘the financially stronger party’ and owned a £2.3m property portfolio, had insisted her ex didn’t need funds to buy a home of his own.

But Judge Richard Robinson ordered her to pay him £625,000, saying they had been together for 11 years and her ex had ‘an entitlement to have his needs considered.’

‘I rhetorically ask, on a gender neutral basis, what would be the case if the gender roles were reversed?’ the judge added.

Ms Bassiri-Dezfouli, who works on asylum, immigration and human rights cases as well as divorce battles, is now asking the Court of Appeal to slash the amount she must pay her ex by a third. 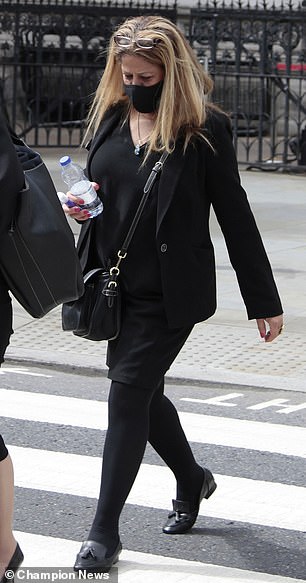 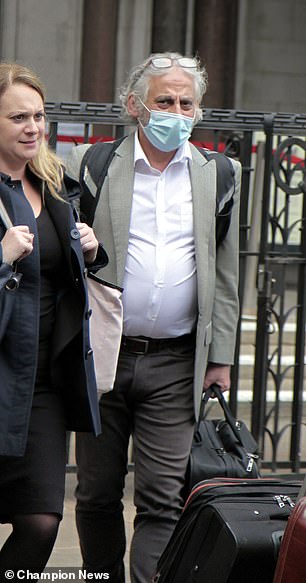 Barrister Sorour Bassiri-Dezfouli, 55, who herself specialises in matrimonial money fights, is appealing against having to hand her former husband Kianoosh Azarmi-Movafagh £625,000

They lived together in upmarket Surbiton, south west London, until separating in December 2017.

Ms Bassiri-Dezfouli works as a barrister at top London chambers 12 Old Square, winning praise for her ‘fine forensic mind’ in matrimonial battles and a reputation that she ‘does not shy away from battle in court if the case requires it.’

She appealed against that ruling and Mr Justice Judd varied the order, telling her she still had to pay up, but could have a £200,000 charge over her ex’s new house, that she could cash in if he died or started living with a new partner. 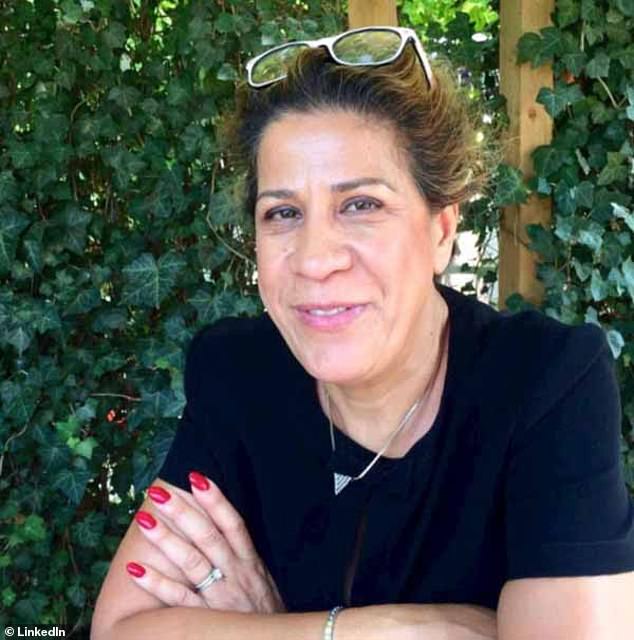 Ms Bassiri-Dezfouli is now asking the Court of Appeal to overturn the order that she pay £200,000 for her ex’s court costs, which would effectively slash what she has to give him by a third.

Sarah Phipps, for the wife, told the court that the ‘effect of the order…is that the wife is obliged to make a long term loan to the husband which may not be recovered until his death, or even in her lifetime, if she predeceases him.

‘She is highly unlikely to recover these funds for many years, possibly not even in her own lifetime.

‘The order contravenes the clean break principle and ties the parties together financially, potentially for the rest of their lives.

‘This outcome was not sought by either party and both parties regard this outcome as unjust, for different reasons.’

Lucy Owens, for the husband, also told the court that he is not happy with the order as it stands and wants it changed.

He wants the charge on his future property removed, she said.

In his original ruling in which he ordered the £625,000 payment, Judge Robinson said: ‘I do think that it is reasonable and realistic for husband to seek a home of his own, and I think that given the length of this marriage and the history of it, it is unrealistic to suggest it should be treated as a short marriage to which he should have out what he put in.

‘These parties have been living together as husband and wife for 11 years. I cannot understand how this can be said not to provide him with an entitlement to have his needs considered, and I rhetorically ask on a gender neutral basis what would be the case if the gender roles were reversed?’

Court of Appeal judges – Lady Justice King, Lord Justice Moylan and Lord Justice Newey – reserved their judgment on the case after a day-long hearing, to be given at a later date.