A FURIOUS gran has slammed DFS for refusing to take back a “dangerous” sofa which left her grandson with a black eye.

Claire Neil, 43, claims that her grandson Archie Burns, 2, has injured himself twice on her settee because of the “less padded” areas. 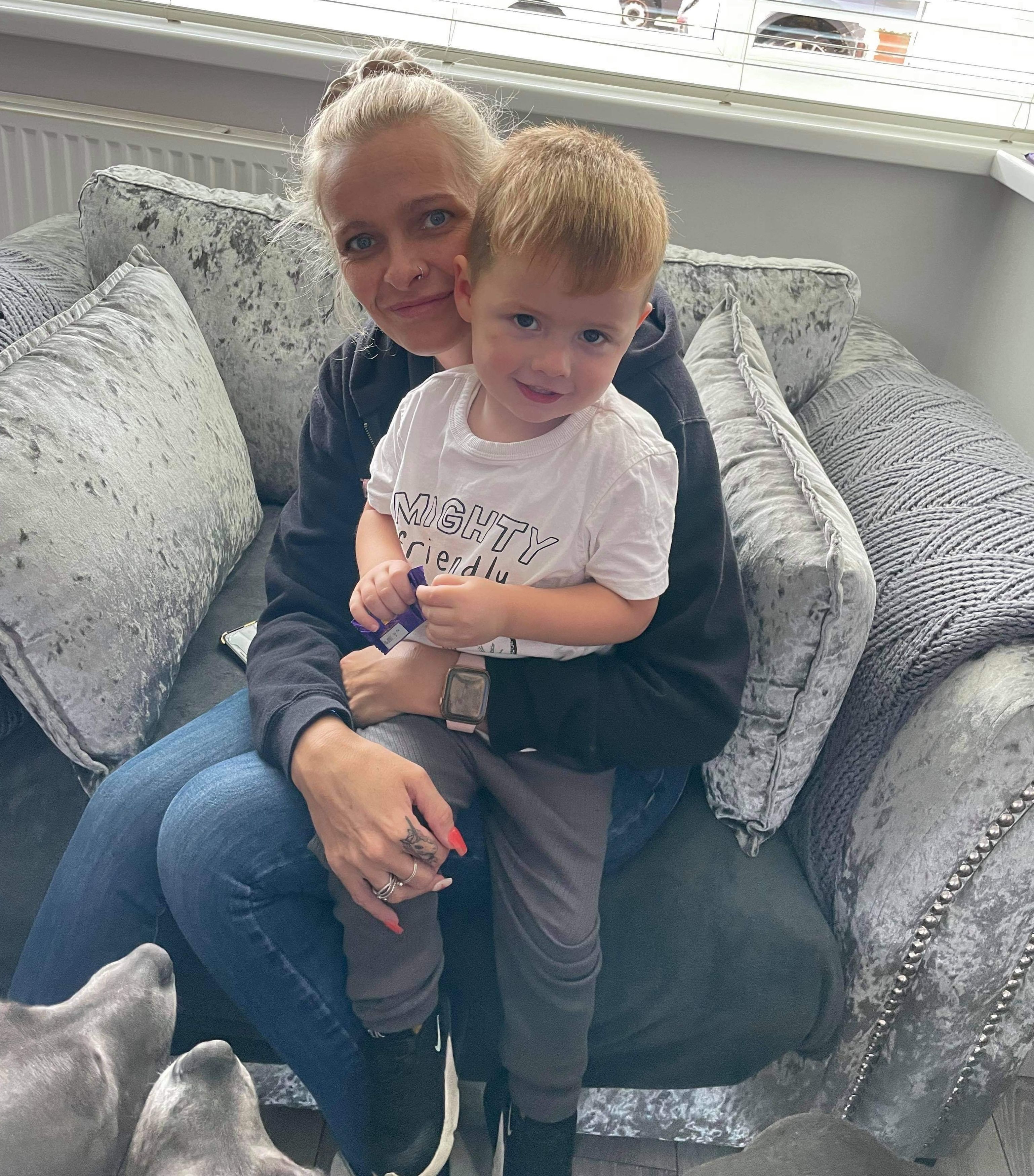 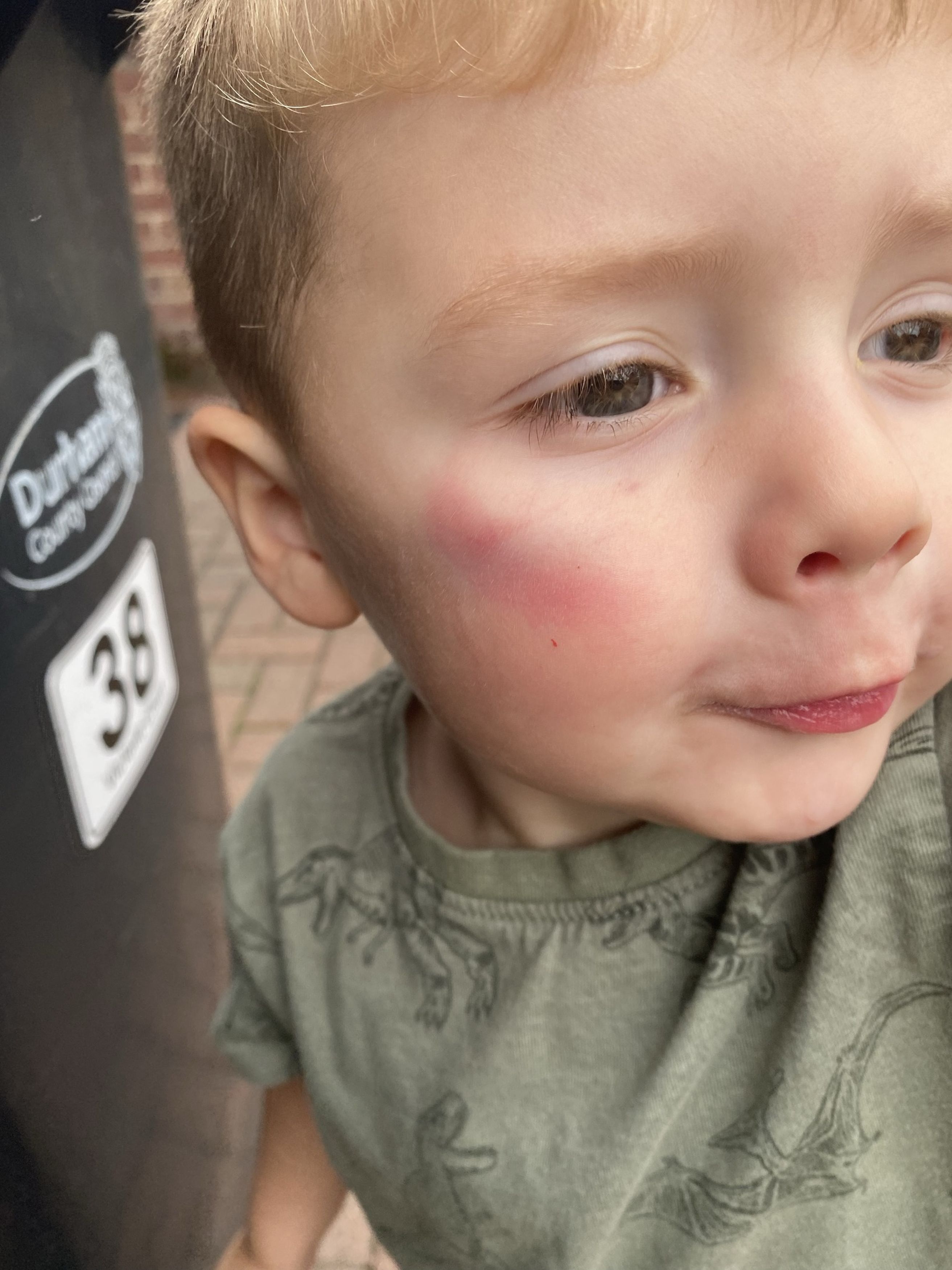 The mum-of-five, from Ushaw Moor, County Durham, bought the £1,200 Lyric sofa in April and has demanded a refund since the injuries.

Little Archie has injured himself twice as he stands up and either “flops” or “bangs” back down – hitting his face on the armrests with such force he “gave himself a black eye”.

Horrified, Claire rang and emailed the retail giant numerous times before a DFS worker examined the silver crushed velvet sofa and cuddle chair in her home on September 28th and deemed it safe.

The worker reportedly said the “less padded” areas on the inside edge of the arm rest were simply due to the design of the box arms and that it wasn't faulty or dangerous.

But housewife Claire, who has still four years of payments left on the new piece of furniture, claims the padding is so thin she can “feel the edge of the wood” through it.

She believes that DFS should take her concerns more seriously, and that the company should expect kids to “bounce around” on their sofas.

DFS explained that it had assessed the sofa and found it was not faulty, stating that Archie's injuries occurred because he was 'jumping' on it, and that there were no other reported injuries.

The store offered Claire the option of returning the furniture but as the sofa was made to order and there was no “fault” she would be charged a percentage of the retail price.

Claire said: "It's dangerous. If you've got young kids in the property it's a no-go, to me it's a safety hazard.

"I don't want it, I want it out of the house, I can't have my grandson keep injuring himself. I just want them to remove it.

"What's it going to take? My grandson to lose his eye?  I've got another four years of payments to make and I'm on edge every time he sits there.

"That time he was standing on the couch and he banged down on his bottom as he always does but fell to the side and ended up banging his face.

"He was screaming, I had to get a cold compress and put it on the side of his face to try and bring the swelling down, it was really swollen and red."

When the sofas arrived, Claire put knitted throws on the sides to stop her dogs from damaging the arms, but one of her pups chewed a hole in one so she had to remove them.

Archie injured himself whilst the blankets were removed, with granny Claire having to treat a cut close to his eye.

Claire added: said: "I ordered it online but I went to the Metro Centre store to have a look at it before I placed my order because I wanted to make sure it was comfy to sit on.

"Like I said to my husband, when you go to a showroom to look at it you're not pressing on the arms.

"I sat on it to make sure it was comfortable but I didn't think about pressing the side of the arms in case I could feel the edge of the wood.

"It's only since I've removed the throws that he's started injuring himself.

"My daughter said I was going to have to buy some new throws but I said 'that's not the point, I shouldn't have to put extra padding on a couch that I'm paying £2,000 for to stop the bairn from hurting himself'.

"When I was on the phone to DFS trying to get through they play this automatic message about how their three-piece frames are guaranteed for a decade.

I'm really upset and angry about it

"That they can withstand children bouncing about on them and your pets jumping up on them – that they'll never break.

"They expect kids to bounce about on them so why haven't they got enough padding in them to protect them from injury?

"I'm really upset and angry about it. I feel like putting the sofa in a van and taking it to the store and saying 'I'm cancelling my direct debit there you go it's your problem, you can have it back'.

"I've only made a couple of payments on it but it's not the point, whether I've paid for it outright or it's on a monthly payment plan there's obviously a safety issue with it."

"It's absolutely appalling, are they not bothered that children are getting injured on a piece of their furniture that they've sold?

"I definitely  wouldn't buy a sofa from DFS again."

A DFS spokesman said: "At DFS, we take customer complaints extremely seriously and we are sorry that Ms Neil is unhappy with her DFS product.

"After delivering the order in July, we later learnt that Ms Neil had concerns about padding on the arms of the product in September – after her grandson had unfortunately hurt himself whilst jumping on her Lyric sofa.

"We're committed to providing our customers with high-quality products and over the past year, our records show no registered complaints concerning the arm padding on this product or any record of injuries.

"The Lyric formal back sofa is a square armed sofa, the design is more angular than some 'rounded' arm styles within our range but it does have the addition of bolster cushions for the arms. This is a long-standing model and we have sold over a thousand of these products.

"As a solution, Ms Neil is welcome to return the sofa, but as there isn't a fault she would be charged a percentage of the retail price.

"This is due to the vast majority of our products being handmade to order, so when non-faulty products are rejected by a customer, the product is already considered used, and therefore will lose some of its value when sold through clearance." 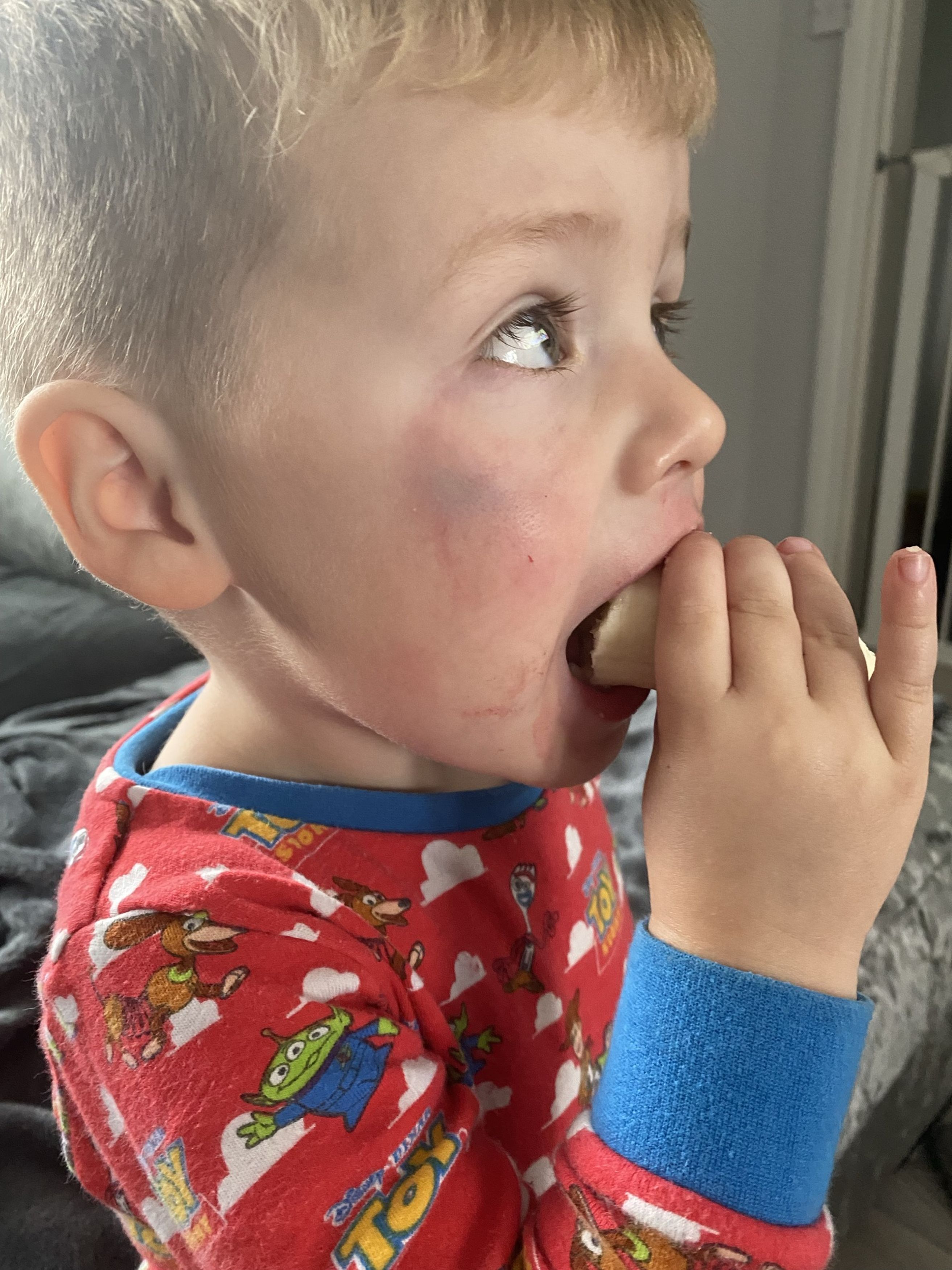 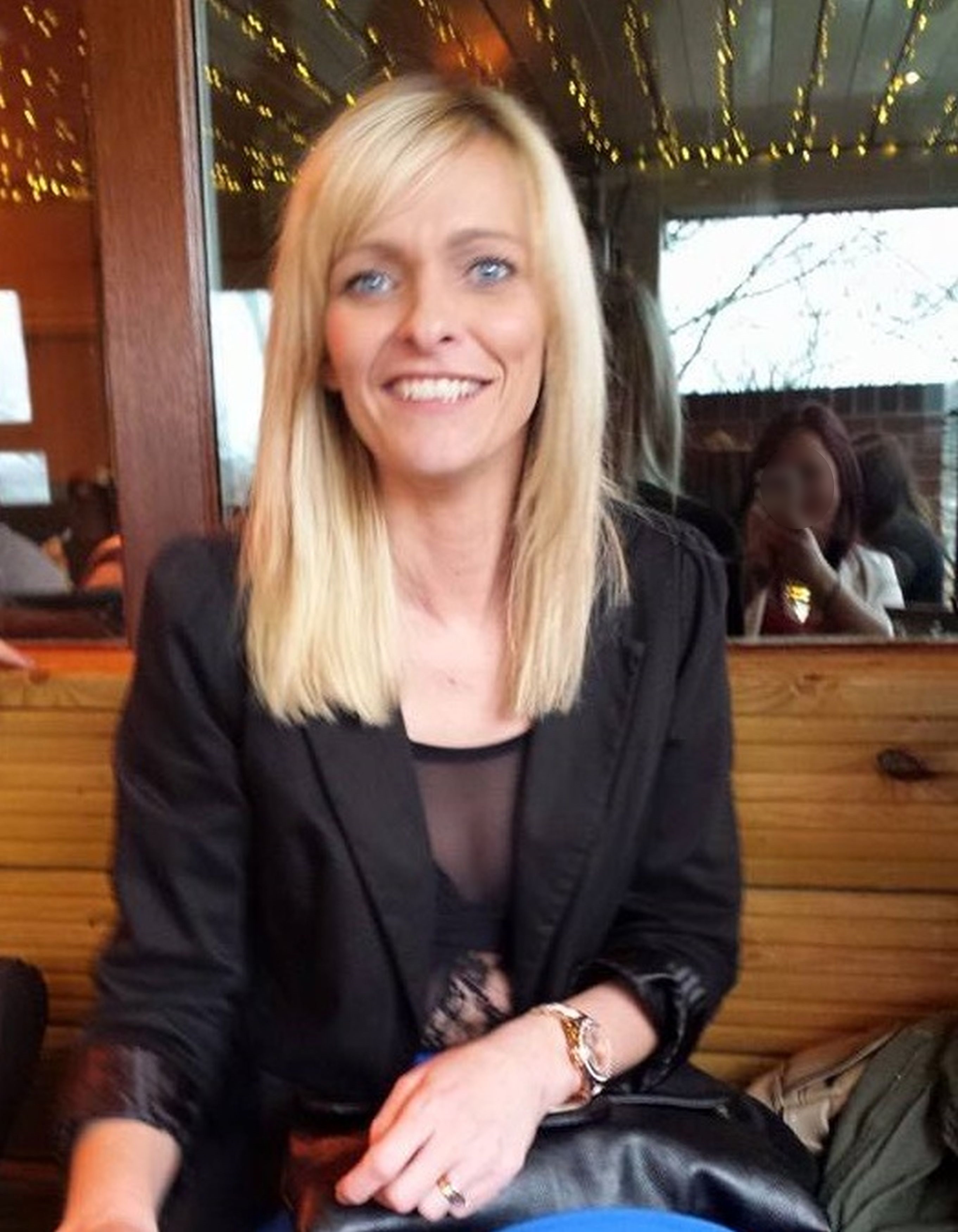 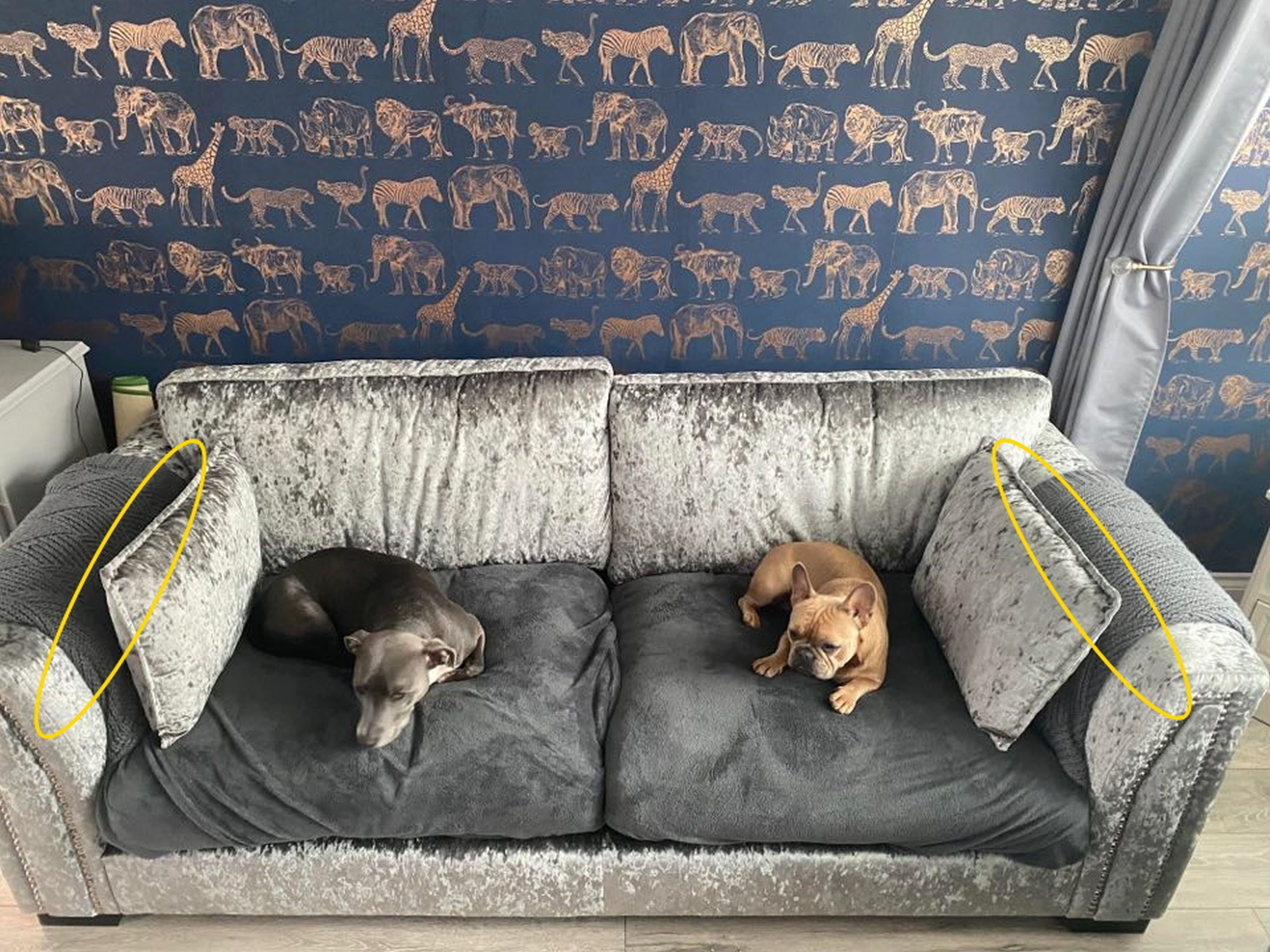