A MYSTERIOUS worm-like object with bony thorns has baffled experts after it washed up on a US beach.

Saying they were "stumped" about the "weird thing" found on Shackleford Banks, North Carolina, they urged people to help identify it. 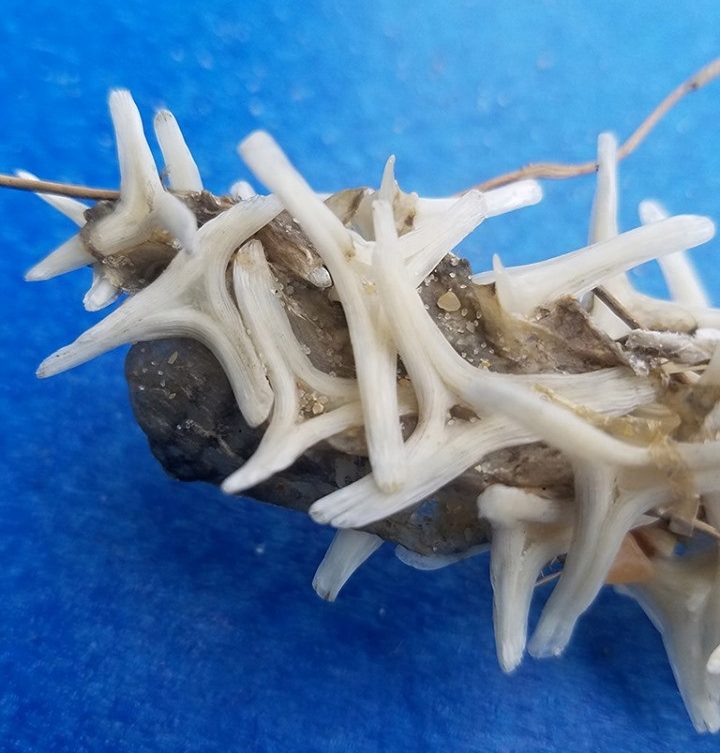 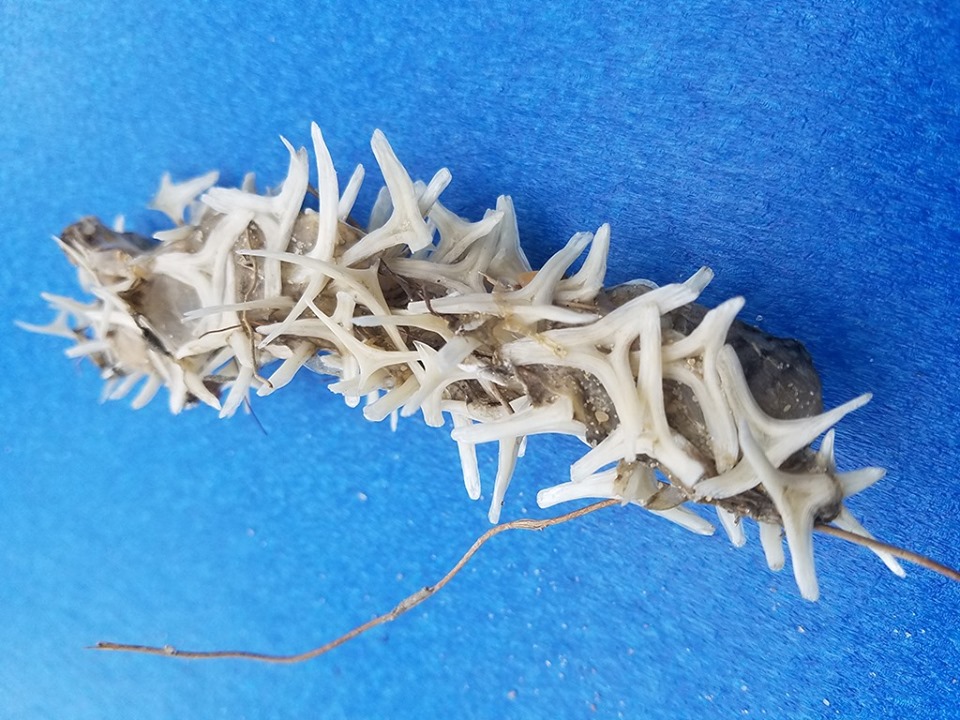 “Weird things found on the beach – okay everybody, we need some help identifying this object," said Cape Lookout National Seashore, part of the National Park Service.

Sharing images on Facebook, it explained: “A visitor found it on the eastern end of Shackleford Banks on the ocean side today and allowed us to take photographs.

“So far, we're stumped as to what it might be – we *think* (but are unsure) it might be a plumed worm case which was created using the white, bony structures as part of the case.

“We have no idea what the bony structures might be."

A plumed worm is a segmented sea worm.

Its leftover parchment-like outer tubes sometimes wash on the beach, and looks similar to a “string” – which is actually a tube in which the worm has lived in shallow water – formed from shell pieces and ocean debris. 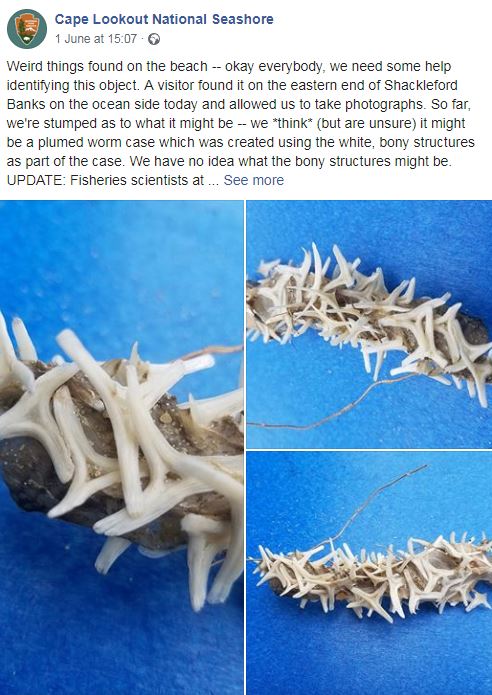 While some people agreed with the organisation's plumed worm theory, others were scratching their heads.

One person joked: “I’m not saying it’s aliens, but…”

Another suggested: “This osseous [turned into bone] structure is attached to a sea sponge, I believe that the bones belong to a Morea.

"In Brazil, Bahia, we call [it] ‘Caramuru’, a delicacy reserved for fishermen. I love it!”

Renee Farley, meanwhile, thought that “it’s the spines and dried skin of a puffer or porcupine fish.”

But Leslie Betsill disagreed, saying it was a sea cucumber.

Mel Martin joked: “It’s a kidney stone from a whale. I could hear him pass it from Oklahoma. Poor thing.” 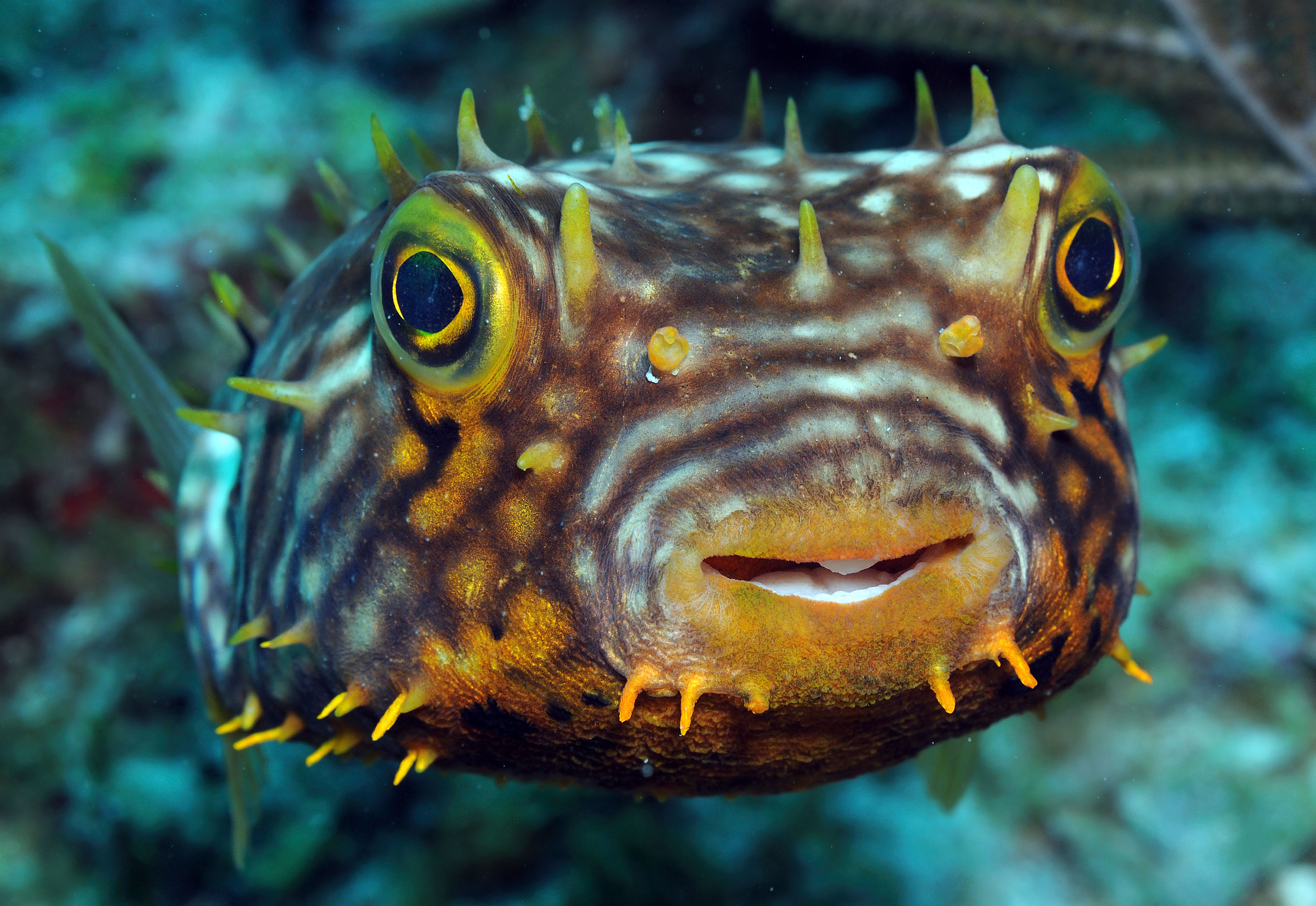 However, in an update, it appears most suggestions were way off-base.

Cape Lookout said: "Fisheries scientists at the Virginia Institute of Marine Science, as well as many others, have identified our weird object as the remains of a striped burrfish (Chilomycterus shoepfi).

"The bony structures are the fish's defensive spines.

"Apparently, these remains can even show up in the fossil record and are known to palaeontologists.

"So no tube worm case decorations this time.

"Thank you to everyone who responded."

The service adds that for others finding "an unusual item on the beach and want help identifying it, the Virginia Institute of Marine Science (VIMS) has a webpage for UFO's (Unidentified Fishy Organisms) where you can ask a fisheries scientist for help. 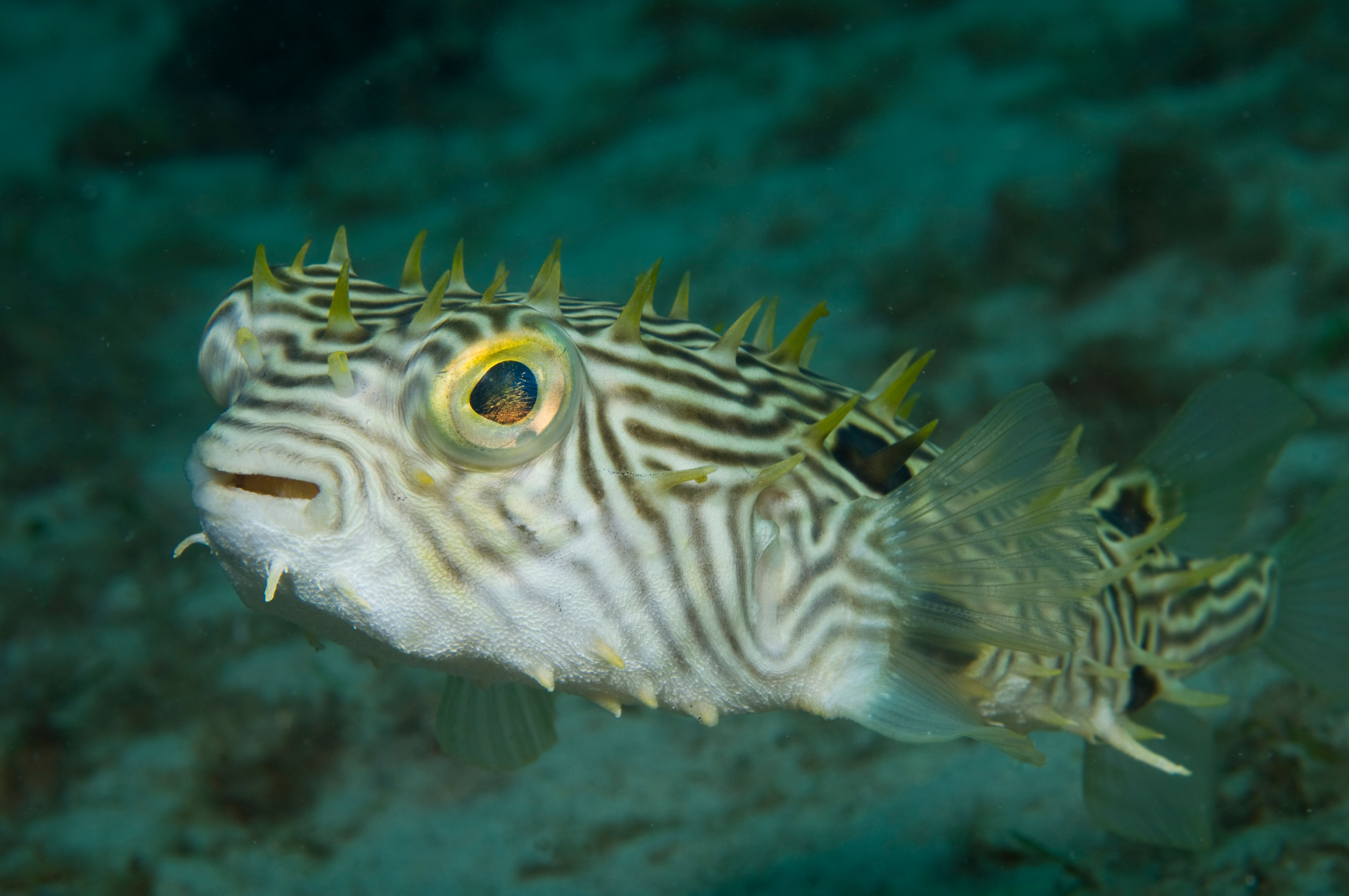 Striped burrfish have large heads and bulging golden eyes which are widely spaced.

Brownish in colour, the fish have large dark splotches along their bodies.

Burrfish are covered with short, heavy spines that are always erect, unlike their cousins, the porcupinefish, which have movable spines.

Striped burrfish can take in water to inflate their bodies when threatened, says National Aquarium.

They are abundant from the northern Gulf of Mexico to Brazil.

Striped burrfish live in seagrass beds in bays and coastal lagoons, and over shallow coastal reefs, from Maine to Florida.

Predators tend to keep their distance, because of their spines.