Fire crews were called to the scene at 6.45am local time, with initial indications suggest the building has since collapsedWKRN reporter Elizabeth Lane tweeted: “Lots of first responders headed downtown. Not sure what’s going on.” Jason Steen, the Editor of @ScoopNash, posted: “Large explosion in downtown Nashville “heavy structural damage”.. evacuting lofts @ 2nd/Commerce – per Nashville Fire radio traffic – some walking out on their own – glass and steel ‘EVERYWHERE’.”

He added: “A structure is on fire downtown – searching for victims ongoing – several people walked out of upper residences on their own.

“Building is “devastated”, vehicles on road are burning, NFD is about to extinguish them with water from Engine 9 – most human injuries so far are non-life-threatening.” 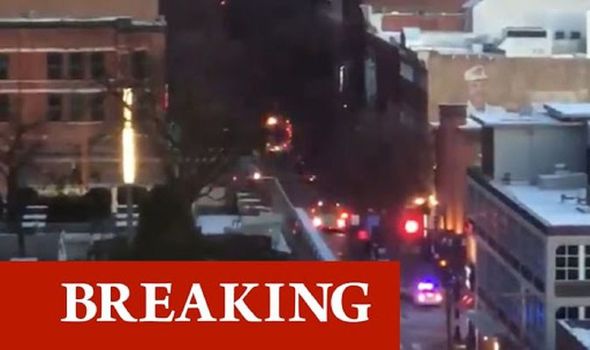 Mr Steen cited Nashville Fire Department as suggested between 20 and 30 people had been, with fewer than five requiring medical attention.

He suggested the building had collapsed as a result of the blast, with firefighters haveing retreated from the scene with all personnel accounted for.

One user commented on Mr Steen’s Twitter feed: “We felt it waaay out in South Nashville, near OHB…. it was MASSIVE.”

Another added: “We felt it in Mount Juliet.”

Nashville, in the US state of Tennessee, is famous for being the centre of the country music scene.

END_OF_DOCUMENT_TOKEN_TO_BE_REPLACED

END_OF_DOCUMENT_TOKEN_TO_BE_REPLACED
Recent Posts
We and our partners use cookies on this site to improve our service, perform analytics, personalize advertising, measure advertising performance, and remember website preferences.Ok