NEIGHBOURS have traded angry Post-It note messages in a bizarre row over flowers on a public pavement.

Residents plastered handwritten notes on a tree about flowers being swiped from its bed on a public street in Brixton, South London. 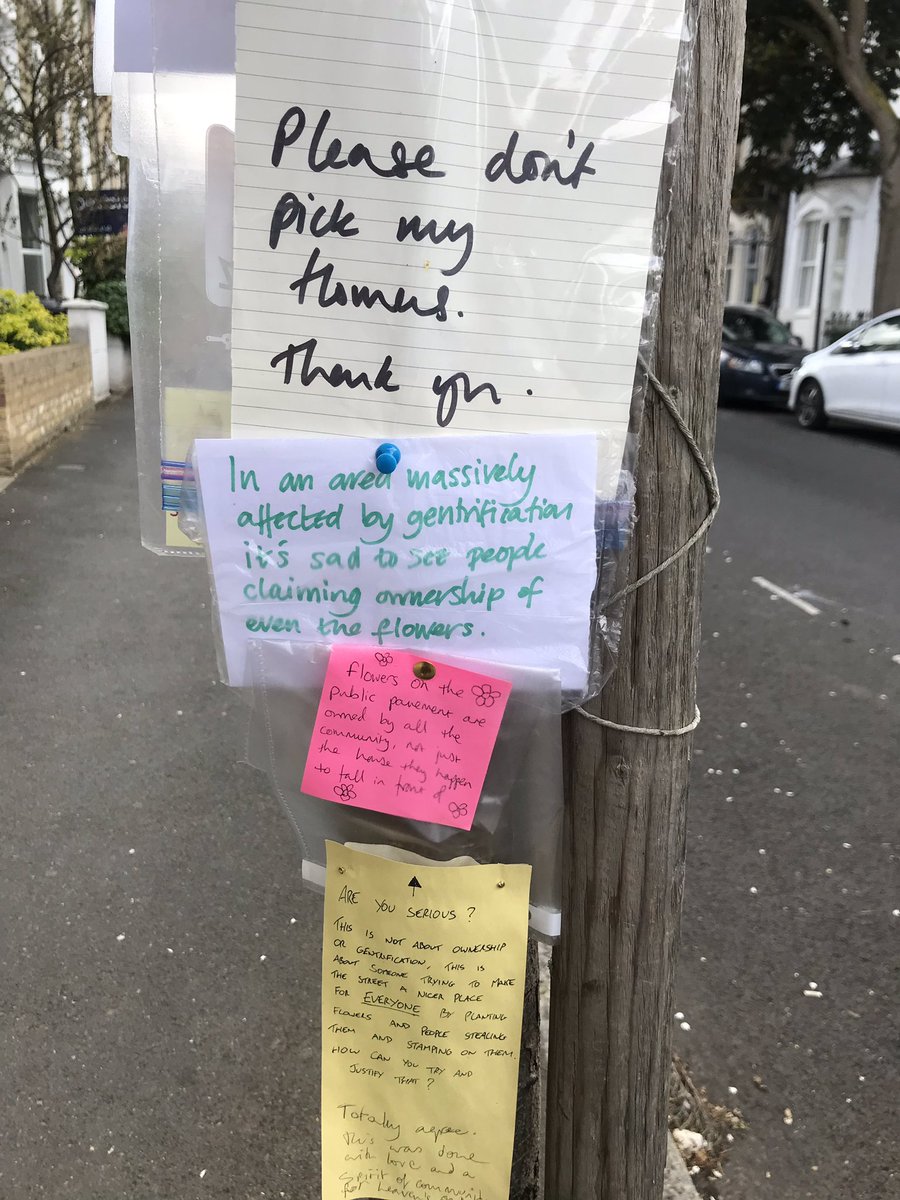 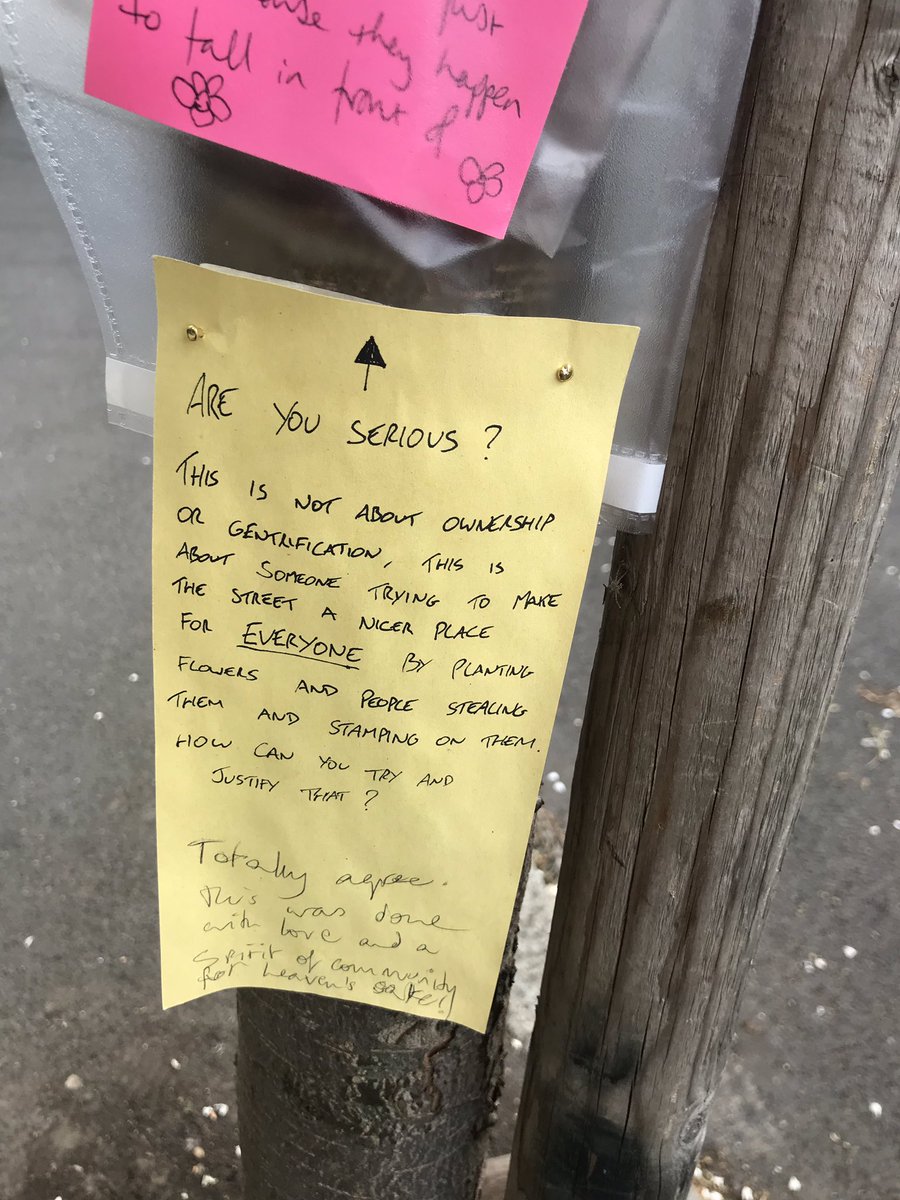 The argument, which has gone viral on social media, was sparked when someone posted a note asking neighbours not to pick the flowers, which are part of a community project.

But it escalated into a blazing war of words over gentrification as other locals pinned their replies to the tree.

Eventually the flowers were dug up from the soil and "moved elsewhere".

Writer Rachel Thompson tweeted: “People on my street are having an almighty row over who owns some flowers.

“There have been no raised voices, just handwritten notes placed inside plastic wallets and pinned to a post.

“It all began a few days ago when someone put up a note saying "please don’t pick my flowers" next to a lupin."

She added: “A few days later, I see a literal war of words has begun.”

Photos of the floral battle posted on Twitter showed the tree covered in messages.

A local resident had posted a note saying "Please don't pick my flowers, thank you."

In an area massively affected by gentrification it's sad to see people claiming ownership of even the flowers.

But the request was met with a blitz of handwritten post-it notes and messages in retaliation.

One response said: "In an area massively affected by gentrification it's sad to see people claiming ownership of even the flowers."

A pink post-it note read: "Flowers on the public pavement are owned by all the community, not just the house they happen to fall in front of."

But a typed poster from neighbourhood organisation Father Nature said "these flowers did not grow wild and were only here because they were planted, watered, maintained and replaced by local residents."

Another neighbour wrote: "Helpful to know that the flowers were part of a community project.

"However, if that is the case it was very misleading to refer to them as 'my' flowers."

Some of the notes were placed inside laminated plastic wallets.

He tweeted: "This thread shows we didn't get very far with David Cameron's “Big Society.”

Other neighbours backed the request to stop picking the flowers and hit back with a barrage of their own messages.

One resident fumed: "Are you serious? This is not about ownership or gentrification.

"This is about someone trying to make the street a nicer place for everyone by planting flowers.

'MOST BRITISH THING EVER'

"And people stealing them and stamping on them. How can you justify that?"

A passerby scrawled underneath the note: "Totally agree. This was done with love and a spirit of community, for heaven's sake."

One Twitter user wrote: "This is the most British thing EVER."

Another posted: "The passive aggression levels are at code red." 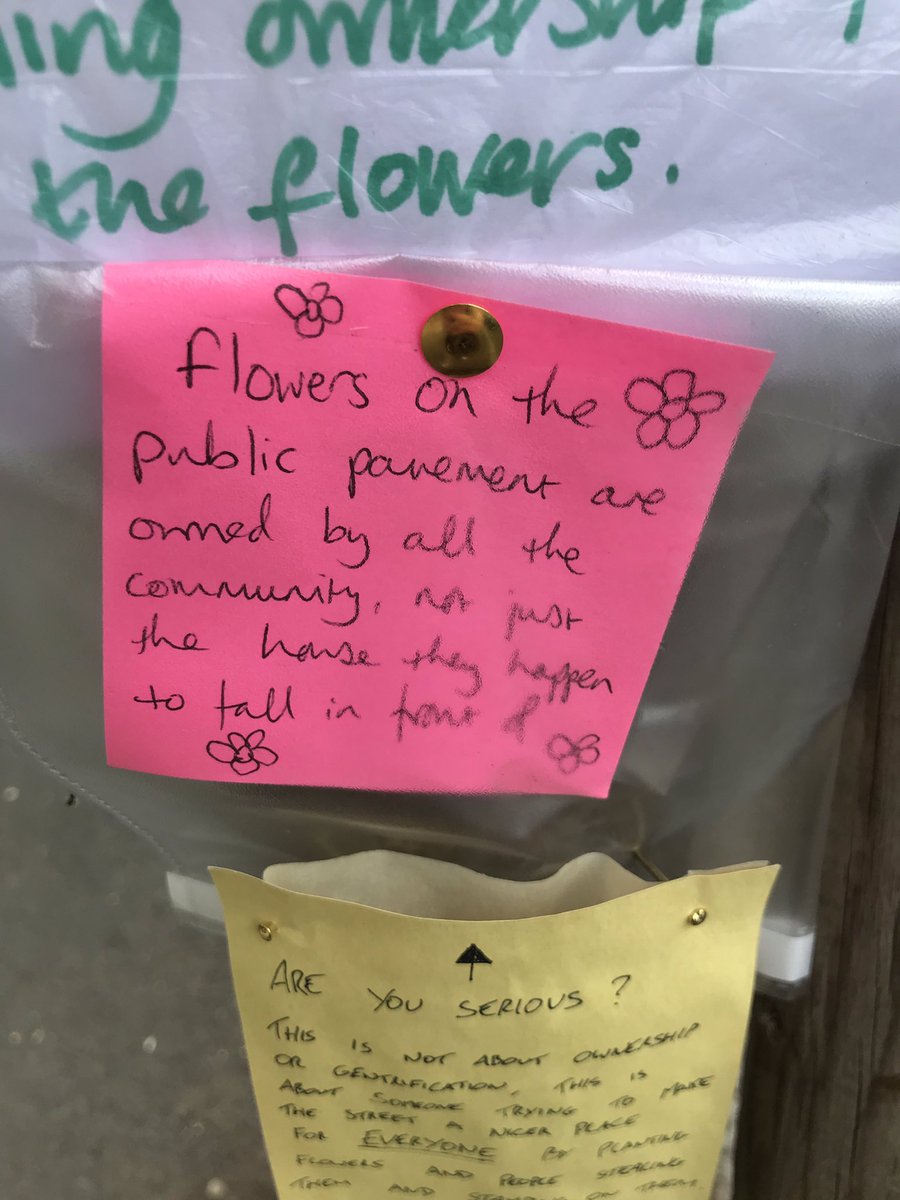 One person said: "This is the most middle-class argument ever."

The row appears to have ended when the original note writer dug up the flowers and took them away.

A photo posted on Twitter shows the tree bed empty after the argument.

In its note, Father Nature urged residents to contact them if they wanted to adopt a planter or tree. 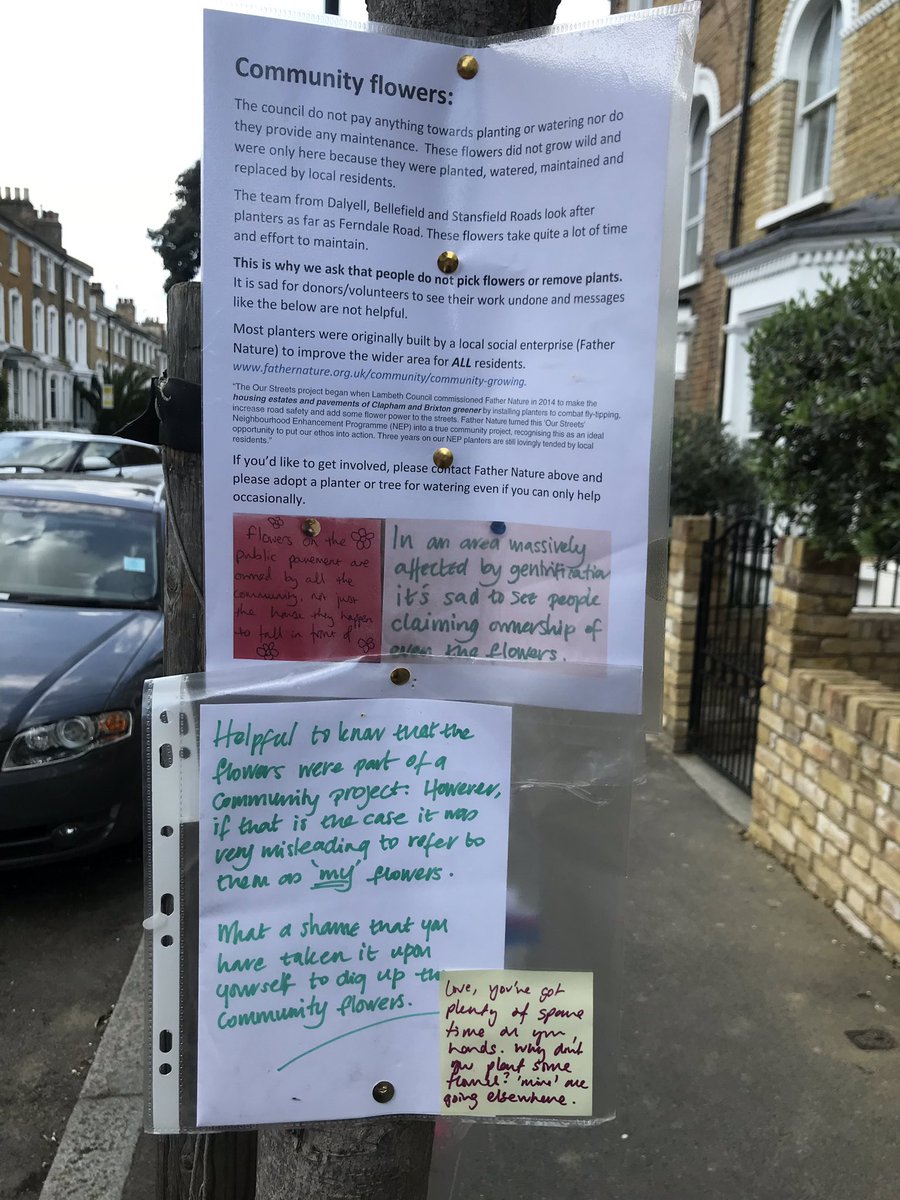 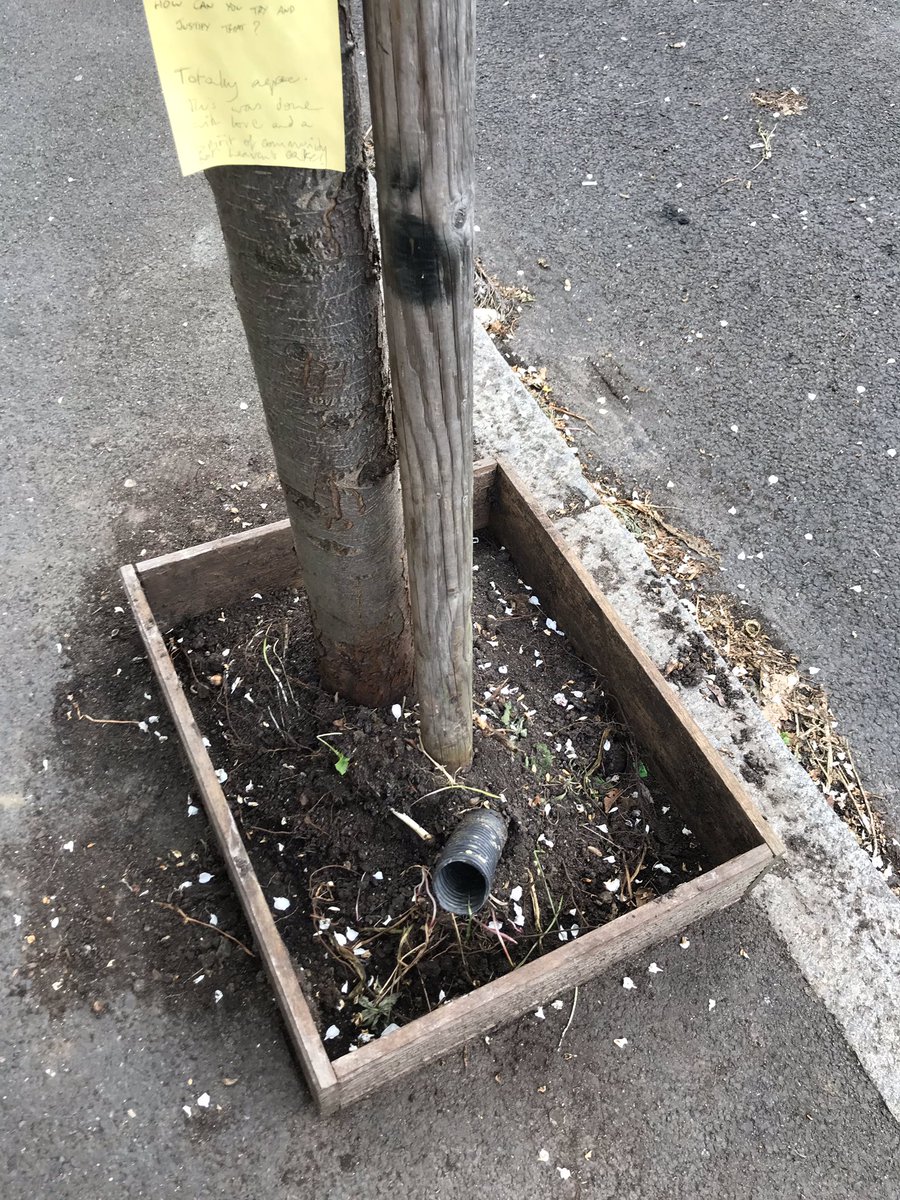