BRAZIL has uncovered a new Covid variant which combines 18 mutations as it was warned the nation's out of control outbreak could become a biological disaster.

Some 90,000 people are being infected daily and more than 4,000 a dying as the pandemic runs rampant, but far right president Jair Bolsonaro still refuses to lockdown.

? Read our coronavirus live blog for the latest news & updates… 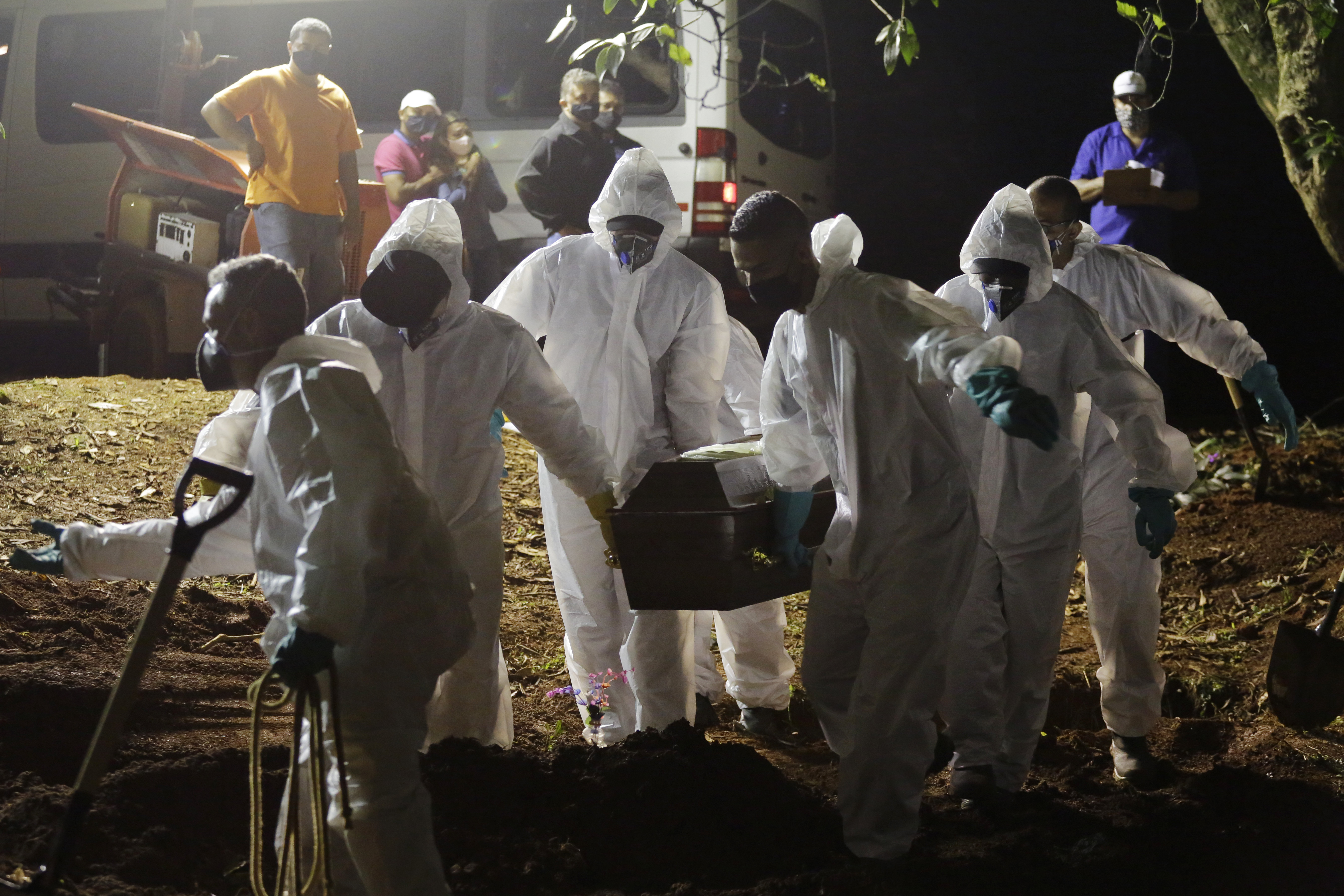 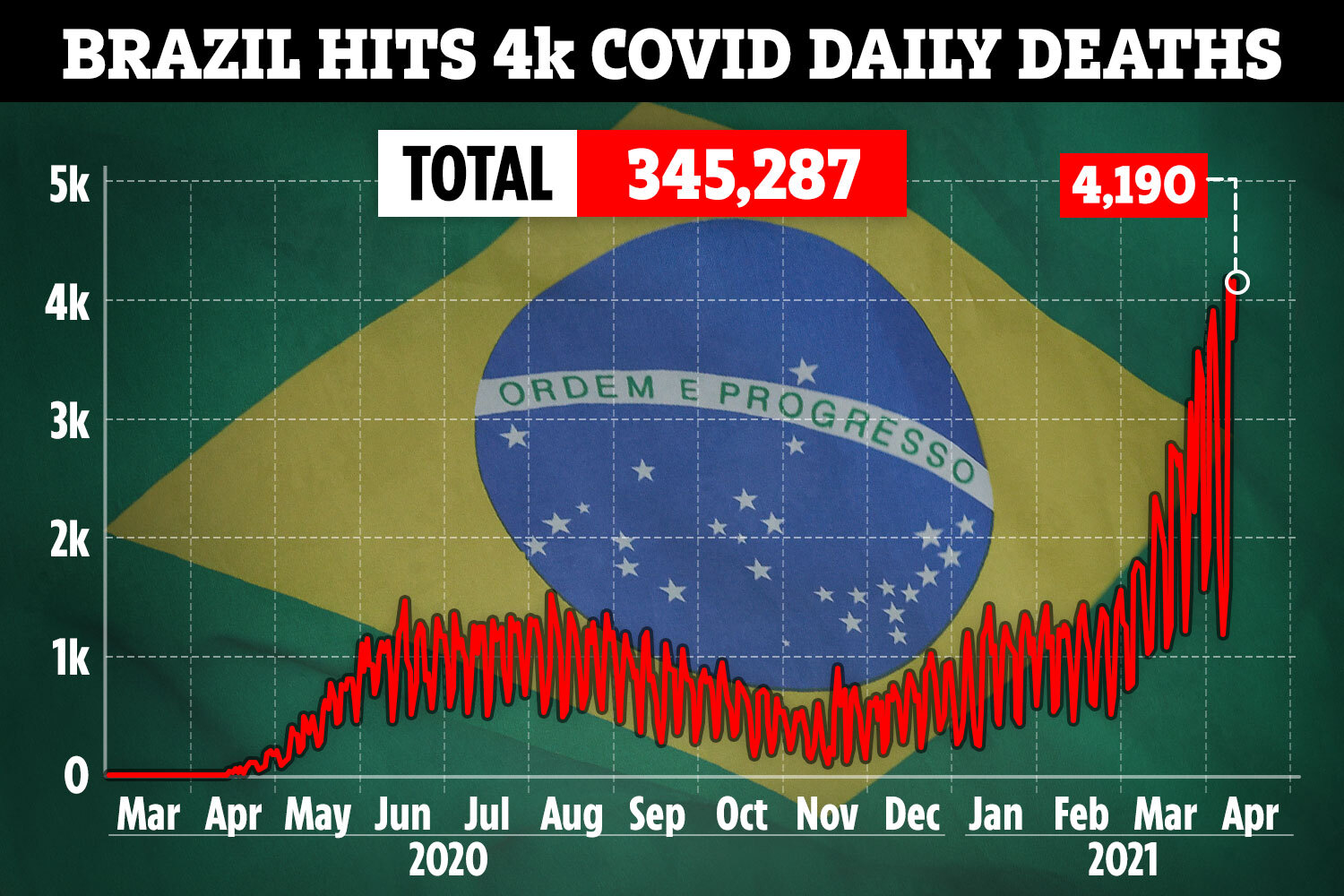 Scientists discovered the troubling new strain which includes the same genes which were modified by another Brazilian strain, known as P1, and the variants from Britain and South Africa.

It has mutations which already associated with a higher risk of death, but the new strain has not yet been confirmed to be more deadly or more transmissible.

Coronavirus is currently burning through Brazil like wildfire – with the nation suffering more than 345,000 deaths so far, second only to the US, and more than 13million total cases.

Brazil has been likened to a "Biological Fukushima" as its feared the country may become a petri dish for new variants of Covid that could hamper global efforts the defeat the pandemic.

The latest new strain was discovered in Belo Horizonte city, which is located near the eastern coast of Brazil and is 275 miles north of Rio De Janerio.

Expert virologist Renato Santana, from the Federal University of Minas Gerais, told G1: "[The new strain] has characteristics in common with the variants that were already circulating in Brazil but it also has new characteristics,

"It is as if these variants were evolving."

He said the number of "severe cases" being increasingly detected in Brazilian hospital is very concerned and could be linked to new variants in circulation.

The expert assured the vaccines remain effective, but warned a slow jab rollout "end up accelerating the appearance of new variants" – as the rapid spread allows the virus to get "trained" to beat antibodies.

Fears loom that unless jabbing speeds up, and countries use lockdowns to bring their rampant Covid outbreaks under control, the virus could mutate to beat the current arsenal of vaccines.

New mutations on the coronavirus can make it harder for the body's immune system, which has been primed to look out for the "original" strain either through vaccination or prior infection, to recognise it.

Brazil's government however continues to stick its nose up at the threat of Covid, with President Bolsonaro insisting he still has no plans for a national lockdown.

"We’re not going to accept this politics of stay home and shut everything down," he said during a speech in Chapeco.

Resisting growing pressure from his own officials, the Covid sceptic who has repeatedly downplayed the danger of the devastating virus insisted: "There will be no national lockdown". 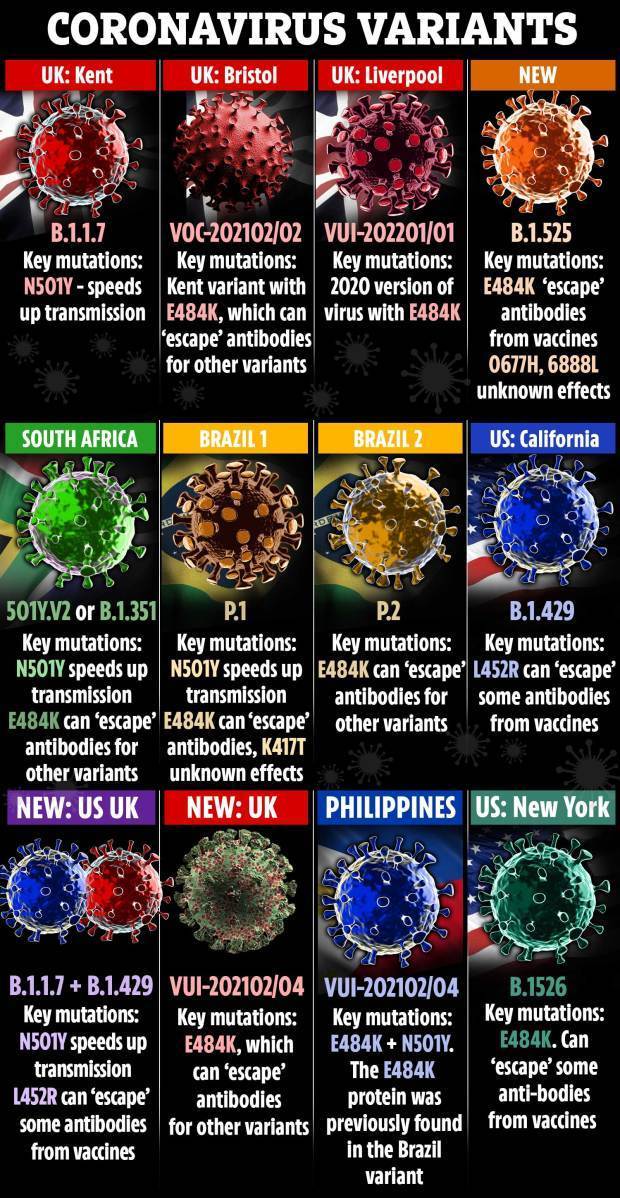 Some 92 variants have now reportedly been detected in Brazil – and the first cases of the South African variant have now also been uncovered.

Scientists previously told The Sun Online how imperative it is to rob Covid of the rapid person-to-person transmission which helps it develop mutations.

And they warned possible new variants in the future could make people sicker and re-infect people who had already developed antibodies in a devastating new outbreak.

Dr Tony Lockett, from King’s College London’s Institute of Pharmaceutical Science, told The Sun Online: "The effect – well it could be devastating – much worse than the original as younger people could become sicker and those who have had the virus get reinfected with the new strain

It comes as it was warned coronavirus mutations could render vaccines redundant in less than one year, according to a survey of epidemiologists by The People’s Vaccine Alliance.

And the threat of new coronavirus strains also means masks and social distancing could be needed well into 2022, despite the vaccine rollout, and it is not clear when border controls will be relaxed. 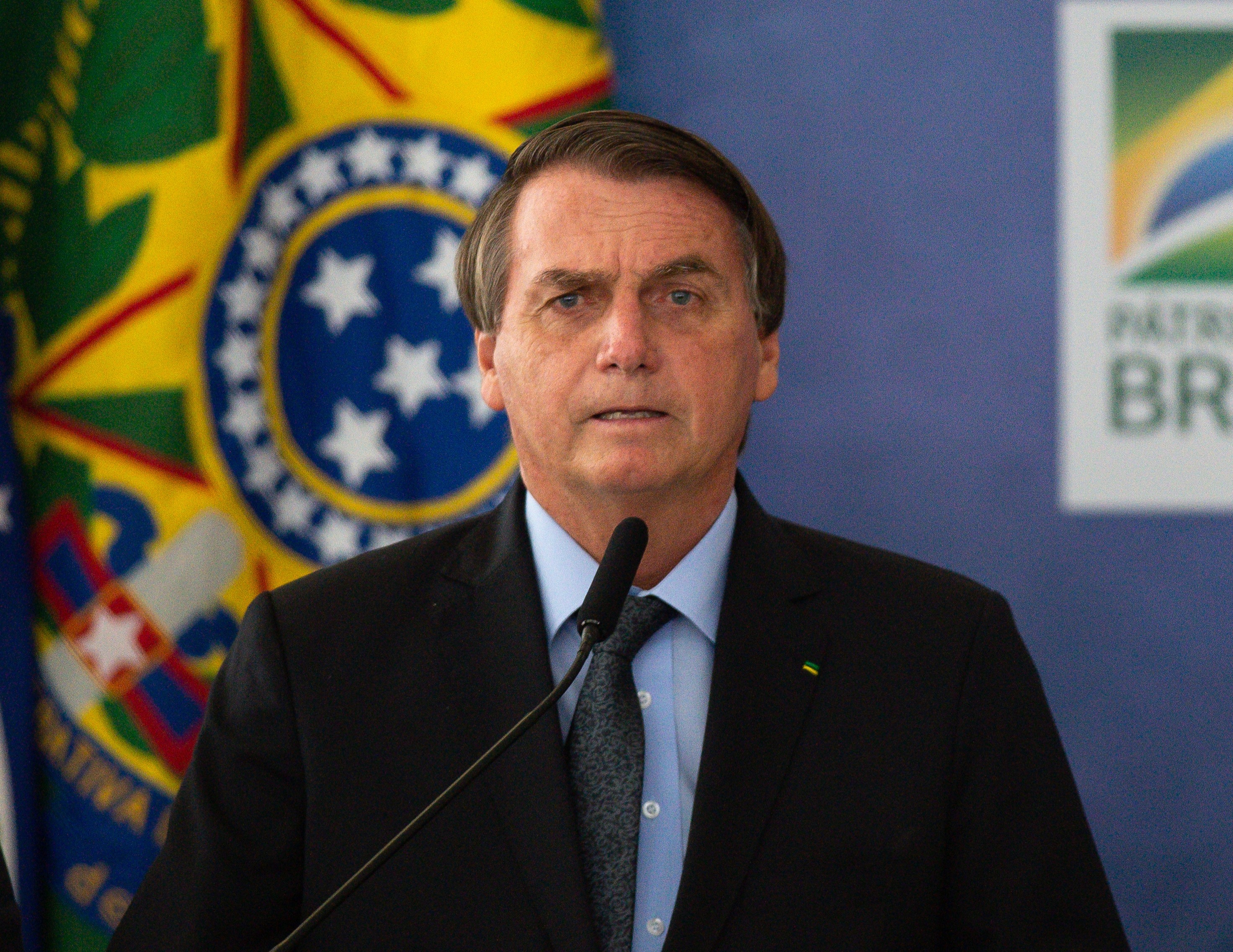 Brazil's largest city Sao Paulo is currently preparing around 600 new graves every day – far beyond the previous record of 426 as recorded on March 30.

And the city is preparing plans for a "vertical cemetery" – a crypt with 26,000 drawers for bodies, with plans to have it open within three months.

Hospitals are now at breaking point with people dropping dead as they await treatment, with medics earlier this year telling The Sun Online about the living hell on Brazil's Covid frontline.

In most states, patients with Covid-19 are occupying more than 90 per cent of intensive care unit beds.

Witnesses have liked the scenes to those from a medieval plague outbreak as oxygen supplies run low. 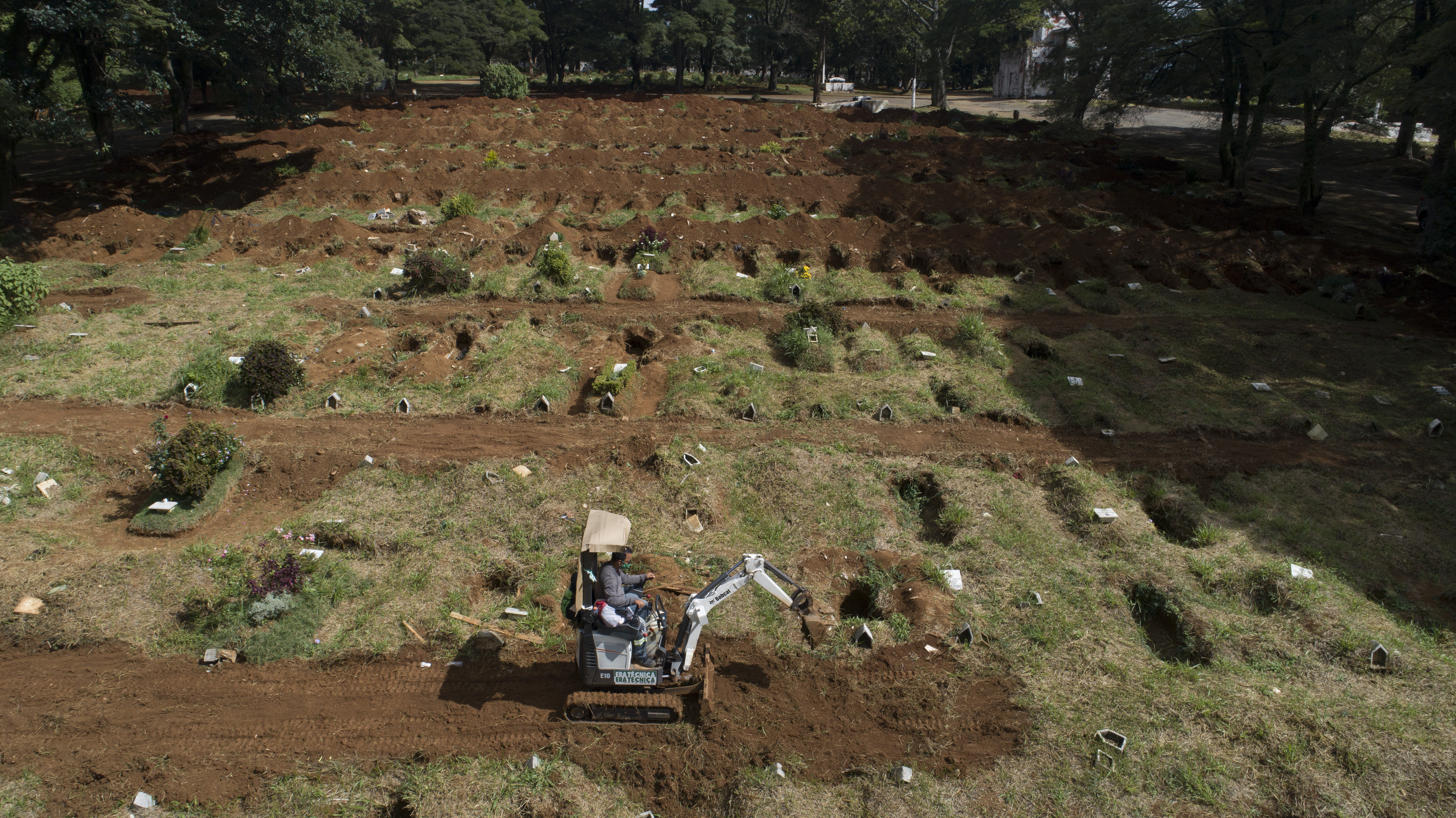 Dr Miguel Nicolelis, a former regional co-ordinator of the country's pandemic response team, described Brazil's response to the crisis as a "complete calamity".

"It's the largest human tragedy in Brazilian history," he told the BBC. "We may get to 500,000 deaths by July 1, that's the latest estimate.

"But the University of Washington released another estimate suggesting if the rate of transmission goes up by about 10 per cent, we could get to 600,000 deaths.

“It’s a nuclear reactor that has set off a chain reaction and is out of control. It’s a biological Fukushima."

His comment was a reference to the shocking explosion at the Fukushima Daiichi nuclear power plant in Japan sparked by a tsunami in 2011.

Dr Nicolelis added: "Brazil is now not only epicentre of the pandemic worldwide it's a threat to entire effort of international community to control the pandemic on the planet.

"We are brewing new variants every week and some of them may more lethal.. eventually make it to the entire world."

Scientists are already working on tweaked vaccines to help deal with new mutations in future, much like the flu vaccine which is altered every year.