Poorer pupils failed by Zoom lessons: Data reveals ‘notable’ drop in amount of material covered in remote-learning by children at schools in deprived areas compared to better-off ones

Children in schools serving the most disadvantaged pupils covered fewer learning materials when studying at home than their peers in schools with more affluent intakes, an analysis suggests.

The difference between remote and in-class learning during the pandemic was ‘particularly acute’ at schools with a higher proportion of pupils eligible for free school meals (FSM), the Office for National Statistics (ONS) said.

The analysis, of remote schooling in England between April 2020 to June 2021, suggests that children in schools with the most FSM-eligible pupils were more dependent on parental instruction in their learning.

The measures of FSM eligibility used by the ONS researchers for the analysis were constructed by the Teacher Tapp app.

The report said: ‘Teachers at schools in quartile four reported that they were able to cover less material with remote learners relative to in-school learners throughout the coronavirus (Covid-19) period. 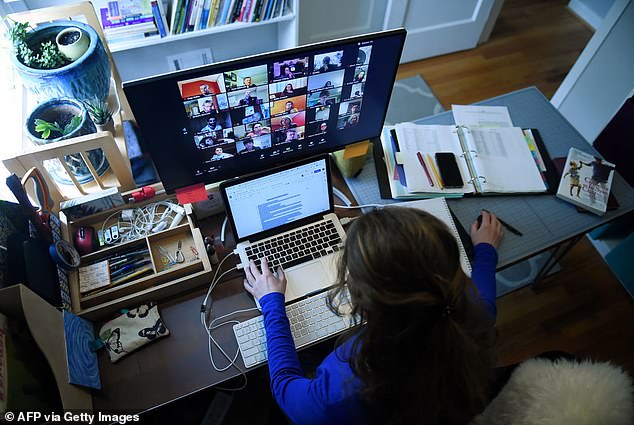 The difference between remote and in-class learning during the pandemic was ‘particularly acute’ at schools with a higher proportion of pupils eligible for free school meals, the Office for National Statistics said. [File image]

‘In contrast, teachers at schools in quartile one reported the material they had covered with remote learners was closer to what they were able to cover with in-school learners.

‘Although this gap has narrowed slightly in recent months, the cumulative impact on the learning provided to pupils over this period appears to have been considerable.’

The ONS analysis suggests that the gap may exist because teachers from schools with more affluent intakes may be able to rely more on pupils having access to appropriate technology for remote working.

It adds: ‘Teachers in the most deprived quintile of schools reported notably lower levels of pupil engagement than those in the middle quintile, and highlighted pupils with such limited IT access as being particularly difficult to engage.

Researchers said another possible explanation for the trend could be that social problems associated with deprivation ‘have a greater impact on pupils learning remotely than when they are in school’. 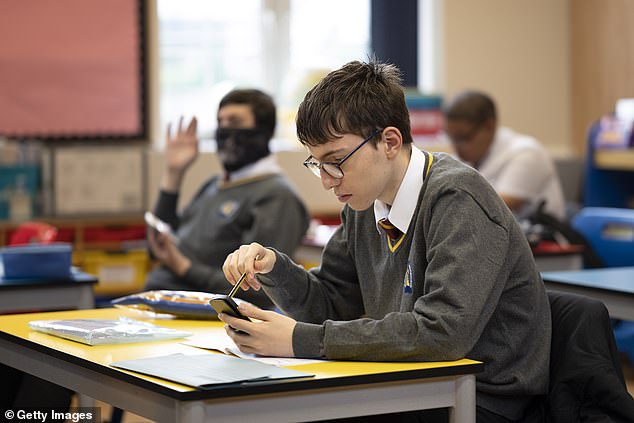 The analysis, of remote schooling in England between April 2020 to June 2021, suggests that children in schools with the most FSM-eligible pupils were more dependent on parental instruction in their learning

Geoff Barton, general secretary of the Association of School and College Leaders (ASCL), said the findings ’emphasise the need for a more ambitious and better resourced education recovery package’ from the Government.

He said: ‘Despite the best efforts of schools, disadvantaged pupils are more likely than their peers to have suffered learning loss during the pandemic.

‘The Government rollout of laptops for these pupils to enable them to access remote learning was ponderous.

‘In addition, many of these young people may not have had a dedicated space in which to work, and they often face many other challenges in their lives.

‘It is vital that the Government does everything possible to bring to an end to the educational disruption of the past 18 months, and that it uses its current spending review to put together a more substantial education recovery package targeted at disadvantaged young people.’