Angela Rayner must realise phrases like ‘racist scum’ are dangerous: New education secretary Nadhim Zahawi offers a word of caution as he reveals his headteacher inspired him when he was a ‘very naughty’ schoolboy in Iraq

Nadhim Zahawi still fondly recalls Miss M’barak, the Iraqi headteacher who helped to set him on the path to power nearly half a century ago.

‘I was very naughty at school,’ he admits. ‘But Miss M’barak told me: You are very talented, just channel your talents towards the right thing and you’ll do great.’

Now Mr Zahawi – who fled Saddam Hussein’s country with his family in time to start secondary school in the UK – has vindicated her exhortation at the al-Mansour primary school in Baghdad by winning a long-predicted seat at the Cabinet table.

Boris Johnson’s new Education Secretary bubbles with gratitude for the welcome extended to him when he arrived in this country.

‘This is the best country in the world. I cannot think of another country that would take an immigrant from Baghdad and make him Secretary of State for Education in Her Majesty’s Government.’ 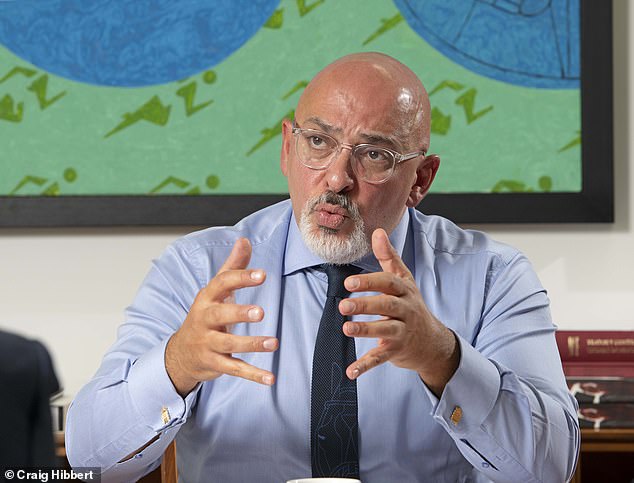 Nadhim Zahawi (pictured) said Miss M’barak, the headteacher at the al-Mansour primary school in Baghdad, Iraq, set him on the path to power nearly half a century ago

Not everyone was welcoming in 1970s Britain, however.

Mr Zahawi, 54, recalls with a wince the bullies at his London comprehensive who dangled a shy 11-year-old over the pond in Holland Park and dunked his head, prompting his parents to move him swiftly on to a different school.

But it is the playground politics of the Labour Party which are exercising Mr Zahawi today – and in particular deputy leader Angela Rayner’s description last week of senior Tories as ‘homophobic, racist, misogynistic… scum’.

The Iraqi Kurd – one of seven Cabinet Ministers from an ethnic-minority background – was appalled by her inflammatory language.

Referencing the 2016 murder of Labour MP Jo Cox, Mr Zahawi told The Mail on Sunday: ‘I think people go into politics because they want to do the right thing, they want to serve their country.’

He added: ‘This sort of language – and I would describe it as demonisation – is dangerous because words matter and words have consequences. We saw that with Jo Cox and I am genuinely worried.’

He says he was ‘touched’ when London Mayor Sadiq Khan revealed he was receiving 24-hour security because of his ‘skin colour and the God I worship’. 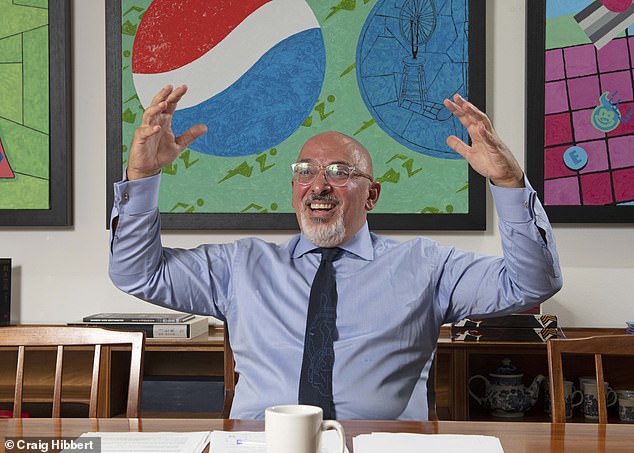 Mr Zahawi said: ‘When we go down the route where we play the man or the individual… that’s a dangerous place for us to lead the nation.

‘I genuinely don’t understand. She [Rayner] must have felt real pain when we sadly lose a colleague like Jo Cox. They have to examine their conscience – think about it, look in the mirror and say is that really what we want to be? I don’t think so.’

Two weeks into the job, Mr Zahawi has been confronted by an in-tray bulging with problems left behind by his predecessor Gavin Williamson, including helping pupils to catch up on lost learning time during the pandemic and the grade inflation caused by teacher assessments, all against the backdrop of the obstructive, Left-wing teaching unions.

‘I want to get back to the rigour of examinations,’ he says. ‘Our focus is to make sure by the next Election that the kids have caught up. We have protected the NHS and I think it is really important that we protect education.’

Mr Zahawi, who won his promotion after masterminding the vaccine rollout as a Health Minister, is also dismissive of Labour leader Sir Keir Starmer’s conference-pleasing vow to hit private schools with a £1.7 million tax to ‘fund improvements to the state sector’. He describes it as indicative of ‘terrible judgment’. 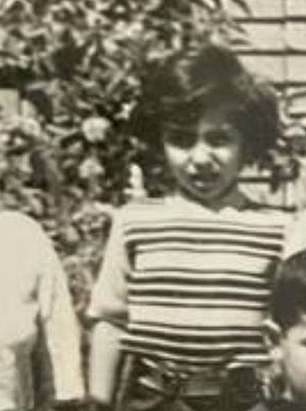 Mr Zahawi, who completed his schooling at the fee-paying King’s College School in Wimbledon, believes private schools are an essential part of the country’s educational ‘ecosystem’.

He said: ‘I’ve had experience of both sectors. I think that it’s typical of Starmer – headline-grabbing, but then when you look at the details, it collapses.

‘For those parents who scrimp and save to get their kids to go to an independent school because that is their preference, if those schools are no longer available to them and they have to come into the maintained sector, then it adds to the pressure on the system. I think he is making a terrible judgment.’

Keen not to appear elitist, Mr Zahawi – who has amassed a £55 million property portfolio with his wife Lana on the back of a career with opinion polling, oil and recruitment firms – then carefully balances his remarks by pledging to ‘put the independent schools out of business by improving the maintained sector’.

Like multiple Tory Education Secretaries before him, Mr Zahawi appears to be moderating his previously enthusiastic support for grammar schools now that he is in office.

Five years ago, he wrote that the Government should ‘increase the role of selection into our state education system’ because of the ‘outstanding education they provide, the opportunities on offer for children from all backgrounds and the impressive outcomes that are delivered’.

Mr Zahawi, who has three grammar schools in his Stratford-upon-Avon constituency, now says his focus is very much on the ‘whole family of education providers’.

He says: ‘I think selective schools have got a place in our ecosystem… if they are doing a good job and if they are really doing everything they can to make sure that opportunity is available to every child.

‘I came to this country when I was 11 and I couldn’t speak a word of English, sat at the back of the class trying to string words together in my head to make a sentence to join in, but by the time I’d made the sentence the subject matter had moved on in class.

‘My teachers thought I had learning difficulties. Now I want the system to work for that 11-year-old whose parents don’t have the wherewithal to do what my parents did and that is very much my focus. 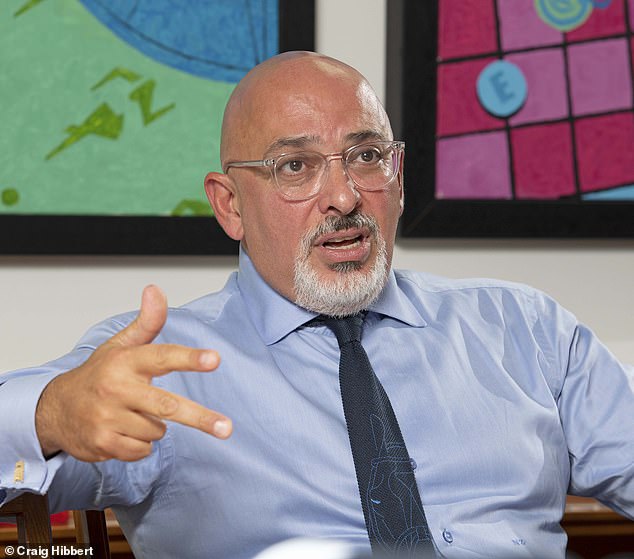 ‘I’ve been here now two weeks and the big success has been the Multi-Academy Trusts and the ability to spread good practice across a family of schools, to get really talented people into the profession and raise the bar in terms of teachers.’

The ebullient Mr Zahawi only tenses when he is invited to enter the landmine field of wokery: specifically, does he agree with Sir Keir’s intervention in an internal Labour row over whether ‘individuals with a cervix’ can include men who have transitioned?

Sir Keir said it was ‘not right’ to say only women have a cervix.

Does Mr Zahawi think only women can have cervixes?

‘Well, it is a biological fact,’ he states matter-of-factly.

‘I did human biology A-level… and it is a biological fact.’

He swerves the thorny issue of children being taught about gender identity and which lavatories should be used by transitioning pupils.

‘The teachers have the responsibility to deliver what we have introduced in the curriculum and I think that’s the right thing to do.

‘Schools have a responsibility for safeguarding. It’s incredibly important that school leaders, teachers, support staff in schools are really well trained and are capable in delivering that.’

If enthusiasm and patriotism for his adopted country are key to Mr Zahawi making a success of his portfolio, then he is halfway there already.

‘What a country!’ he exclaims. ‘I wake up in the morning and I pinch myself, how did I end up here?’