Nicola Sturgeon today vowed a fresh push for Scottish independence with a law laying out the timetable for a referendum.

The First Minister stoked the raging constitutional row as she unveiled her programme for government, including a Bill that will state the question that would be put to voters north of the border.

Ms Sturgeon said at next year’s Holyrood election she will ‘make the case for Scotland to become an independent country, and seek a clear endorsement of Scotland’s right to choose our own future’.

But critics accused her of ‘politics of division’, insisting she should be focusing on the coronavirus crisis rather than trying to tear up the union. 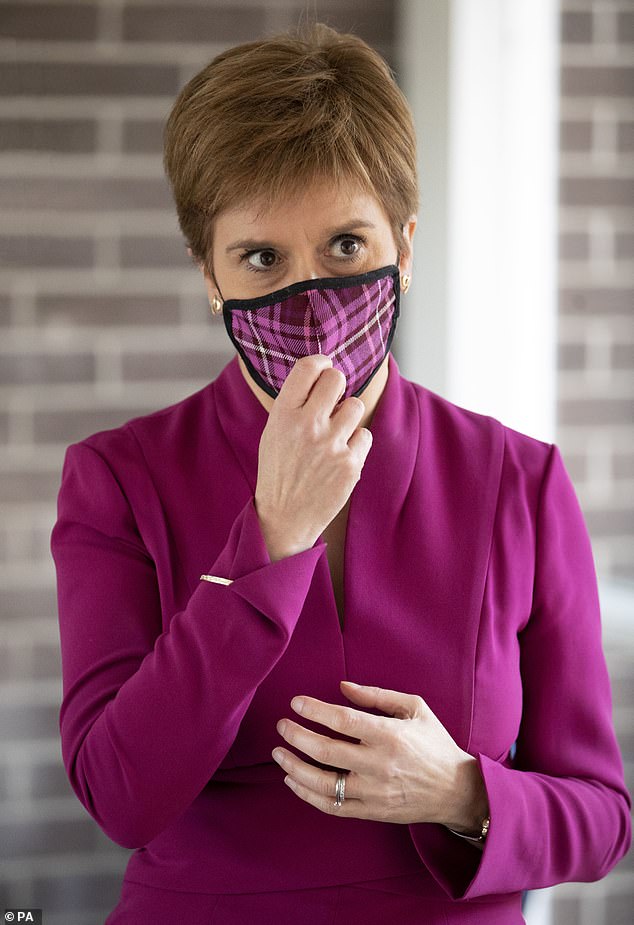 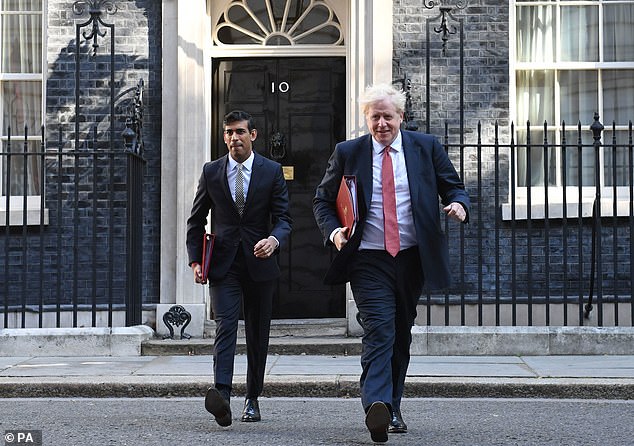 Announcing her legislative agenda, she said suppressing Covid-19 is ‘our most immediate priority – and it will remain so for some time’, but her Government would use the disruption of the pandemic to ‘rethink how we do things’.

Addressing the ‘self-sabotage’ of Brexit, Ms Sturgeon said leaving the EU ‘strengthens the case for Scotland becoming an independent country’.

Unveiling the Programme for Government, the First Minister told MSPs that if she had free reign it would also outline plans for an extension to the furlough scheme, more borrowing, a looser immigration system and a universal basic income.

She said a new draft Bill will be drawn up setting out the timing and terms for a new independence referendum, as well as the question to be asked to voters if it is given the green light by Westminster – something Boris Johnson has insisted will not happen.

She added: ‘Then, at next year’s election, we will make the case for Scotland to become an independent country and seek a clear endorsement of Scotland’s right to choose our own future.’

The high-stakes battle over the future of the union has been escalating, with polls showing the coronavirus crisis has boosted support for independence north of the border.

Ms Sturgeon previously claimed she had put aside the issue during the chaos, with planning for a fresh vote ‘paused’, but has faced accusations of trying to use the situation for political advantage.

In the 2014 referendum – billed as a once-in-a-generation decision – Scots voted by a convincing margin of 55-45 per cent to stay in the UK.

But a Panelbase poll last month found the mirror opposite.

When undecided voters were excluded, 55 per cent favoured Scotland leaving the UK, with 45 per cent preferring to stay in the union.

Overall, 51 per cent of those questioned said they support independence, 42 per cent said they would vote to stay in the UK and 7 per cent of voters were undecided.

The traction for Ms Sturgeon’s separatist cause has sparked growing alarm in Westminster. 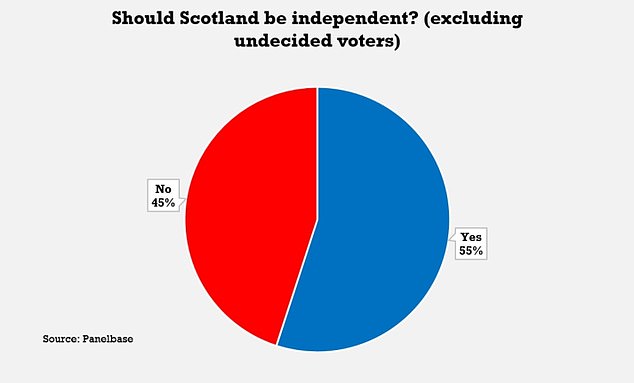 A Panelbase poll last month found when undecided voters were excluded, 55 per cent favoured Scotland leaving the UK, with 45 per cent preferring to stay in the union

Rishi Sunak was dispatched to Scotland earlier this month to stress the scale of the financial support allocated by Westminster.

Figures published last week showed funding allocated to Scotland is much higher per person than that for England.

Spending on public services is equivalent to £14,829 per person there, some £1,633 per person higher than the UK average.

In another sign of the government’s determination to strengthen the bonds of union, Mr Johnson spent his ‘staycation’ north of the border with fiancee Carrie Symonds and their baby Wilfred.

Ms Sturgeon was branded ‘petty’ yesterday for demanding  the words ‘UK’ and ‘Britain’ are dropped from the branding for a nationwide festival.

The Scottish Government has objected to the working title of ‘UK Festival 2022’ for the event – aimed at celebrating the best of Britain.

Initially announced by former Prime Minister Theresa May in 2018, planning is well under way for the £120million celebration.

At the time, Mrs May said it would help to strengthen ‘our precious Union’ with events to take place across the four nations.

END_OF_DOCUMENT_TOKEN_TO_BE_REPLACED

END_OF_DOCUMENT_TOKEN_TO_BE_REPLACED
Recent Posts
We and our partners use cookies on this site to improve our service, perform analytics, personalize advertising, measure advertising performance, and remember website preferences.Ok